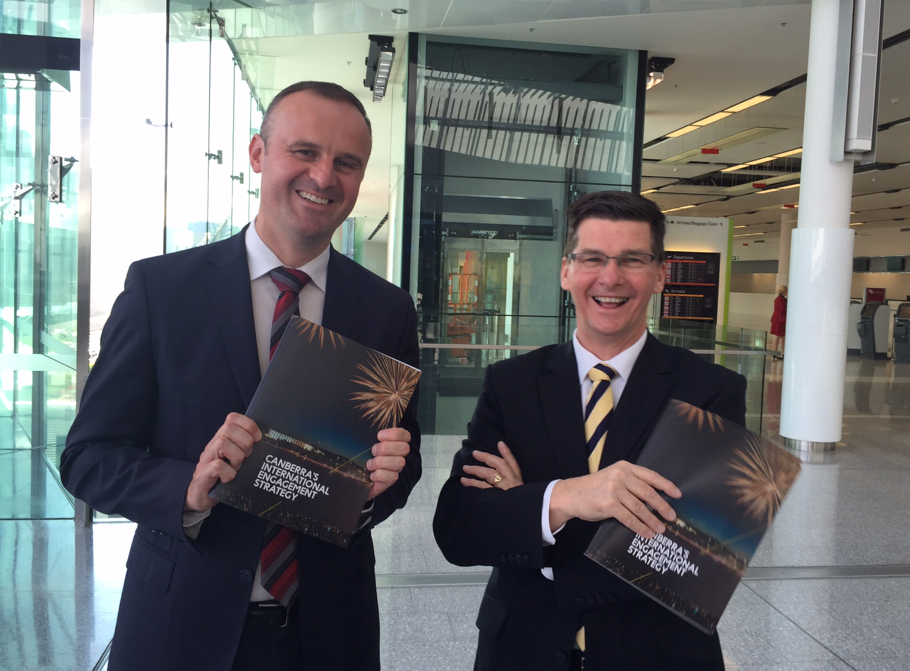 The commencement of direct international flights into Canberra Airport has helped boost the number of international visitors to the Territory to record levels, with 207,859 overseas travellers visiting the capital in calendar 2016.

Figures released in Tourism Research Australia’s International Visitor Survey show that Canberra’s international visitor numbers increased by 6.5 per cent on 2015’s results. Growth across the holiday and visiting friends and relatives sectors contributed to this increase.

International visitor expenditure also grew to new record of $452.2 million, representing an increase of 14.7 percent – more than double the national average of 7 percent.

Visitors from Singapore increased by 73.5 per cent in 2016 after Singapore Airlines began regular flights to and from Canberra.

ACT Chief Minister Andrew Barr said the figures “reflected the Government’s efforts to be more internationally engaged” and noted that the city’s tourism industry supported the economy by employing over 16,000 Canberrans.

“We look forward to seeing further positive results as we work towards growing the ACT’s overnight visitor expenditure to $2.5 billion by 2020,” he said.

One Response to Overseas visitor numbers up 6.5pc in ACT
Filter
Showing only Website comments

With increased visitor numbers it is not before time that the ACT Government is finally inplementing a public transport bus service to and from the Canberra Airport.

Many people have wanted airport public transport for some years now. I am sure that the new service will do well if it is properly promoted by the ACT Government, has good signage at the airport and adequate provision for luggage.

Futureproof - 8 hours ago
Vote early, vote often. Will voter ID solve this?... View
kenbehrens - 9 hours ago
Stephen, as it turns out, School ID cards are a thing, if you work in a school you'll need a Working with Vulnerable People's... View
franky22 - 13 hours ago
I take it that the 55 senators are part of the nutjobs still claiming that the election was stolen from Trump ? View
News 2

Frank Spencer - 8 hours ago
Leaf litter makes the best compost. View
TimboinOz - 9 hours ago
Leaf-litter!!! At home? Buy a 2 or 3 layer worm-farm and start gardening. Even if it's just for salads until Autumn. And, eve... View
News 3

Helen Roberts - 9 hours ago
I welcome FOGO in Cook. We are more able to separate food scraps. For example I have found that the coffee capsules we used t... View
Scott Harvey - 10 hours ago
Most people don't buy organically grown fruit and veg therefore the scraps aren't organic either. You cannot add non organic... View
Lifestyle 19