Connecting people and supporting
business for 100 years
23 May 2022 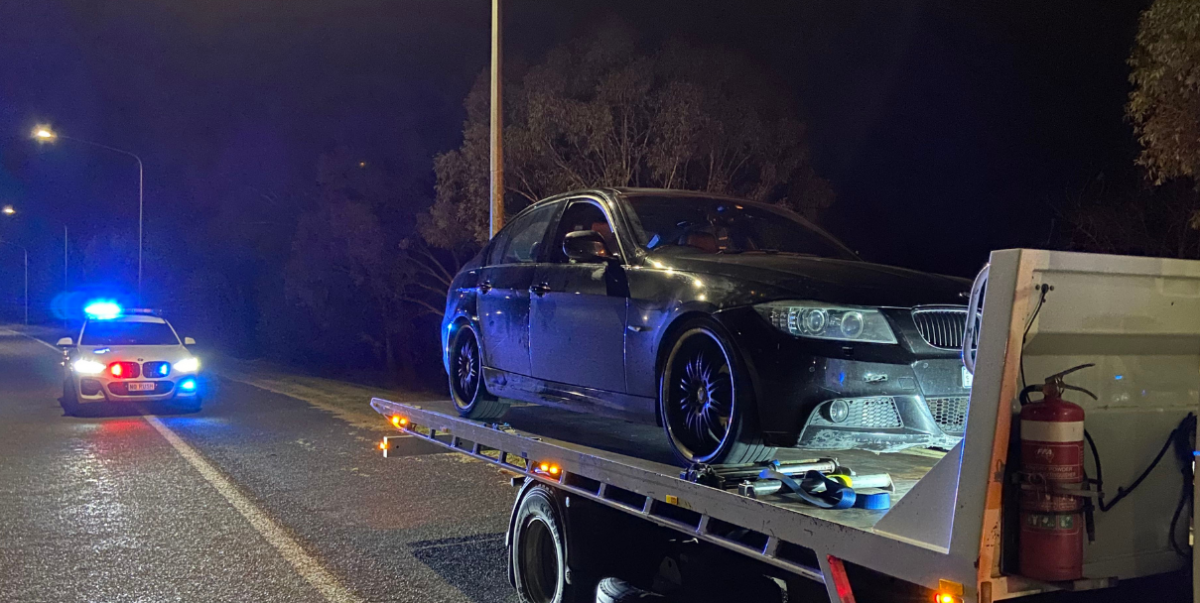 ACT Policing has seized the car driven by a 24-year-old Dunlop man after the driver allegedly admitted he was attempting to race a police vehicle.

At about 8:30 pm on Sunday (22 May), officers conducting patrols in Florey observed a black BMW 323i sedan accelerate away from them at speeds of up to 161 km/h in the 80 km/h zone on Ginninderra Drive.

According to police, when the driver stopped as directed by police, the driver said he thought the police were his “mates [were] trying to race” him. The driver confirmed to the officers he was attempting to race their fully marked police vehicle and stated he had only recently regained his licence after losing it for speeding.

Due to the admissions allegedly made by the driver that he believed he was participating in a street race, his vehicle was seized.

The provisional licence holder will face court on a date to be fixed.

Penalties for street racing include significant fines and loss of licence.

READ MORE Another death in horror month on ACT roads

ACT Road Policing Acting Inspector Steve Booth said he was dismayed by this incident after three fatalities had been recorded on ACT roads in the preceding three days.

“It is difficult to express my incredulity at driver behaviour like this example,” Acting Inspector Booth said.

“Less than 48 hours before this incident, about a kilometre down the road, my officers and I spent several hours attending the scene of a crash where a man had died.”

While the investigation into that incident, and two other deaths since Thursday night are still progressing, Acting Inspector Booth said he would be “very surprised” if excessive speed was not a major contributing factor in all three cases.

“I have a simple message to drivers, and it does not change: slow down.”

Car should be crushed!

Our hoon (bogan) laws are very weak. Your lucky to even see police on our roads anymore. At least once a week I can hear cars racing along Athlon and Yamba Drv, or doing burn outs for at least 2 minutes. They know the police won’t show, they simply don’t exist.

Last weeks crash on Hindmarsh a terrible example of what can and does go wrong when weak laws are enforced by invisible police officers.

OMG – 80kmh over the limit, and this muppet has just got his licence back after having it suspended. Obviously the fine and suspension meant nothing to him, so time for a sojourn at the AMC motel.