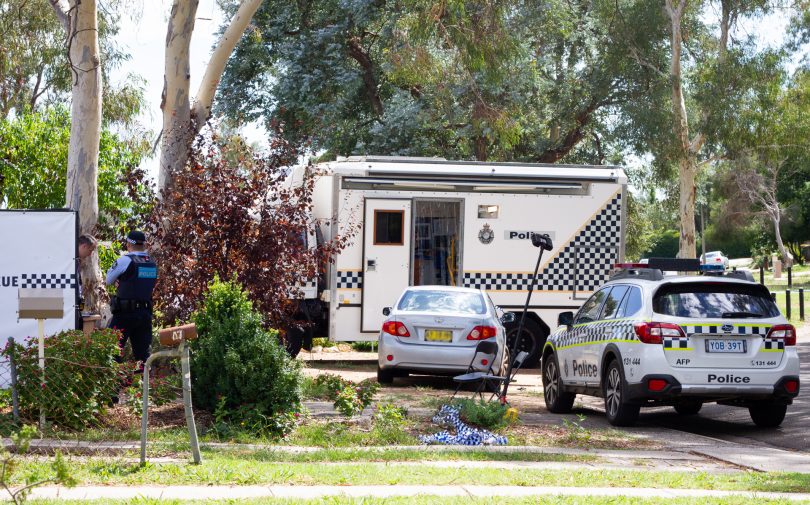 The man fighting accusations he killed Michael Williams in Page will be examined by a mental health expert.

Wajid Kakar, a 35-year-old Afghan national, has been charged with murder over the death of 34-year-old Mr Williams on 20 February and the attempted murder of two other people.

Previously, police said they were called to Braine Street in Page over reports of a disturbance, and a man who allegedly rushed towards officers was tasered before they discovered Mr Williams.

They said a 28-year-old man, a 20-year-old woman and Mr Kakar were taken to hospital for injuries they received during the incident.

Mr Kakar has pleaded not guilty and appeared over the phone in the ACT Magistrates Court on Thursday (8 July).

His Legal Aid lawyer, Dr Jan de Bruin, said his office had received a copy of the legal documents for the matter and was working through them, requesting an adjournment for that purpose.

He said a forensic mental health report could be ordered in the meantime.

In April, Dr de Bruin had told the court he was exploring a defence of not guilty by mental impairment.

On Thursday, Magistrate Beth Campbell said a psychiatric or expert opinion relating to criminal responsibility would be ordered.

She remanded Mr Kakar in custody to appear again in court on 16 September.

The court process is slow enough without waiting for forensic mental health reports.

The offender should’ve been assessed by them shortly after the events in February.