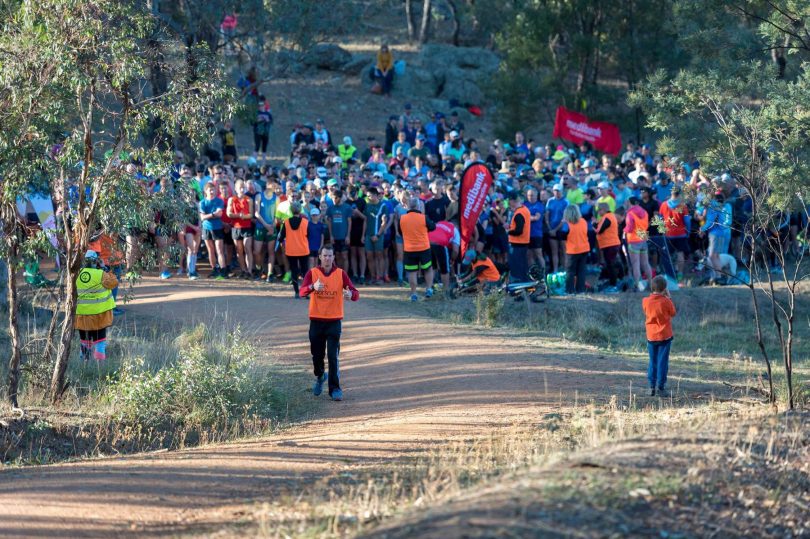 As someone that had been overweight for the last 30, of my 49 years, and recently took some drastic steps to lose weight (I’ve lost 30kg in the last three months and am half way to my goal weight of 80kg – do the maths), I have started to exercise again.

So what is Parkrun?

About two weeks into my new walking regime I saw a post on Facebook for a new Mount Ainslie Parkrun that was commencing on Saturday 28 April. So I followed the link and found out that it was a free 5km run (walk, jog, skip … hop) starting at the back of the War Memorial and heading around the base of Mount Ainslie. All you had to do was register, print off your barcode and turn up to the event.

After signing up my wife and daughter I continued to receive updated posts leading up to the day. I was really impressed so I dug a little deeper.

The first ever Parkrun was in Bushy park, Teddington, UK, where 13 parkrunners got together in 2004.

Parkrun spread to Australia in 2011 and has exploded across the country. There are now seven Parkruns in the Canberra region each Saturday morning starting at 8 am. They are located at:

Across Australia there are now 308 Parkruns, with 435,000 runners that have run a combined distance of almost 25 million kms – with the total combined hours run being 305 years and 207 days …

Being someone that is intrigued by statistics I share with you below the next top 10 interesting statistics for Parkrun Australia:

But I digress. Back to the latest Parkrun to launch in Canberra, Mount Ainslie.

My wife, daughter and I turned up to the pre-race briefing at the back of the Australian War Memorial at 7:45 am on Saturday 28 April. To our delight there were just over 400 people there for the event.

After the pre race briefing, welcome to country and shout out to visiting Parkrunners (Perth, UK etc), we were off!

I won’t bore you with the details of my ‘run’ (see walk, plod, drag …). Except that I came in third … in our household of three. 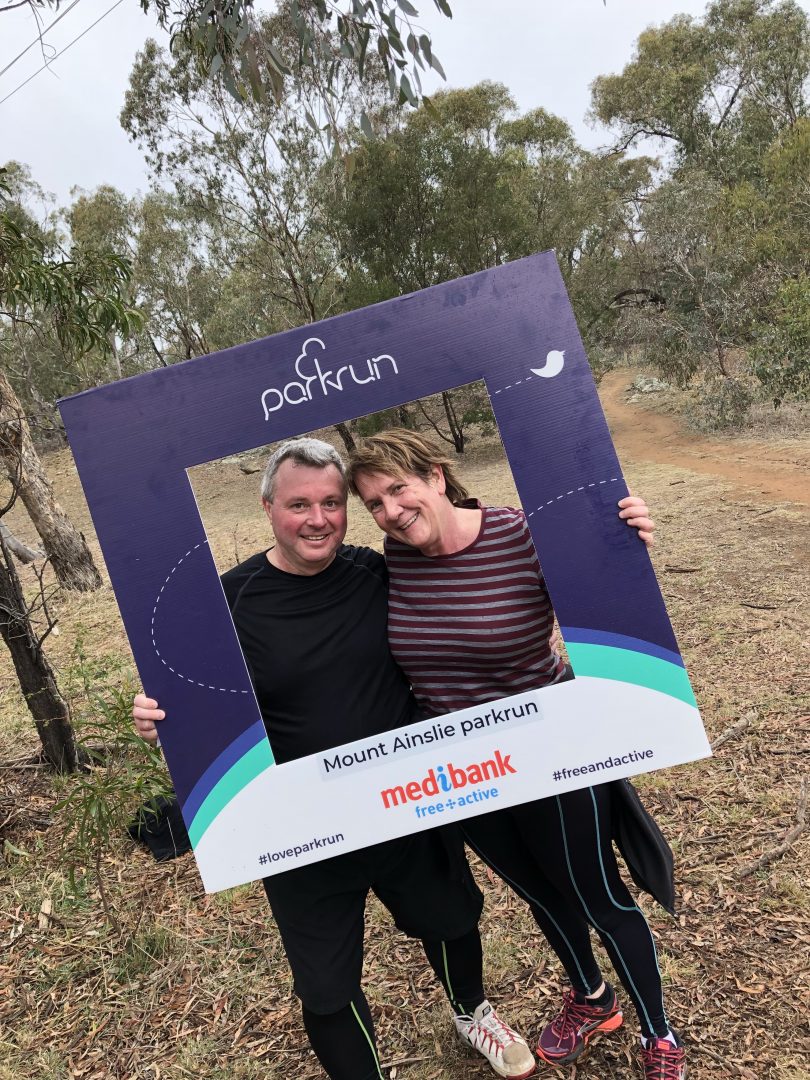 I’ll be there this Saturday and the next … so come on down and join me and the ever growing number of Parkrunners in Canberra and around the globe … register now.

Wonderful story Tim. Very inspiring! I now want to go on a Parkrun except I really don’t like that time of 8 am on a Saturday. Can someone please invent one for late afternoon...please please.

Here is my story so far on parkrun http://www.mygungahlin.com.au/posts/my-parkrun-century-and-not-out

Sounds great! Is there anything around the Woden area?

parkrun is the best! easy to get caught up in the vibe and so supportive... everyone is super friendly

Everyone has been incredibly supportive and encouraging.

Tip: even though it’s called ‘parkrun’ you can walk, run or a combination. It’s a great fun way to start your Saturday. Tip #2 Mt Ainslie is one of the hillier parkruns, so if you want to start easy, try Gunghalin or Burley Griffin first

Yes it goes up and down a bit, but it it is very beautiful up in the reserve.

Tim Benson when you conquer Ainslie next challenge Queanbeyan 🙂