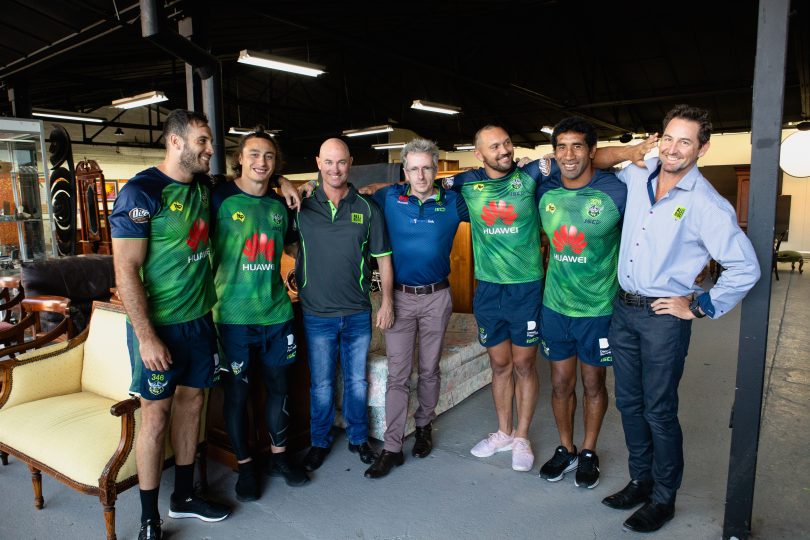 It’s a definite sign of a strong community – those who have, helping those who need it most. And it needn’t be with money either. Many people in Canberra appreciate support that reaches far beyond the value of a dollar, such as a friendly ear, a leg up, or some much-needed advice.

Last Sunday, Raiders players who went head to head against the Sea Eagles at GIO Stadium signed their jerseys for sponsor Huawei. Huawei has put them up for auction on ALLBIDS in support of Deaf Australia, which provides programs that aim to improve the lives of deaf people in our community.

Footy lovers have until this Sunday at 7pm to grab their favourite Raiders’ jerseys, with ALLBIDS directing 100% of the proceeds to the charity.

Rob Evans, CEO of ALLBIDS (which is also a Raiders sponsor), says Huawei have gone above and beyond with other initiatives involving the Raiders, and Raiders players show their personal support for people in our community in many other ways too.

“Raiders players are also heavily involved in Menslink, a local charity that helps young guys in our community make it through tough times. As sporting heroes, young men look up to the Raiders players and many gladly give up hours of their time to be mentors or role models. 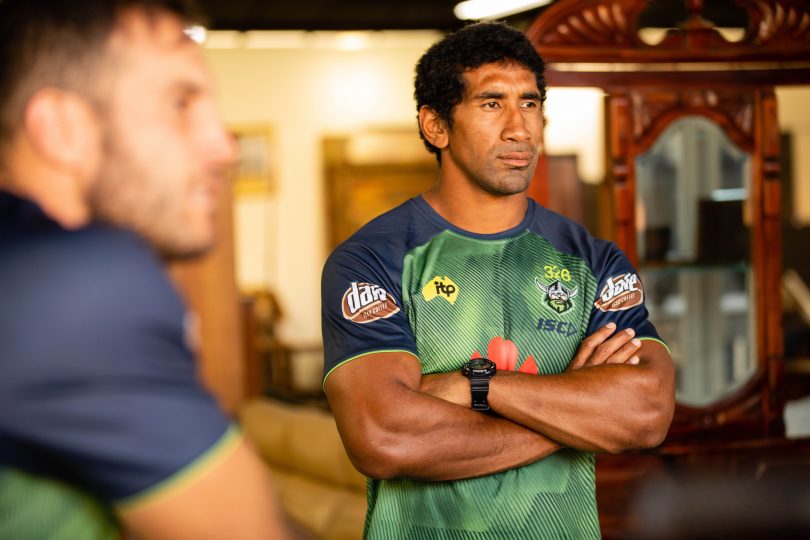 “I have also recently become a Menslink mentor and it’s been a fantastic decision that’s been just as beneficial for me so far as I hope it is for him.

“My own dad recently passed away, and I was blessed to have such a magnificent mentor in him. It made me realise that other guys may not be lucky enough to have that experience with their own dads, so I wanted to pay it forward.” 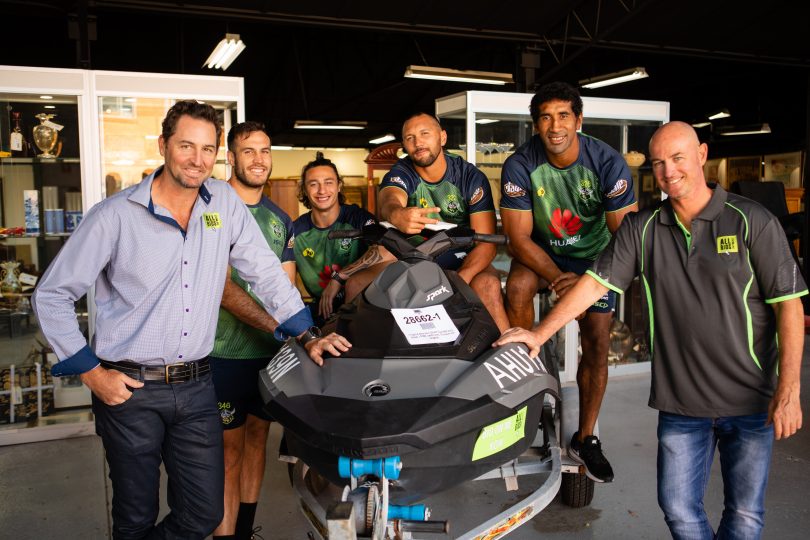 Rob and Morgan Evans with Raiders players at the ALLBIDS warehouse in Fyshwick.

Rob’s brother, Morgan Evans, also pays it forward by offering his mentorship to Raiders players. “These are often young guys who are renumerated well, and benefit from guidance on how to plan for their future,” says Rob. “As a successful property investor, Morgan (who is also a Director of ALLBIDS and manages the online platform’s car auctions) has coached numerous players on buying their first home or investment property which helps secure their lives after football.”

Rob says sponsorships and support for charities in our community is a vital role all businesses and those who have in our society should play. 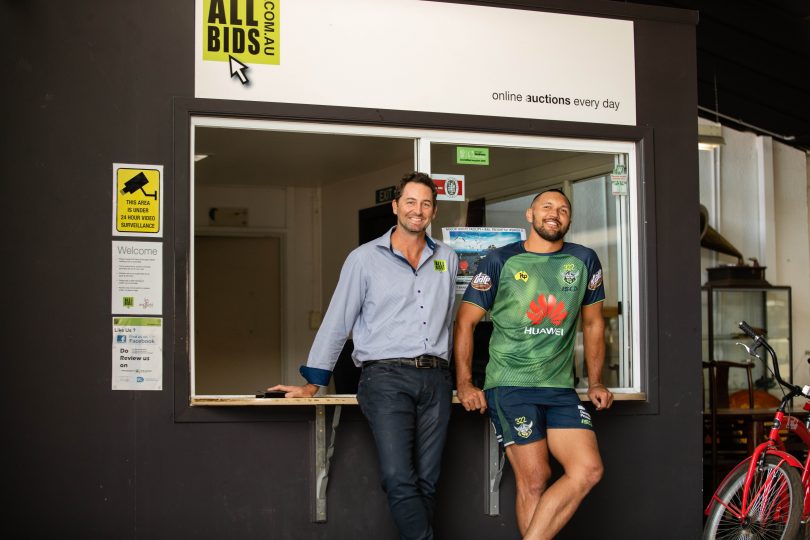 “There are so many generous businesses and people in Canberra that do their part to pay it forward. And that’s the way it should be – good citizens and good corporate citizens. It doesn’t have to be money either – it can be advice, products or services, or time. But it’s about looking outside your bubble and using what you have to help those who need it.”

To show your support for Deaf Australia by bidding on a Raiders jersey, visit ALLBIDS.

To learn more about becoming a Menslink mentor, visit Menslink.