Peace for our time at ACTION 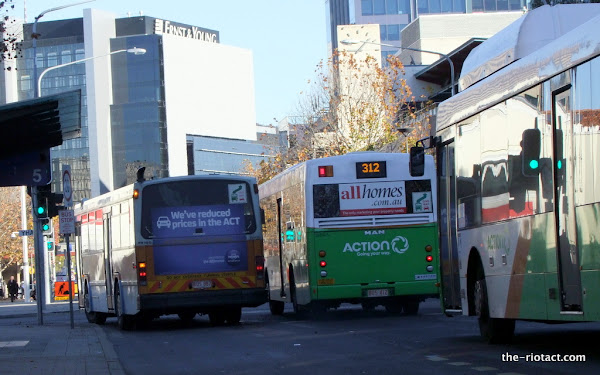 Mr Corbell said the ACT Government is pleased to announce a breakthrough in negotiations between ACTION and the AMWU resulting in an in-principle agreement on the remaining issues that are outstanding in the ACTION Enterprise Agreement.

“As such, there will be no further industrial action taken by AMWU members. This is a win for ACTION, a win for the AMWU and most importantly, a win for the travelling public,” Mr Corbell said.

Simon neglects to mention the details of the deal, but the ABC informs us that there’s a $650 cash bribe being called a sign on bonus and a 2.5% pay rise.

Now we just have to appease the Transport Workers Union, and still no mention of workplace reforms needed to make a decent transport system rather than a gold plated workplace.

Nada Krstin - 5 minutes ago
Jo Hann see my recent post to reply to your "if you pay tax, you should have an option to vote for the government that spends... View
Nada Krstin - 31 minutes ago
Jo Hannwow Jo, so you are a subject matter expert in employing tradie apprentices? You have been an employer have you? Plus a... View
What's On 16

Warren Price - 9 hours ago
Emma Turner if you have never been to a game and wanting to, just heads up this year due to Covid, tickets to home games are... View
show more show less
*Results are based on activity within last 7 days