Pete’s off to the pinball world championships 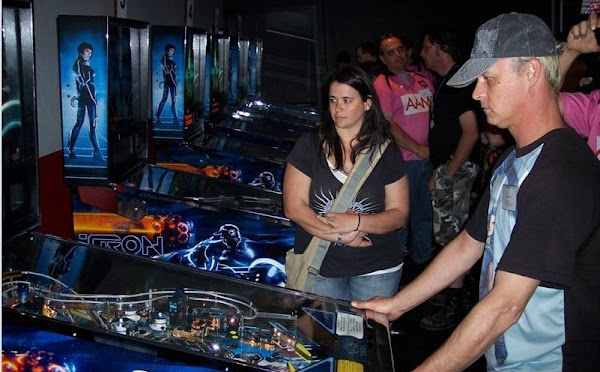 We’ve had the intriguing news in that Canberra’s Peter Menzel is off to represent Australia at the ninth annual International Flipper Pinball Association (IFPA) World Championships on Bainbridge Island, Seattle USA, on 8 June 2012.

The top 64 pinball players from 12 countries will go head-to-head in the three day competition, which is being hosted at former NBA basketball star Todd MacCulloch’s private mansion, home to his collection of over 80 pinball machines.

A former Canberra public servant and IT professional with the Commonwealth Department of Health and Ageing, 47 year old Peter decided it was now or never to follow his passion of pinball wizardry, first sparked as a 10 year old playing the pinball machine in the corner of his local greengrocer. He threw in his day job and started working part-time at a business that supplies and fixes pinball and arcade machines, allowing him to hone his talents on the flippers.

“Mum always said I’d never amount to anything because I was spending too much time playing those silly pinballs. Well, look at me now Mum!” said Peter.

And on that note there’s really only one way to take this out:

Rob Quarmby - 9 hours ago
Most I’ve ever seen around my area this year hadn’t seen them for a long time before this... View
Daniel Palmer - 11 hours ago
Minus the fires, has me stumped why. View
The Garden, botanicus perfectus - 14 hours ago
Ann Gottaas View
Lifestyle 16