Pialligo Estate: The Butcher, The Baker & The Merrymaker

Canberra is cold in winter. Sometimes it even snows. This is something often wielded by non-Canberrans as an excuse not to visit, an example of what is wrong about Canberra. 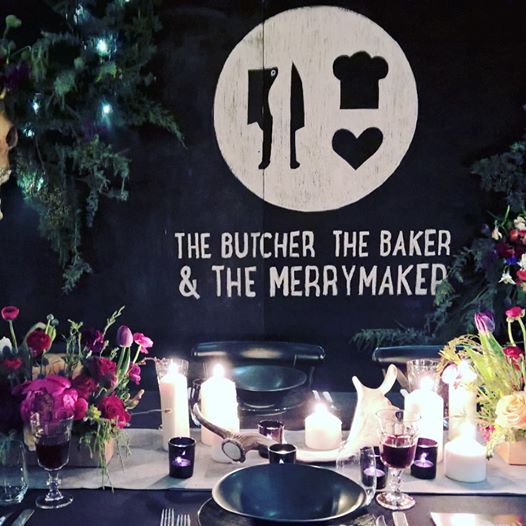 But some people actually like the Canberra cold. Pialligo Estate co-owner Rowan Brennan relocated to Canberra from sunny Queensland to play for the Canberra Raiders, and decided he liked it so much he would stay. “You can’t sit around the fireplace and have a red wine in Brisbane,” he said. “Canberra has far more to offer than probably anywhere else in the world.”

This philosophy of embracing what Canberra has to offer in winter was on display at the launch of Pialligo Estate’s winter 2016 series: The Butcher, The Baker & The Merrymaker.

Pialligo Estate will stage 12 winter and Christmas themed events from 1 to 31 July. There is a distinctly European feel to its events, designed deliberately to harness the cosy ‘Gemütlich’ feeling of northern hemisphere Christmas. The events go beyond Christmas bonbons and turkey – although for the traditionalists Pialligo Estate is hosting a Christmas Sunday Roast ($110 per person, $50 for children) and a Friday night Midwinter Christmas Feast (Christmas knitwear encouraged – $150).

Want to learn how to butcher an entire lamb? Grant Hilliard will show you how to do it at the feather and bone masterclass ($120). Or feast on feather and bone results ($145). Celebrate Bastille Day on 14 July with a special truffle dinner ($150). Or down some Wildbrumby Schnapps as part of a four-course banquet ($145) – beware, the butterscotch schnapps are very drinkable. 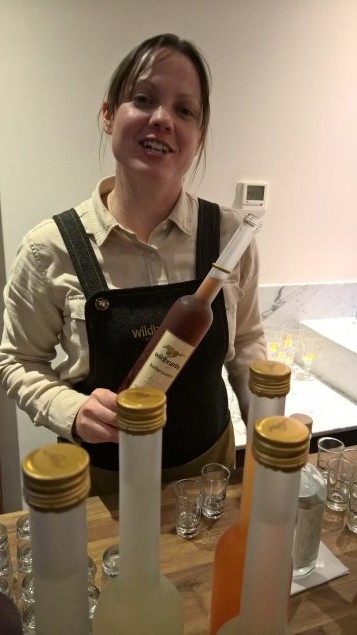 There are sunset drinks ($40), a four course degustation paired with beer from Pact Beer Co ($145), and a session with smokemasters and chefs ($145). I tasted some of Piallago Estate’s own smoked ham, hot rock salmon and gravlax at the opening, and let me just admit that I went back for thirds. 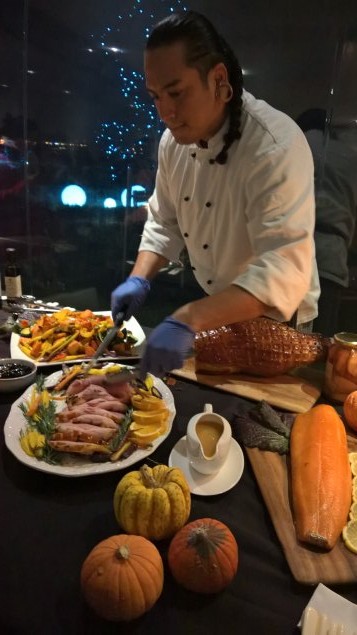 Carving the Piallago smoked ham, with hot rock salmon in the foreground

But perhaps one of the most social and fun events will be Kirsty’s Pudding Day ($150). Every year Kirsty invites a group of girlfriends over to mix pudding (using her mother’s secret recipe), chat and drink champagne – and then take puddings home ready for Christmas. Guests at Kirsty’s event on 3 July will enjoy a champagne lunch, make a pudding together and then home with pudding and bowl. 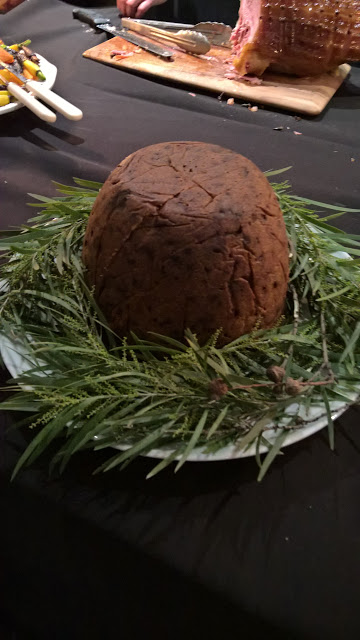 The events are not cheap (with the exception of the free Family Market Day planned for the finale), but arguably they are cheaper and more interesting than usual Christmas Day fare. “We are not doing this to make money, we would be lucky to break even,” explains Rowan. It is, instead, a celebration in honour of a Canberra winter.

Serina Huang attended the launch of The Butcher, the Baker & The Merrymaker at Pialligo Estate’s invitation. The views expressed are her own.

What: Piallago Estate winter series 2016: The Butcher, The Baker and The Merrymaker
Where: 18 Kallaroo Rd, Pialligo ACT 2609
Website: http://www.thepialligoestate.com.au/whats-on/the-butcher-the-baker-the-merrymaker/
Dates: 1 to 31 July
Phone: 02 6247 6060

2 Responses to Pialligo Estate: The Butcher, The Baker & The Merrymaker
Filter
Showing only Website comments

Wow, that is not cheap that’s for sure. Nice for those who can afford it I guess.

Paying $120 to watch somebody bone a lamb is out there, especially when you have to pay another $145 to eat it.

I reckon my local butcher would let me watch for a slab.

Wow, that is not cheap that’s for sure. Nice for those who can afford it I guess.

Samuel Gordon-Stewart - 24 minutes ago
It should be noted that 2CA is not, as described in the article, a commercial talk station. It is a music station. 2CC is cor... View
Nicholas Love - 3 hours ago
Chris Olsen I appear to be the person that listens to 2ca? Not many in my age bracket it would seem 😎 View
Kat Rothwell - 4 hours ago
Y'all just beige View
Opinion 61

Sam McCracken - 1 hour ago
Betty Meiksa I didn’t get that feeling at all from Jennifer’s comment. She’s saying that you should continue your tenan... View
B-rad McDonell - 1 hour ago
Housing should be a base human right. There’s zero reason we shouldn’t have basic public housing available to all that ne... View
Ruth Donnellan - 2 hours ago
Kerry Crampton the police can't force people out of properties, only if they've been evicted and don't leave. View
Food & Wine 46

Paddock to plate perfection at Pialligo

UPDATED: With contact-free pick up at Pialligo Estate, there’s no need to miss out on your favourite fare

Yoga, wine, and good for the waistline: Vino and Vinyasa’s winter edition at Pialligo Estate