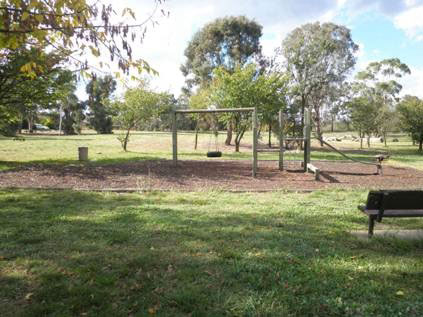 Territory And Municipal Services have announced they’re planning to upgrade ten playgrounds (or “playspaces” for the jargon hungry) and want community input into the upgrades. (There could be a fantasy castle in it)

The upgrades are going to:

Black Mountain Peninsula is also getting the works but they don’t appear to want your input as urgently there.

Wish they could look at Monash Fitness Track, Its not so fit at the moment and really needs a refresh.

Carly Maree - 6 hours ago
I love how people act surprised when this city has some of the worst crime I’ve ever encountered? I lived in Sydney for 8 y... View
theroundone - 18 hours ago
Who's getting punished, though, asides from law abiding rates payers in this city? A racial or sexist epithet is treated more... View
News 1

HiddenDragon - 9 hours ago
The report aired on ABC Canberra news tonight about the devastating impact of the hailstorm on important crop resilience rese... View
News 12

mark boast - 10 hours ago
Why the rage against e-scooters? I ride the paths a lot on my bike and for the most part I see people behaving well and enjoy... View
Food & Wine 28

Rohit 'Swarley' Singh - 14 hours ago
The old demand a 50 upfront then charge you cause you're cooked again View
Buck Johno - 1 day ago
From what I remember of night rider busses it was only over summer. View
News 7

Government to spend $2.15 million to spruce up Canberra’s playgrounds

@The_RiotACT @The_RiotACT
The Dirty Sunflowers will be joining Slagatha Christie & Highland Light on stage this week. Find the details in our latest Gig Guide https://t.co/dJxSjsQRbd (7 hours ago)

@The_RiotACT @The_RiotACT
Multicultural Eats: Where to find the best Indonesian food in Canberra https://t.co/v5lPRYRs5P (9 hours ago)

@The_RiotACT @The_RiotACT
The ACT Government's about to launch its biggest-ever domestic tourism marketing campaign. What experiences would you promote to Australia? https://t.co/Oe3GbmEsGw (11 hours ago)