The John Knight Memorial Park on the shores of Lake Ginninderra is a potential wonderland for Canberra families. Whether you want to ride scooters, watch ducks or have a turn on the flying fox, John Knight has it all. This week I had some older experts, Josh (11 years) and Sophie (8 years), to show me around one of their favourite local parks. 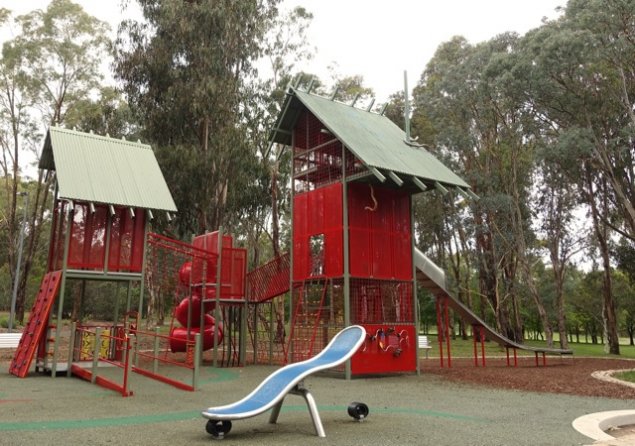 John Knight Park has two play equipment areas, a flying fox and an interactive water trail. Both of the play equipment areas feature activities for different ages. For younger children, there are ground level puzzles and steering wheel that are accessible on foot or via a low level and wide set ramp. Other than these, the rest of the equipment is better suited to older children who enjoy climbing, balancing and going down slides. 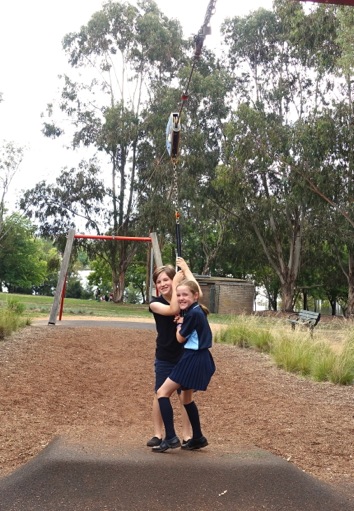 The snake playground (as its decorations lead it to be called), has a large rock climbing wall that Josh immediately went for as his entry to the two towers of the playground. Sophie preferred to climb the ladders to the top of the tower and take the slide back down.

Both experts were adamant that their favourite feature of the park is the flying fox, even when they had to line up for a turn! 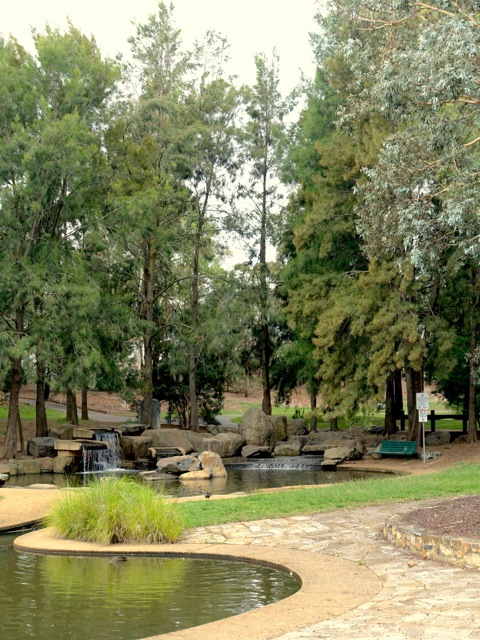 For grown ups, there are benches and rock walls to sit on when all the playing tires you out. The local gumtrees provide excellent shade and respite from the heat of the day. The gums shelter the flying fox, the snake playground and the water trail. The other equipment is under two shade cloths which keep it pretty cool as well.

The water trail is a unique feature, with three pond areas and a stream that runs from the top of the park down to the lake’s edge. The residential ducks provide natural entertainment and if you are lucky you may even see some ducklings! 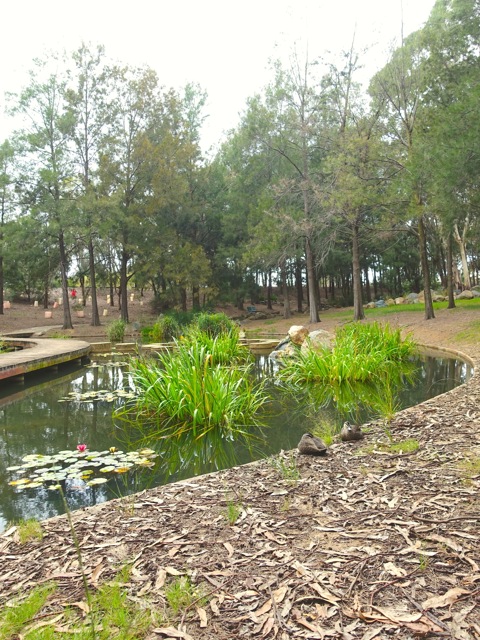 Within the park there are also barbeques and sheltered picnic tables, bins, public toilets and water bubblers. Parking is easy and close-by; it’s free for three hours. There are many grassy areas to set up a picnic, play a ball game or just relax and listen to the birds. If you forget to bring snacks though, it’s a short waterside stroll to the Belconnen Mall to refuel for more playing.

The experts and I had a great afternoon exploring the John Knight Memorial Park and I was told that because there are so many things to do, “It never gets boring!”

What: John Knight Memorial Park
Where: Eastern shore of Lake Ginninderra, Belconnen (access via Aikman Drive)
When: Open seven days a week, 7am-10pm (during daylight savings), 7am-9pm
Parking: Easy and close, on Townsend Place (Via Aikman Drive)
Recommended for: Children and their families, three years and up

I remember going to this park as a child, Im pleased to see the improvements, and that the snakes made it through the reno’s!

Lin Van Oevelen - 13 hours ago
Julie Maynard I know. You're preaching to the converted. :) View
Lin Van Oevelen - 19 hours ago
Kevin Hodder It has long been known that the infection fatality rate is significantly lower than the case fatality rate. Late... View
Darron Marks - 20 hours ago
And how many people can go and get this blood test ? I would personally like to know if I have any antibodies for it ?... View
Food & Wine 5

Tara Murray - 17 hours ago
Jason Livingstone not to mention the cull after that which in my opinion wasn’t necessary... View
Jason Livingstone - 19 hours ago
What was the number of wildlife lost due to the fires? 2020 has not been good to wildlife.... View
ACT Election 5