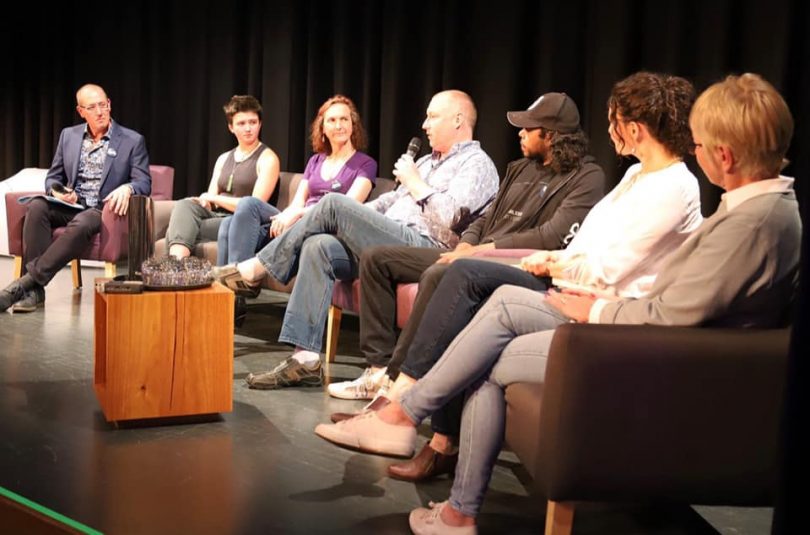 The Festival of Open Minds attracted some of the nation’s big thinkers to regional NSW, but loud in our mind was always making a place for local voices to take centre stage and be heard.

The theme for Open Minds 2019 was ‘People With Oomph’, inspired by Bega Valley musician and songwriter Damon Davis and his song of the same name. 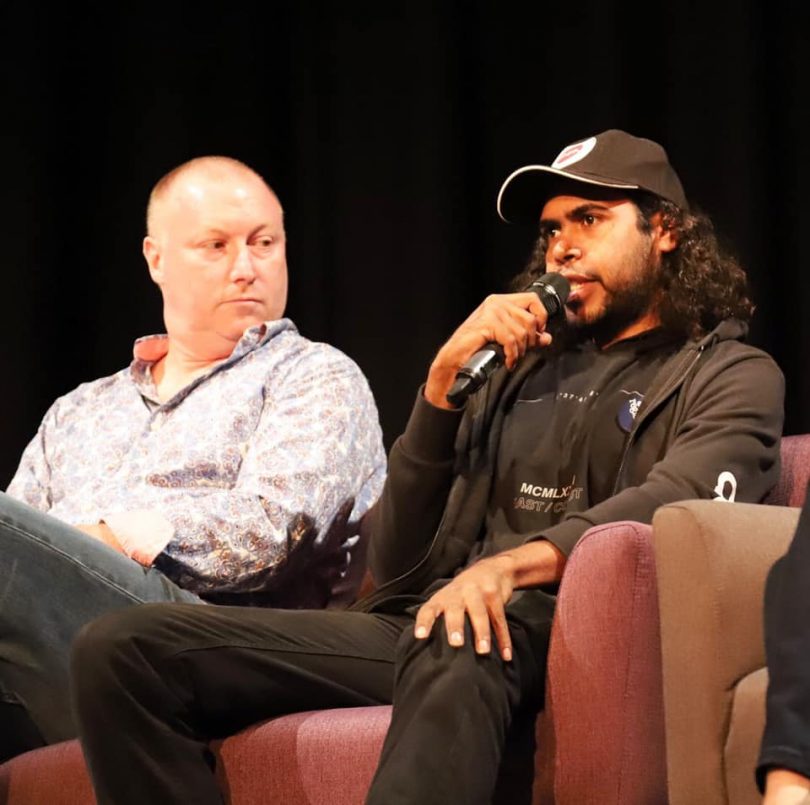 On the other hand, our ‘Panel of Oopmh’ boasted people from the hills and beaches of the Bega Valley and Eurobodalla, locals who have been spurred into action by a need they see in their community and in themselves.

It was a wide-ranging discussion across many and varied experiences, and proof that great people – people of insight, passion and depth – are not far from our shoulder. 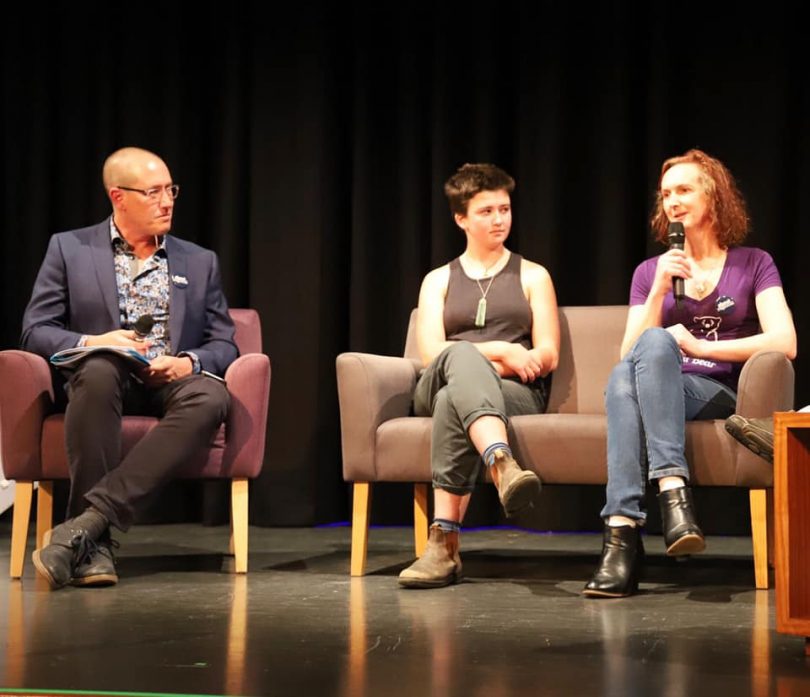 Audience member Peter Howe penned this poem on the back of the experience:

And I found it

Emerging from the 40-minute panel discussion was a sense of identity, one forged in a relationship with First Nations People, one connected to the environment, one connected to each other, and one of embedded compassion, tolerance and understanding. 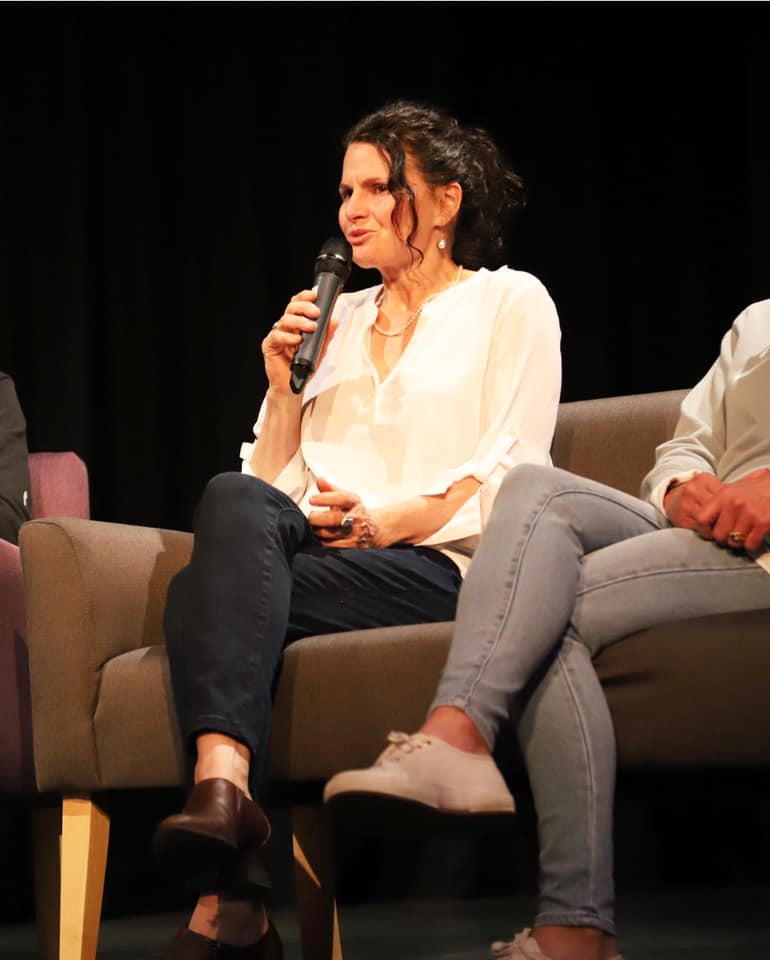 Leading the discussion were:

Louise Brand, who was enjoying retirement with her husband David when he was killed while riding his bicycle with friends in a road rage incident on Mount Darragh Road, west of Pambaula in June last year.

Louise now has a new life mission, to change attitudes, raise awareness and make our roads safer for all.

Erica Dibden, who is passionate about food provenance, sustainability, agriculture and nutrition.

Along with her husband Nic, Erica manages a large family, a herd of Jersey cows, and the burgeoning Tilba Tilba cheese and dairy business, Tilba Real Dairy. 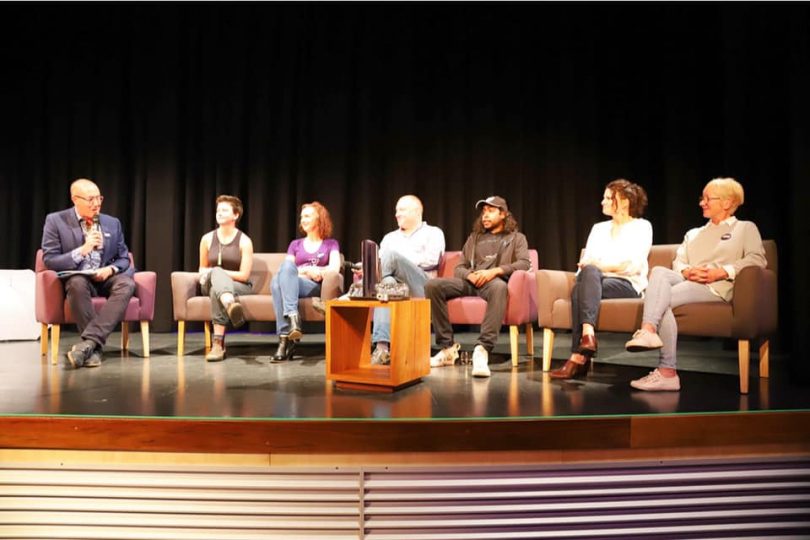 Warren Foster Jr is a Djiringanj performer and creator, and a founding member of the Gulaga Dancers. He runs a regular Friday Hip Hop event at the Grand Hotel in Bega, and is a mentor for the music development organisation, Grow the Music.

For Hannah Doole civil disobedience is part of how things change.

Since finishing school in Bega, Hannah has been on the frontline of climate action in Queensland.

Like many people around Australia, Darren Jones wanted to do something to help in response to the Tathra and District Bushfires of March last year. What happened next was the Band Together Music Festival, which raised $160,000 for the Mayor Bushfire Fund. Band Together Two is happening on November 30 at Wolumla Rec Ground. 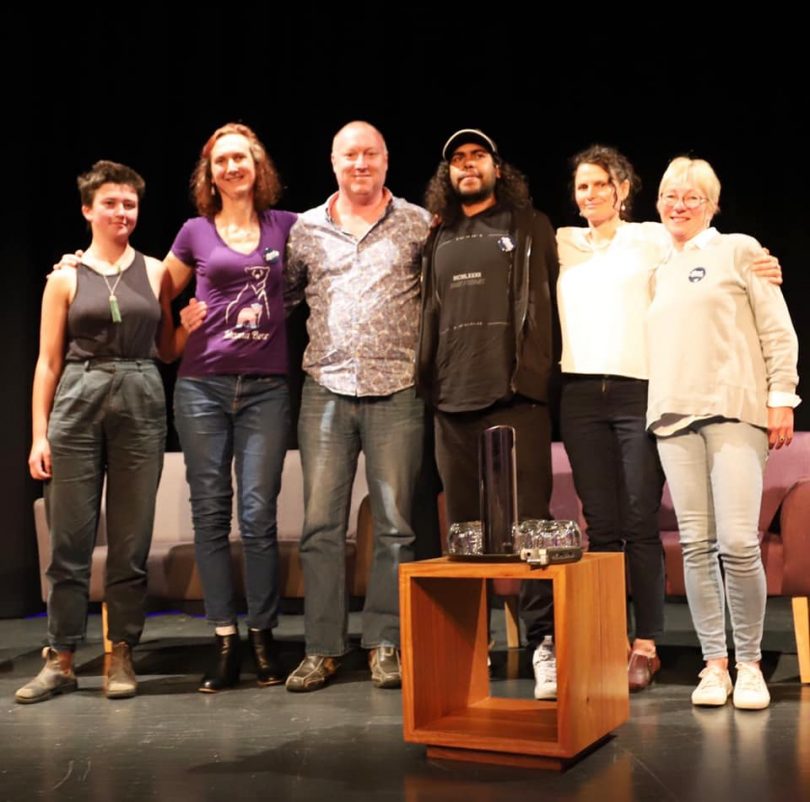 The Eurobodalla’s Kate Toyer said she wanted to be two things when she grew up, a veterinarian, and a girl.

As a veterinarian, married with children, in 2011 she told her wife she wasn’t a ‘normal’ guy. In 2015, Kate started her gender transformation journey.