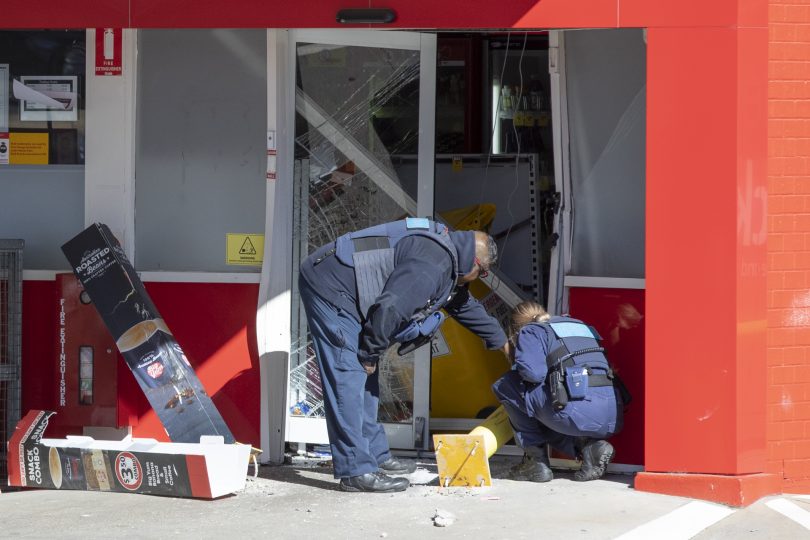 Police at the scene of the Curtin ram raid this morning. Photos: Michell Kroll/Region Media.

Police have arrested and charged a 33-year-old man after a Hawker chemist and Curtin petrol station were hit in ram raids overnight.

Around 3:25 am, police attended Hawker Discount Drug Store after a dark grey coloured Toyota Kluger was allegedly driven into the front of the store. The shopfront suffered significant damage.

One person entered the store through the broken glass door, before leaving empty-handed in the same vehicle.

Around 3:30 am, a second ram raid with a vehicle matching the same description was reported at the Shell service station in Curtin. 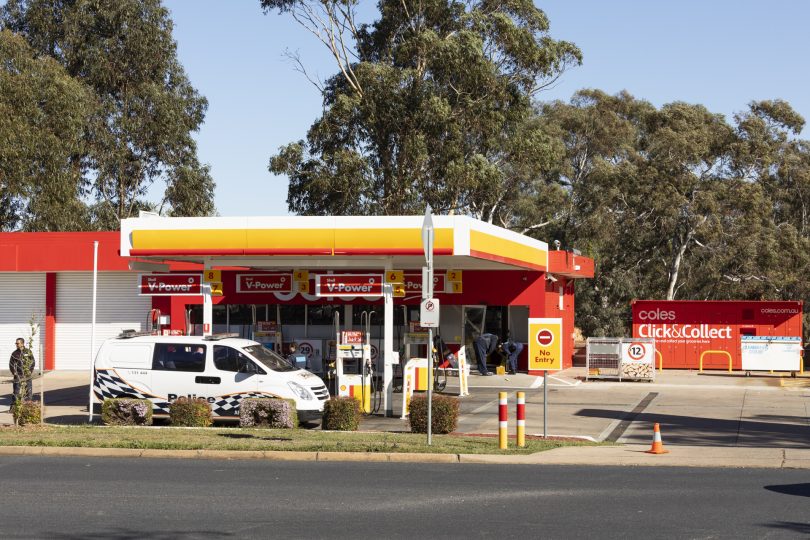 The service station at Curtin was also ram raided.

The car later was seen driving through the intersection of Melrose Drive and Launceston Drive, Phillip and on Athllon Drive towards Sulwood Drive. A vehicle matching the same description was located burned out in Monash at around 4:00 am.

Later this morning, police arrested a 33-year-old Gordon man in Monash, charged with two counts of aggravated burglary and breach of bail. He will face the ACT Magistrates Court this afternoon, where police will oppose bail.

Anyone with information that could assist police is urged to contact Crime Stoppers on 1800 333 000, or via the Crime Stoppers ACT website. Please quote reference 6446800. Information can be provided anonymously.