Police get new powers to deal with fortified gang properties 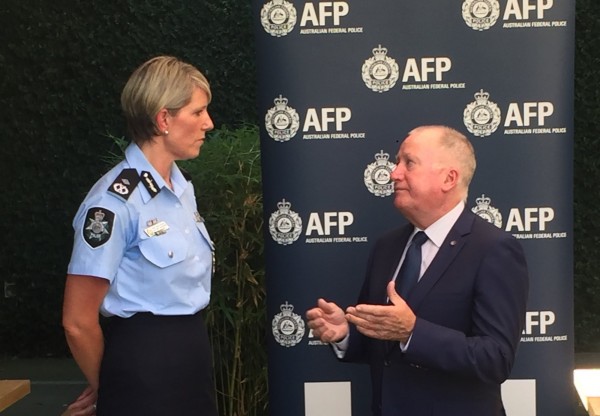 Police now have the power to remove fortified doors and gates from suspected criminal properties after the passing in the Legislative Assembly of new laws targeting bikies and other criminal gangs.

Attorney-General Gordon Ramsay said the Crimes (Fortification Removal) Amendment Act 2018 would add to the suite of laws already available to police to tackle serious and organised crime by allowing them to apply to actively remove obstructions on criminal gang premises, such as fortified doors and gates.

“They stop police from effectively executing search warrants as they delay police entry, providing the occupier of a property with time to vacate the property or destroy evidence of a crime,” Mr Ramsay said.

“Fortifications may also impact the safety of police officers who attend fortified premises to carry out lawful searches.”

Mr Ramsay said the new laws would allow the Chief Police Officer to apply to the Magistrates Court for an order directing a person to remove a fortification constructed on their premises. The Court can grant the order if it is satisfied that the property is connected to a serious criminal offence.

The legislation included safeguards to ensure police may only enter under specific circumstances and to ensure courts consider what a property owner’s view is before making an order.

“Canberrans can be assured they can continue to install reasonable security measures at their home or workplace,” Mr Ramsay said.

He also said the Government was committed to ensuring the safety of our community and targeting organised criminal gangs that pose a threat to public safety.

Minister for Police and Emergency Services Mick Gentleman welcomed the new laws and said Canberra remained a very safe city in which to live.

“The ACT Government continues to work with ACT Policing to ensure our police have the necessary tools to effectively deal with serious and organised crime entities and, wherever possible, to confiscate their criminal assets and put offenders before the courts,” Mr Gentleman said.

“The message to bikies is clear – your presence is not welcome here.”

Do you support this new law, or do you think it can be interpreted as a violation of privacy? Share your thoughts by commenting below.

“The message to bikies is clear”, says Police Minister Mick Gentleman. “Your presence is not welcome here.”

We’re one of the few eastern jurisdictions that doesn’t have the anti-consorting laws which have been so successful in countering the activities of the OMGs. That’s why they’ve been flocking here in recent years. Your government belatedly thought about enacting them, but in a spineless abrogation it acquiesced in the objections of the ACT Human Rights Commission.

These so-called anti-fortification measures are but a minor inconvenience to the OMGs. In one respect though, you’re right. This piddling and belated response has sent a clear message to bikies.