Police look for man who abused and spat on bus driver 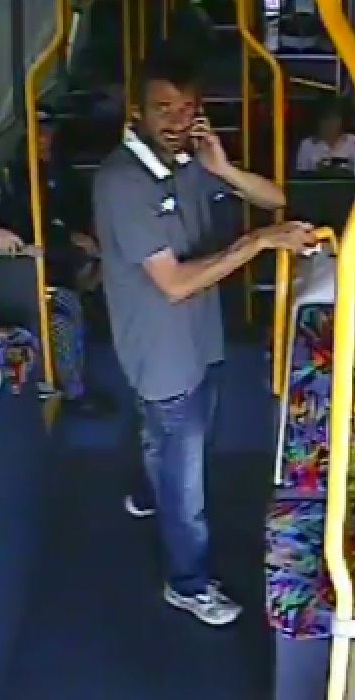 Do you recognise this man? Photo: Supplied by ACT Policing.

Police are on the hunt for a man accused of spitting on a Transport Canberra bus driver because his bus had not arrived on time.

Around 2 pm on 14 December, a bus travelling on route 27 picked up a man near the Woden Town Centre. The man appeared agitated and told the driver he was annoyed because a previous bus hadn’t arrived as scheduled.

As he got off the bus on Badimar Street, Waramanga, he verbally abused the driver and spat on them. The man then walked around to the driver’s side of the bus before spitting on and hitting the driver’s window.

The man is described as being of Caucasian appearance, approximately 30­-40 years old, unshaven with dark brown hair. He was wearing blue jeans and a blue polo shirt with a white collar, white sneakers, and was carrying a plastic bottle.