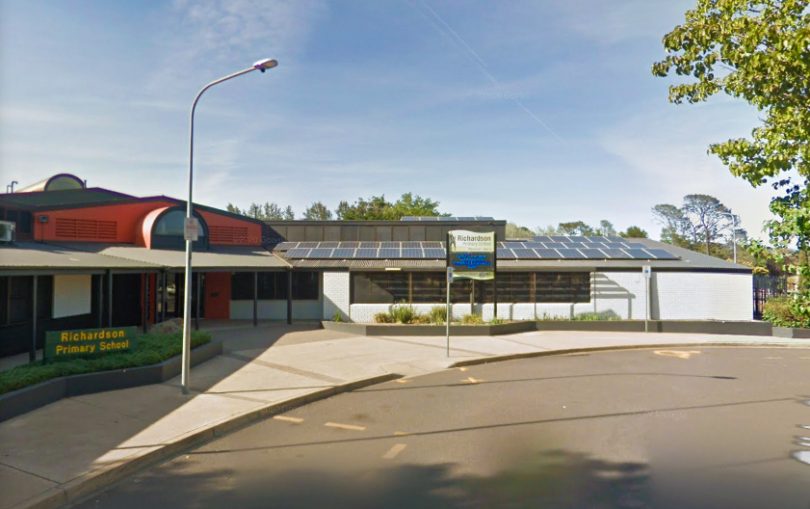 UPDATED 14 April, 5:00 pm: ACT Policing has issued a media statement following extensive media reporting of a referral from the ACT Education Directorate regarding a number of reported (non-sexual) assault incidents in 2020 involving one staff member at Richardson Primary School.

Police said no charges have been laid and they consider this matter finalised.

The matter has been referred back to the Education Directorate.

14 April, 3:40 pm: A learning assistant at Richardson Primary School has been stood aside after a number of students alleged inappropriate behaviour.

ACT Policing confirmed that the matter had been referred to them by the Education Directorate and that it was under consideration after a letter from Principal Anna Wilson was released under Freedom of Information.

The matter was reported to the Directorate’s reportable conduct team, and the staff member is not at the school due to the nature of the investigation, Ms Wilson confirmed in an email sent to parents and carers on 13 November 2020.

The office of Education Minister Yvette Berry referred questions about the matter to the police, but an ACT Policing spokesperson said they could not comment further.

In her email, Ms Wilson encouraged distressed parents to contact the front office or email her directly to discuss the situation.

If this story has raised any concerns for you, you can contact Lifeline’s 24-hour crisis support line on 13 11 14.