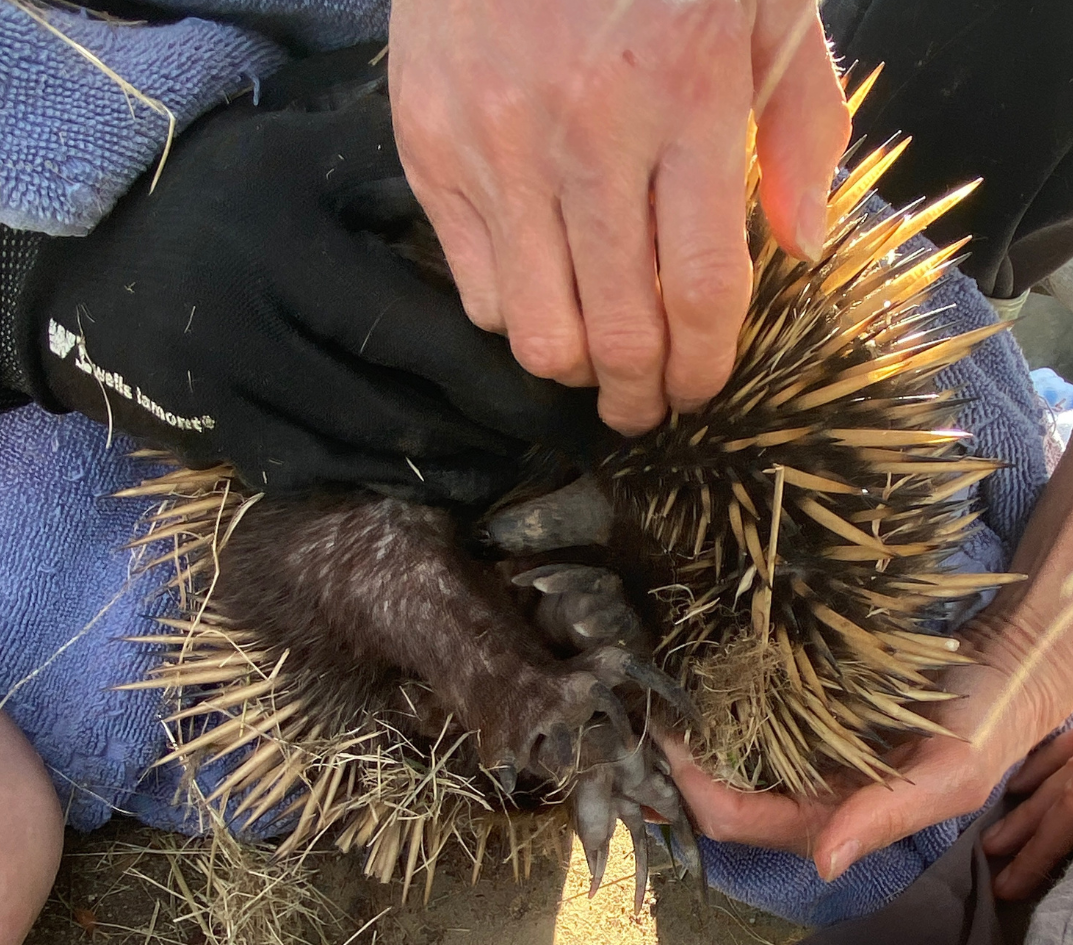 Tuggeranong police officers never imagined the prickly situation they’d uncover when they came across a group of Canberrans “interfering” with a storm drain along Isabella Drive.

Turns out the group were volunteer wildlife rescuers trying to rescue an echidna stuck inside the stormwater drain.

The officers slowed traffic, with one senior constable managing to manipulate the monotreme from the drain before releasing it into a nearby greenbelt area away from the road. 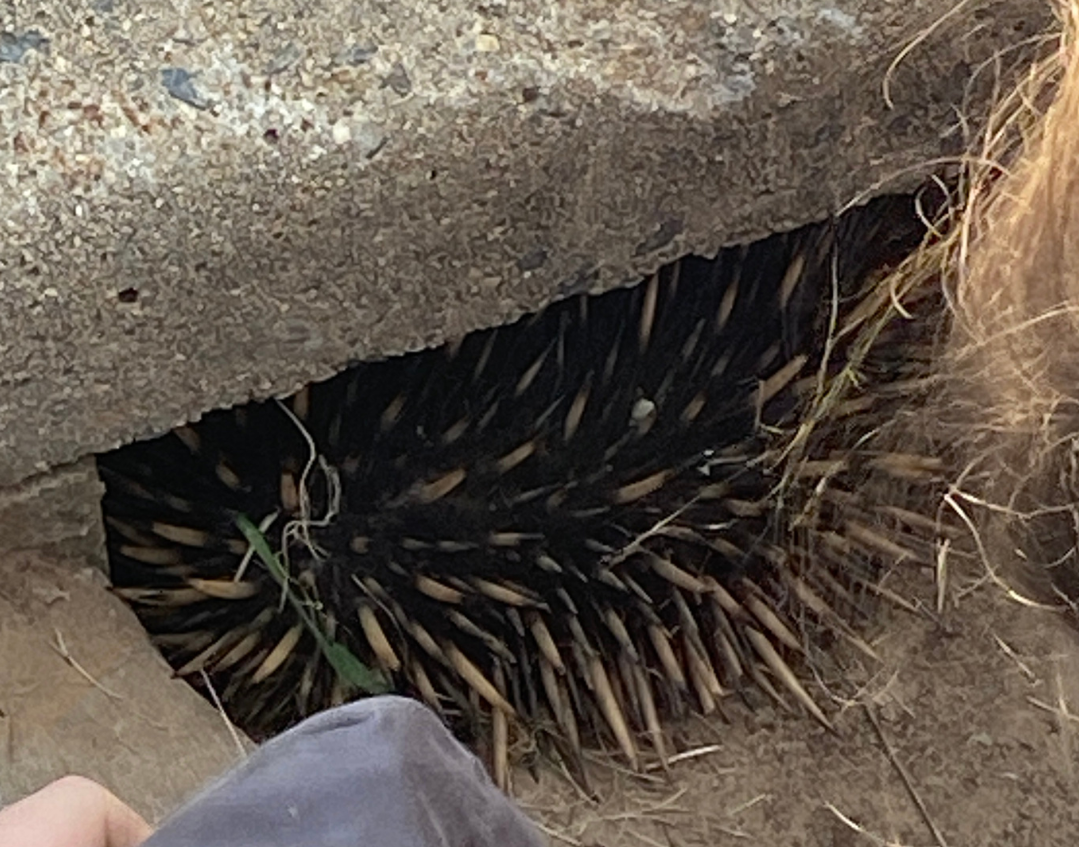 The echidna was stuck in a stormwater drain on Isabella Drive. Photo: ACT Policing.

Officer in Charge of Tuggeranong Station Inspector Rod Anderson was “incredibly proud” of his officers for showing the community that police were always on hand to help.

“A lot of the time, people think we are here just to fight crime, but policing is so much more than that,” he said.

“We are also part of this community and sometimes the prickly situations we face don’t always involve people.”

Is this the job of the police or a park ranger? Disturbing that someone dialled 000 for wildlife stuck in a drain?

The article doesnt say 000 was dailed. It says Police officers came across a group of people huddled around a storm drain. The officers helped by providing assistence with traffic control.

What they should have done was call a wildlife professional like a park ranger and instruct the group of people off the road. Not direct traffic around some untrained mob of wildlife warriors. If a brown snake showed up in my backyard it’s not the job of the police to attend the premise likewise their time is better spent preventing crime instead of creating publicity stunt with a cute native animal such is the case here.

Sam: second reading fail!
“Turns out the group were volunteer wildlife rescuers …” – which is the unpaid equivalent of a wildlife professional in the ACT other than a ranger. So someone probably did call the right crew to handle the situation, and the police assisted by keeping them safe. We deserve good news stories every now and then.

Thanks DJA the volunteers were from ACT Wildlife they know how to direct echidnas off the road so they are not hit by cars , Echidnas at this time of the year are on their way to do a little canoodling , it’s what they do in spring. The Police are always happy to help out thankfully and luckily we have very special members of the public who want to see Echidnas go on their canoodling way .