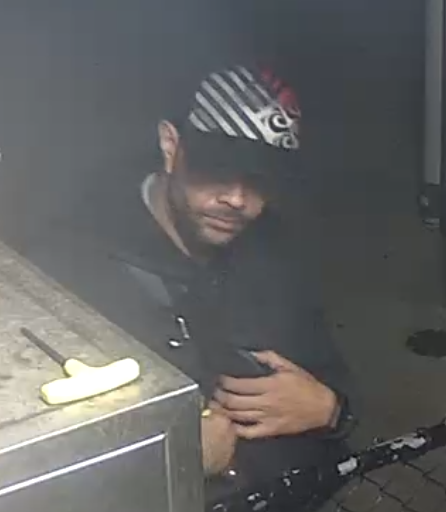 Police are looking for this man who robbed a car wash in Conder. Photo: Supplied by ACT Policing.

ACT Policing has released CCTV footage of a man who allegedly robbed a car wash twice in the space of a week in Canberra’s south.

Around 2:15 am on 28 December, a man allegedly broke into the Jetwash car wash on Norman Lindsay Street, Conder where he caused property damage before stealing a sum of money.

Then, around 1 am on 1 January 2019, police believe the same man returned to the location, caused further property damage and stole more money.

Police have released CCTV footage of the 28 December incident in order to identify the offender.

He is described as being aged in his early 20s, of Aboriginal or Torres Strait Islander appearance, around 170-180cm (5’7”-5’11”) tall, with a medium build and dark hair. He was wearing a dark hooded jumper, black tracksuit pants, black sneakers and a black, white and red cap.