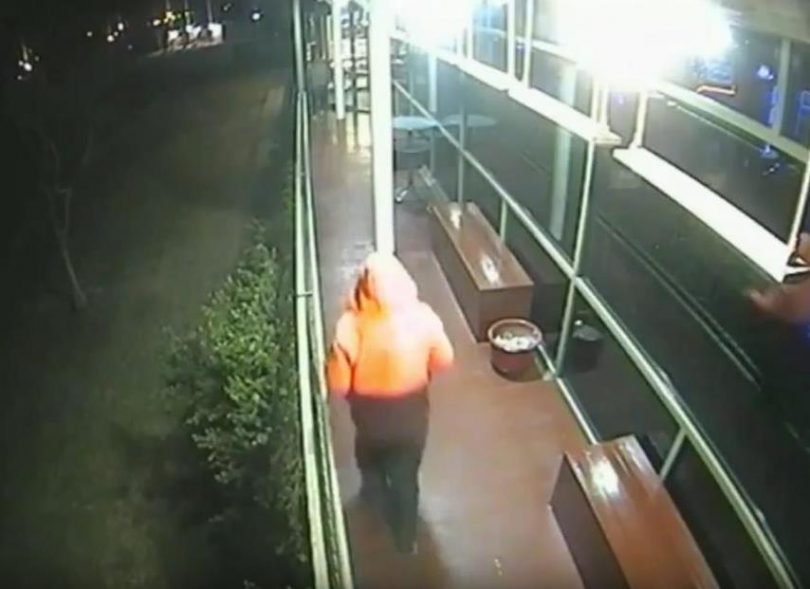 ACT Policing has released CCTV footage of a suspicious vehicle flashing its headlights which may be linked to an aggravated robbery at the Lanyon Vikings Club in Conder last year.

Earlier this month, police said they believed 14 aggravated robberies and burglaries committed across the ACT in the last decade had been committed by the same “violent, greedy thugs”, and now they are seeking information about a car seen in the vicinity around the time of the Vikings robbery on 2 October 2017.

Police said that about 10:20 pm a vehicle parked in the club’s outdoor car park, and its headlights flashed at 11:27 pm. About 11:30 pm two men entered the club, one armed with a shotgun and the other with a nail gun.

One offender remained just inside the door of the club while another ordered a staff member on to the floor. One of the men threatened another staff member and a sum of money was stolen.

On 1 August, police said that after receiving information from the public they had identified a ‘critical’ link across five historic aggravated robberies in Canberra committed between 2009 and 2010, and they now believed a further nine incidents between 2016 and 2018 were also connected.

Detective Station Sergeant Harry Hains told a media conference then that CCTV footage of the robberies had shown two or three offenders but officers were not sure how many people were involved and he believed they were still at large.

He said the offenders had used guns, knives and modified nail guns across the 14 robberies, some of which had yielded them more than $80,000.

Police are urging anyone who may have any information about the vehicle, the driver or the aggravated robbery that could assist police to contact Crime Stoppers on 1800 333 000, or via the Crime Stoppers ACT website.

Roger Mungummary - 5 hours ago
Hell no, nobody needs another fast food Macca's flogging greasy unhealthy garbage food View
Johnathan Davis for Brindabella - 7 hours ago
I hear you Andrew. Jobs are important. I worked in retail and hospitality when I was a teenager and I know how valuable I fou... View
Robert Knight - Canberra Progressives for Murrumbidgee - 7 hours ago
The thing that sticks out for me is the value to the community the tavern appears to be provide - i.e. a place where people c... View
News 6

Time is catching up with the Rocky Hill War Memorial’s searchlight in Goulburn. As it continues to show its age,...

@The_RiotACT @The_RiotACT
There’s something for everyone in CBR this week, from the return of the CSO to the start of the Writers Festival & a new podcast from the Dinosaur Museum https://t.co/cvJkIxOlmV (10 hours ago)