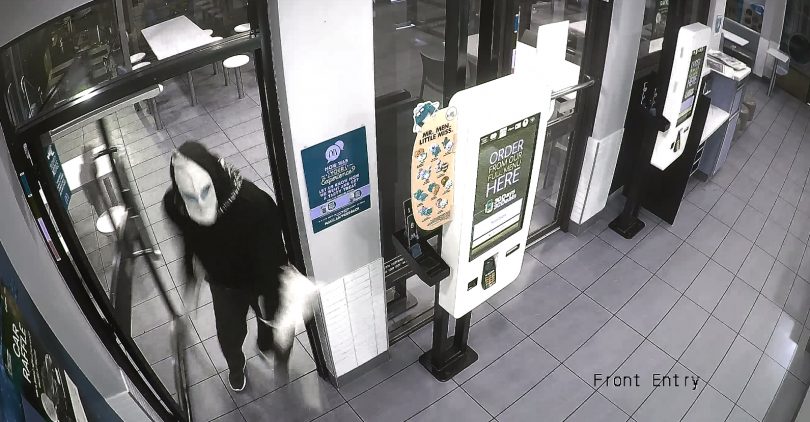 ACT Policing has released CCTV images of a masked man who robbed McDonald’s Charnwood with a knife two weeks ago.

On 26 November around 10:20 pm, a man armed with a knife approached the front counter and demanded the store manager hand over cash from the till. After the manager complied, the man then grabbed the till and stole more money.

The masked offender ran from the store and was last seen on Lhotsky Street heading towards Tillyard Drive, Charnwood. 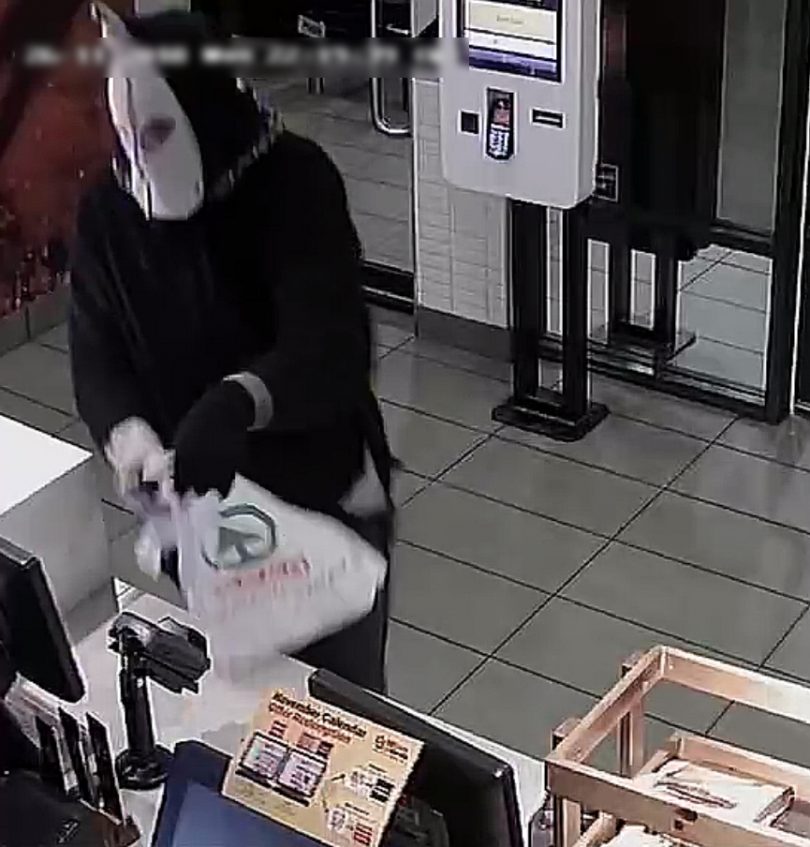 Although the man’s face was covered by a makeshift balaclava and he was wearing a black hooded top in the CCTV images, he is described as being of Caucasian appearance, between 170 and 180 cm (5’7-5’11”) tall, and of medium build.

Police urge anyone who has information about the offender or the incident to contact Crime Stoppers on 1800 333 000 or via the Crime Stoppers ACT website.

Please quote reference 6334575. Information can be given anonymously.