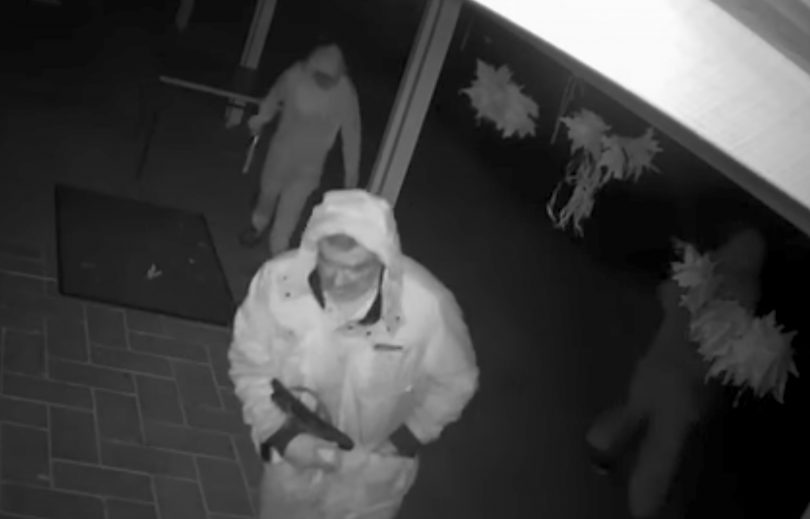 ACT Policing is asking for the community’s help in identifying a man wearing a hooded top shown in CCTV footage which has been released in relation to theft and criminal damage at the Wombats Playschool in Page.

Police are also trying to identify two “juvenile males” also wearing hooded tops involved in incidents at the Playschool which has been repeatedly targeted.

ACT Policing reports that, at around 11:55 pm on Sunday 18 June 2017, one man and two juvenile males entered the grounds of Wombats Playschool and stole items including two fire extinguishers and a security camera.

Following on from this incident, police report a further break-in around 5:40 pm on Thursday 6 July 2017 when they say two juvenile males entered the grounds at the Wombats Playground and destroyed the security system.

ACT Policing today released CCTV footage of the man in the hope that someone will recognise him. The two younger males are shown in the background.

Station Sergeant Greg O’Ryan of Belconnen Police Station said he was disappointed by the repeated targeting of the Playschool.

“School grounds are particularly vulnerable, and police patrol these areas as much as possible,” Station Sergeant O’Ryan said.

“To assist us, we ask residents who live near or around schools to keep an eye out.

“We need the community’s assistance in reporting any suspicious behaviour or activity they see at or around school grounds immediately to ACT Policing on 131 444, or alternatively through Crime Stoppers on 1800 333 000.”

If you recognise the man in the footage, ACT Policing is urging you to contact Crime Stoppers on 1800 333 000 or report via the ACT Crime Stoppers website. Information can be provided anonymously but please quote reference number 6119161.