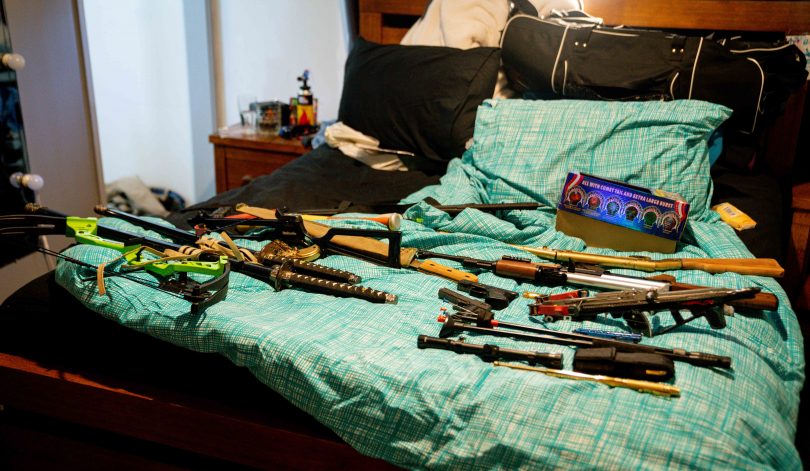 A number of firearms and weapons seized by ACT Policing. Photos: Supplied.

ACT Policing says it has made a massive dent in the local drug trade following the arrest of a 37-year-old man they allege is responsible for trafficking large amounts of illegal drugs in Canberra.

As part of what was described as a “comprehensive investigation”, ACT Policing seized a large amount of cash, drugs, firearms and other property suspected of being the proceeds of crime during the execution of search warrants at five premises across a number of suburbs in the Tuggeranong area yesterday (8 December).

ACT Policing Detective Sergeant John Giles said the amount of property seized means police have made an impact on the local drug trade. 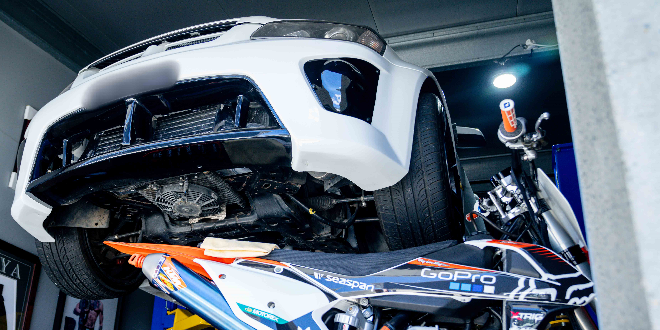 A luxury car and motorbike seized as part of the investigation.

“What we saw yesterday was a drug dealer with houses full of luxury items, bought with money they’ve made off other people’s drug use,” Detective Sergeant Giles said.

“The investigation in this case was comprehensive. The more we looked, the more we discovered and yesterday it was time to take the next step in our investigation.

The arrested man will face the ACT Magistrates Court on charges including trafficking in a prescribed drug other than cannabis and possession of property suspected of being the proceeds of crime.

“If you’re dealing drugs in Canberra, we’ll arrest you and seize your drugs. We’ll confiscate anything you’ve bought with drug money, and we’ll put you before the courts,” Det Sgt Giles said. 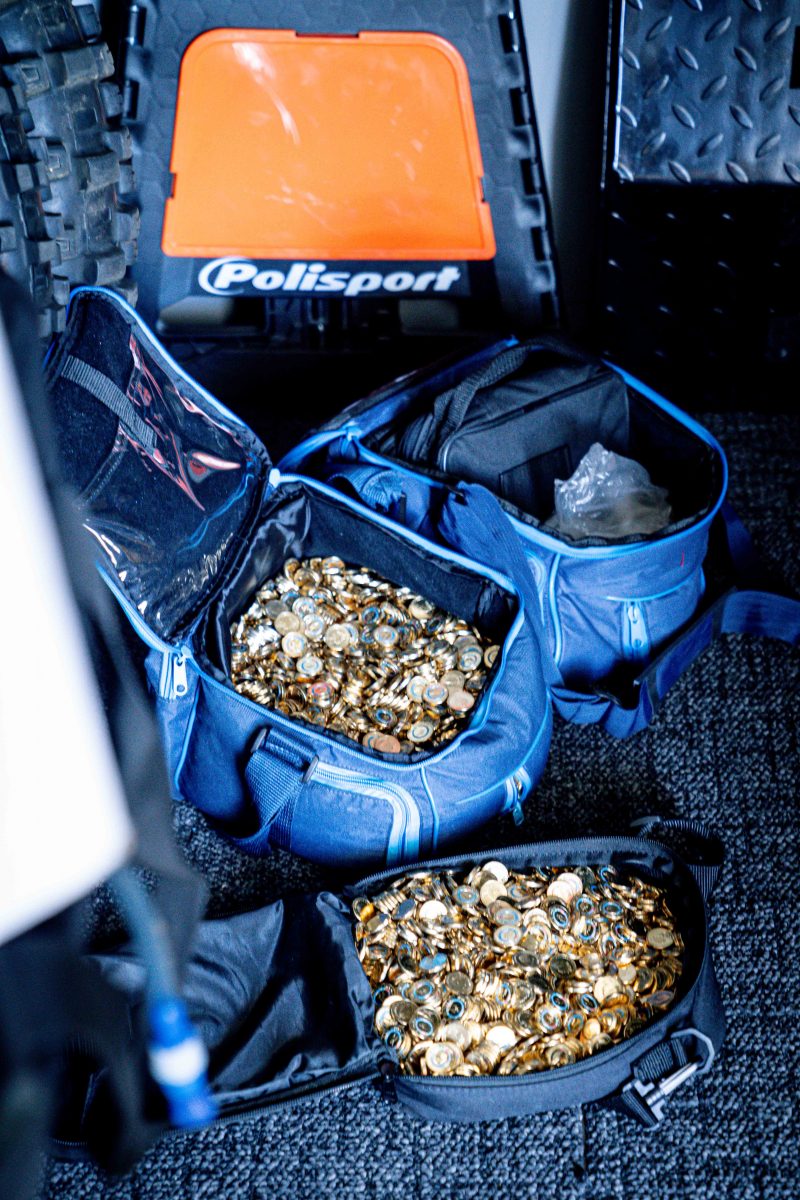 Commemorative coins that police will allege were stolen from the Royal Australian Mint.

Yesterday’s warrants were executed in Gordon, Hume, Chisholm, and on two premises in Calwell, and among the property seized were: 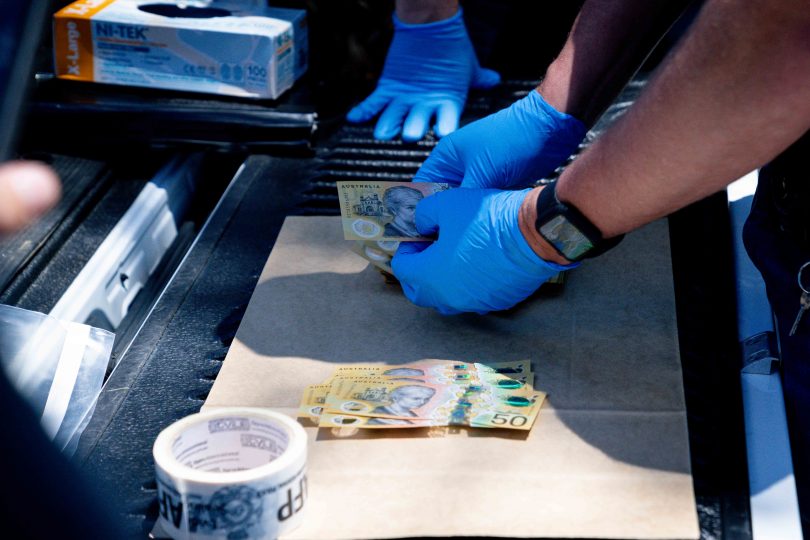 The total value of the property seized, and alleged to be the proceeds of crime, is estimated to be in excess of $500,000.

Police will oppose bail and expect to lay further charges against the man.

Police urge anyone who may have any information regarding the manufacture, sale or distribution of illicit drugs to contact Crime Stoppers on 1800 333 000, or via the Crime Stoppers ACT website. Information can be provided anonymously.

bj_ACT - 12 minutes ago
That’s a really interesting read A nony mous. We deserve to know more research and analysis. Many of the Oaks and Cedars of... View
A Nonny Mouse - 4 hours ago
The Local Government Association of South Australia commissioned an 'Independent Inquiry into Management of Trees on Public L... View
bj_ACT - 5 hours ago
I’d certainly like to see some peer reviewed stats on the tree falls in Canberra. I noticed on radio last week the TCCS exe... View
News 10

@the_riotact @The_RiotACT
ACT Senior Australian of the Year and 50-year volunteer with @stjohnaustralia Valmai Dempsey wants mandatory #first-aid training for learner #drivers. She says it's a no-brainer https://t.co/Xovhw0Ec3H (45 minutes ago)