1. Police have released a facefit for an assault in Civic: 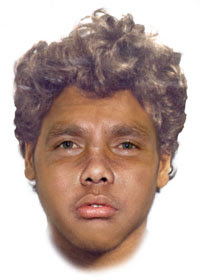 ACT Policing has released a facefit image of a man who carried out an assault on two men in Civic on Sunday, November 16.

Around 5:11am two men were assaulted in an altercation with another man on the corner of London Circuit and Akuna Street in Civic.

The offender is described as around 20-years-old, of Aboriginal appearance, 175cm (5’9”) tall, with a tanned complexion, a stocky build, light brown hair longer at the back than at the top and with light-coloured hazel eyes.

ok clearly some people have got this site mixed up from http://www.canberragoss.com – pls refer all your b/s to that site as this is a serious issue and this guy needs to be found. Nosey and Tooks right on, he was in a bad way and actually almost died. Try being a friend or family of the victim and maybe you will take your own lives seriously you DROP kicks!

I heard one of the blokes who was hit was in a bad way afterwards.

All of the above is funny but I hope the victim is ok.

You’re spot on, Nosey. One of the victims was in a bad way (and may still be), which is probably why I’m not appreciating the humour.

Fighting for your life can even up the score.

Second time this month I’ve read two on one and one wins. Canberrans are getting soft methinks.

Don King has a son in Australia?

Well…actually, I hear James Brown had a honey in Canberra about 20 years ago. I suppose this dude was the result?!

Thats what happens when you mess with tanning centres.

I heard one of the blokes who was hit was in a bad way afterwards.

All of the above is funny but I hope the victim is ok.

Are they going to charge him with nicking Tom Baker’s hair?

Don King has a son in Australia?

Can they say “Aboriginal appearance” still??

Aboriginal with a tanned complexion?? How do you tell??

It was funny even before I read the bit in brackets. Kudos.

Sure, but tasing a picture isn’t any fun.

(TIC, if I really have to point it out)

You know what I like? That picture is just an artificially generated image – it has no rights whatsoever.

Now they can make scary people look even scarier!

Police sketches sure have come a long way recently.

I can feel a movie script coming on ….

Maybe he saw his barber out on the town and decided it was payback time.

The haircut is assault!

Chris Allen - 58 minutes ago
The one thing that does worry me. When all this has settled down and we are allowed to behave and live our lives as usual, wh... View
Darren Clarke - 24 hours ago
Why do co workers share a work vehicle???? View
News 1

Acton - 1 hour ago
April Fools Day prank. Right? If not, share the pain Andrew Barr, instead of spreading it Cancel the next rates notice for al... View
News 22

Ekaterina Smirnova - 21 hours ago
What could possibly go wrong? View
Christopher Miles Y Lopez - 22 hours ago
The ACT is under the throes of a neo liberal pseudo scientific dictatorship right now. I'm sure that the space that will be m... View
Peter Marshall - 1 day ago
If the magistrates and judges stop sending new people into prison, or expecting remandees to turn up to court, and if no-one... View
Opinion 17

@The_RiotACT @The_RiotACT
A large tree was extinguished in Namadgi National Park by members of the ACT Rural Fire Service officially marking the end of the 2019-20 season. The ACT ESA and the NSW RFS have ended the season by thanking their members and the community https://t.co/JCbHg90RFG (18 minutes ago)