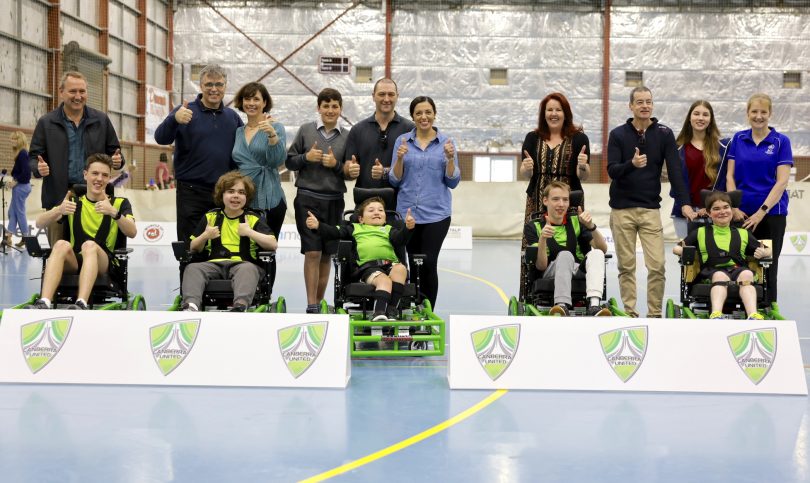 Canberra United’s Powerchair football team and supporters give the thumbs-up to their new sets of wheels. Photos: Supplied, Capital Football.

The wheels are turning in more ways than one for Canberra United’s powerchair football team which has been gifted nine new powerchairs, thanks to the generous efforts of Rotary and Capital Region Muscular Dystrophy.

When the team of eight players arrived for its weekly training session on Friday, they had no idea their new chairs were being presented after a fundraising effort of more than $100,000 for nine new powerchairs from the United States.

Powerchair football is a modified version of soccer for electric wheelchair users, including those with quadriplegia, multiple sclerosis, muscular dystrophy, cerebral palsy, hand trauma, stroke and other spinal cord injuries.

Rotary supplied 60 per cent of the cost with the remainder coming from non-profit organisations, commercial and private donations. Transport and spare costs were provided by Capital Region Muscular Dystrophy. 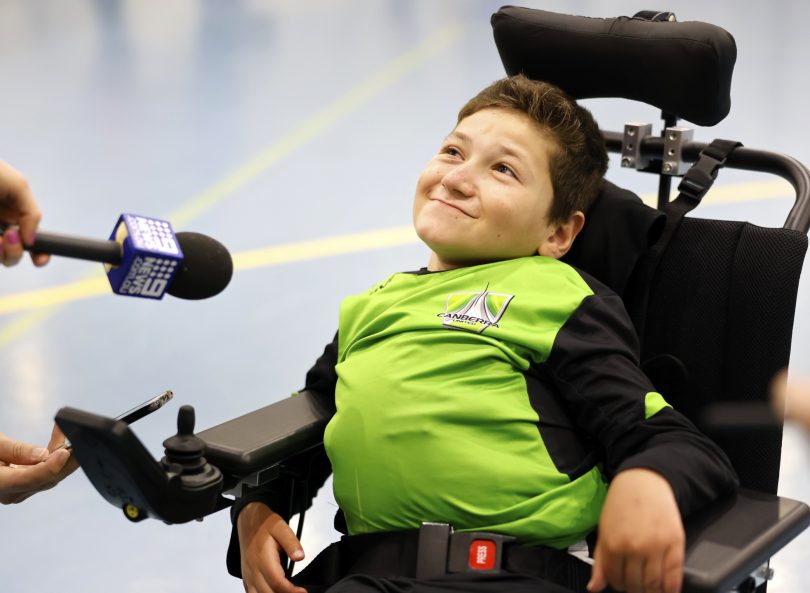 Having completed an earlier project to install cardiac defibrillators on all ACT light rail vehicles, the Rotary Club agreed to take on the project to assist the Harrison School students and other disabled players in the ACT. Rotary Club of Aurora Gungahlin chair John Platten said the club was delighted to raise money for the team.

“As part of our Rotary Club project, we wanted to provide funding assistance, so persons with disabilities in Canberra and surrounding districts can play powerchair football competitively,” Mr Platten said.

“Australia will be hosting the 2022 Powerchair Football World Cup so it would be great to see an ACT representative competing on the world stage.”

“We have been overwhelmed with the support we’ve received getting the chairs to Canberra.

“It will be exciting to unveil the chairs to the team because our players will now have the opportunity to go further in the sport and to compete at levels that weren’t possible before.

“We want to remind everyone that there are opportunities for people with a disability. Regardless of your age, gender, or disability, there is a sport for you.” 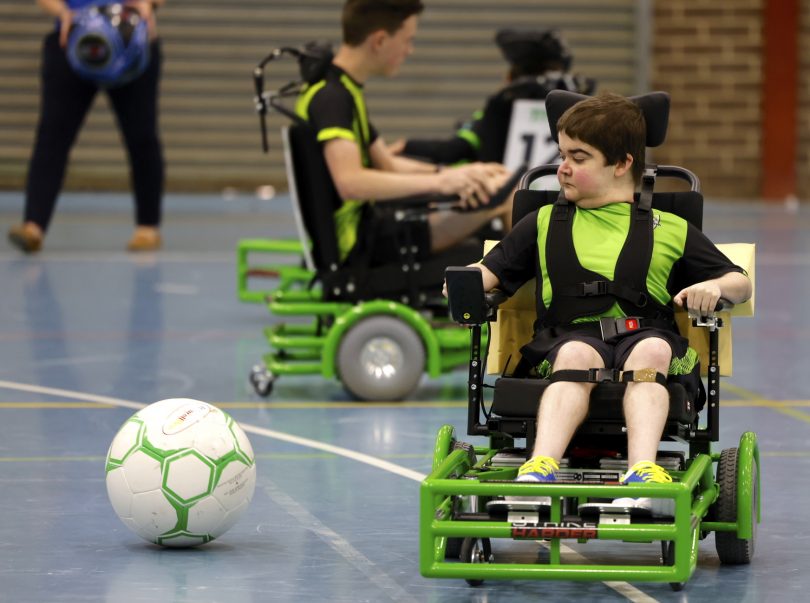 A Canberra United powerchair player tests out the new chairs.

Capital Region Muscular Dystrophy’s Rob Oakley said the sport is an important way for kids with muscular dystrophy to feel like they are a part of a team.

“It is fantastic that we have found a way to give them an opportunity to be like every other kid and get involved in a team sport,” Mr Oakley said.

“We want to make sure that their everyday life is a little easier. Sport is a great way for people to develop, build their self-confidence and blossom.”

The ACT team has previously not been included in the competition as it lacked the accredited powerchairs to compete.