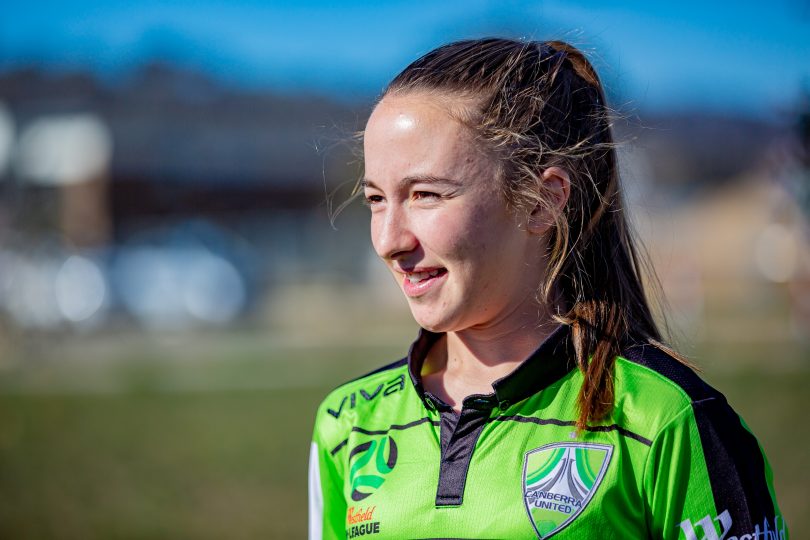 Laura Hughes returns to Canberra United for her fourth season at the club. Photo: Supplied.

Canberra United has announced a spate of new signings ahead of the revamped 2020-2021 season that will see the W-League start in summer on the same day as the A-League – 27 December – for the first time in history.

There has been no word on whether Canberra United’s captain Nikola Orgill or its only Matildas player Karly Roestbakken will rejoin the team after stints playing for clubs in Europe. The final squad is set to be finalised by the start of November when preseason training commences.

Most of the new signings will not be able to join the club until mid-November.

United midfielder and Canberra local Laura Hughes will return for her fourth season at the club after spending the winter months with Throttur Reykjavik FC in Iceland’s top-tier football league. The 19-year-old holds the record as United’s second-youngest debutant when she made her debut aged just 15.

Three other locals – Rachael Goldstein, Lauren Keir and Hayley Taylor-Young – have all re-signed with the club.

Goldstein and Taylor-Young both made their senior team debuts last season, with the latter taking out United’s Rising Star Award for being the club’s stand-out under-20 player.

Taylor-Young has also had an impressive offseason, being invited to attend a training camp with the Future Matildas program. 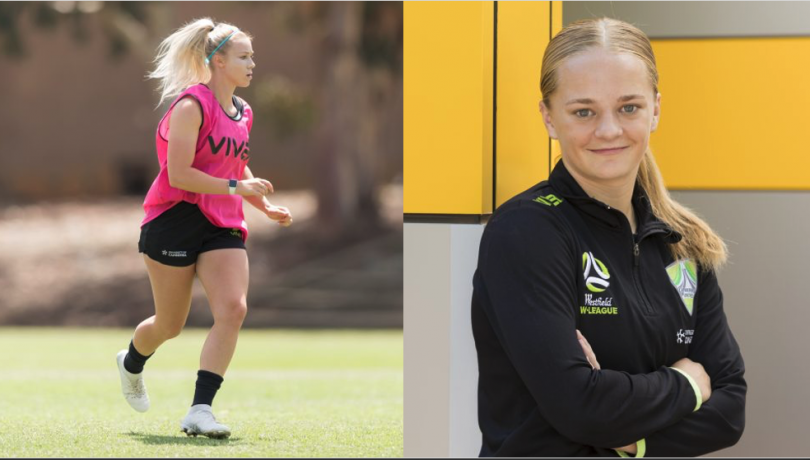 Nicki Flannery will also return to the club after a season in Newcastle, and will join her Sydney University teammate Bianca Galic in Canberra.

Coach Vicki Linton is hoping her seven signings will help United improve from a disappointing sixth place finish last season, missing out on finals football for the third year in a row.

Linton replaced coach Heather Garriock at the end of last season after the former coach failed to reach the finals for three seasons despite taking the helm when United were W-League premiers at the end of the 2016-2017 season.

The final make-up of the W-League season is still up in the air because of COVID-19 travel restrictions.