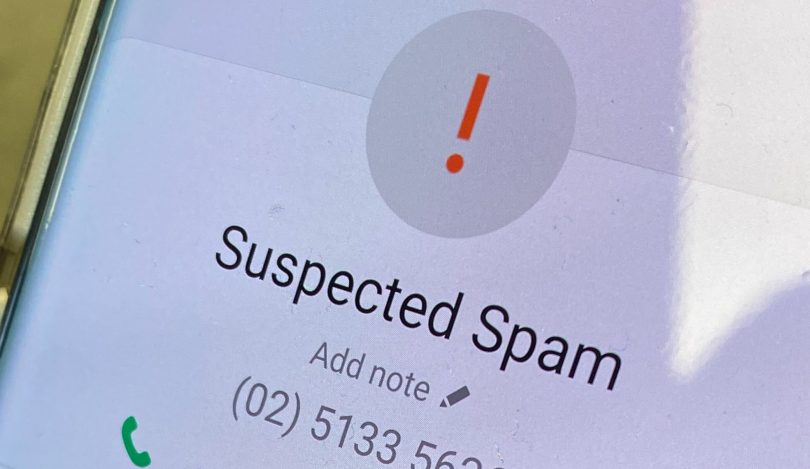 Did you receive a robocall about gay conversion therapy? Photo: Region Media.

Readers saw the merits of both sides of the argument when we asked you whether anyone other than the next-door neighbours should be allowed to return to the ACT as the pandemic continues to rage.

Canberra residents who were stranded on the Victorian border after the NSW Government abruptly changed the rules have been allowed to return home for a limited time.

But there was vigorous debate about whether anyone outside the ACT and NSW borders, especially those from Victoria, should expect to return here. The travellers were required to sign declarations that they would self isolate and are subject to all quarantine requirements, but many asked whether they would follow through and at what risk to the Canberra population.

The fact that Victorian MPs had been allowed through despite the rule changes also complicated the issue.

Scottybt50 said: “I am sure this would be resolved rather quickly if the government directed that all NSW MPs travelling to the ACT need to go and quarantine in Queanbeyan for 10 days.”

Chris Sant didn’t hold back: “Gladys is an absolute disgrace. Completely ridiculous to suggest that people who have been doing essential work in country Victoria should have to fly to Sydney (which would probably require driving to Melbourne), spend 14 days there, then somehow get themselves back to Canberra, having had to leave their car in Victoria.”

But Margaret Welsh disagreed, saying: “My question is, unless there’s been an emergency, why in hell would you go there in the first place under the current circumstances? I have little sympathy.”

Our question was Should anyone be allowed across the border in a time of pandemic?

Your options were to vote No, rules are rules and they apply to everyone equally. This received 63 per cent or 722 votes. Alternatively, you could vote Yes, every situation requires a little common sense. This option received 37 per cent of the total, or 432 votes. A total of 1,154 votes were cast.

This week, we’re wondering about the recent rise in robocalls as many voters were startled to receive a call about the ACT Government’s plans to ban gay conversion therapy.

The calls, linked to a Melbourne organisation called Binary Australia, asked Canberrans to complete a survey about the legislation. The calls claimed the laws could change access to medical and hormone treatments as well as remove the ability of parents to be involved in their child’s decision to change their gender identity from as young as five.

But Minister for Justice Shane Rattenbury, who co-sponsored the bill with Chief Minister Andrew Barr, said, at best, the calls grossly misunderstood and misrepresented the legislation.

The calls come after ACT Liberal Senator Zed Seselja’s staff robocalled several thousand Canberrans in early May asking whether Canberra schools should remain closed, return for several days per week or immediately re-open due to COVID-19.

In 2018, Liberal MLA Elizabeth Lee was the target of thousands of phone calls, organised by the ACT teachers union after tensions spiked when the Canberra Liberals launched a website called Fix Our Schools, characterised as alarmist by the union.

Why is the question of politically motivated robocalls being banned never asked on this place when I get them from Labor members?

I don’t remember ever receiving a Labor one, but that’s a side issue. I think the issue here being investigated is whether these robocalls violated the electoral act.

Paul Funnell - 42 minutes ago
I have no problem with people doing the speed limit my hate is people doing 10-15 kph under the speed limit for no reason peo... View
Lyn Mellier - 46 minutes ago
I've been tooted when indicating, slowing down to turn into my own driveway. Rude impatient drivers on Canberra roads. View
Mitch Carrington - 1 hour ago
If you're being tailgated you're probably one of the peanuts sitting in the right hand lane doing 20 below the limit View
Lifestyle 1

mattwatts - 1 hour ago
The fact Transit is included demonstrates this is yet another botched scheme. Venues that are still operating have missed out... View
News 7

Paul South - 1 hour ago
A broom through the whole works would be nice . The whole system is unnecessary complicated. The culture of the whole school... View
Stephen Matthews - 3 hours ago
Paul Leins You can spot ghe sky viewers here View
Breaking 21

whatwik - 2 hours ago
And speaking of Canberrans being advised to reduce their exposure while out and about ... With yesterday's ACT Govt OUR CBR b... View
whatwik - 2 hours ago
That's pretty horrible - not only did I miss out in the lottery but all I have is a scar from a rushed vaccination when about... View
chewy14 - 4 hours ago
Acton, The opposite is true. The more we read and hear, the more it shows that the risks around AZ are tiny and that the real... View
Property 24

Vicki Schramm - 2 hours ago
Marty Hoenig , actually the drinking water here is amazing. Although it did take a while to get it right. View
Opinion 16

Michael Roy - 2 hours ago
We need to create some LTNs View
HiddenDragon - 3 hours ago
"... and start frontloading infrastructure instead of just thinking about it and retrofitting when demand is overwhelming." W... View
Mick Andrews - 4 hours ago
Honestly I love doing 85 on the parkway, il stick too it😆 View
Breaking 1

Ol L - 4 hours ago
The lodge I work at has had no cancellations even though just about every guest staying is arriving from Sydney. Amazing how... View
Food & Wine 10

Brindie - 5 hours ago
The decision to go into voluntary administration is disappointing for NHC clients and their patients. However, the delay in e... View
Breaking 1

Dom Polegubic - 7 hours ago
This is a good link to an intro to Croatian wines: https://winefolly.com/deep-dive/introduction-to-croatian-wines/... View
show more show less
*Results are based on activity within last 7 days

@The_RiotACT @The_RiotACT
It's the sound of Australia. A new exhibition at the @nma explores the power and meaning of the didgeridoo https://t.co/NM2faFcfla (53 minutes ago)

@The_RiotACT @The_RiotACT
Want a new best bud? Our @rspcaact #PetsoftheWeek Buddy the dog and guinea pig Porky are looking for their perfect matches https://t.co/vtlWP23MJc (2 hours ago)

@The_RiotACT @The_RiotACT
This owner-built #McKellar family home comes with all the indulgent extras that elevate everyday living https://t.co/fXeV7HnGCL (3 hours ago)