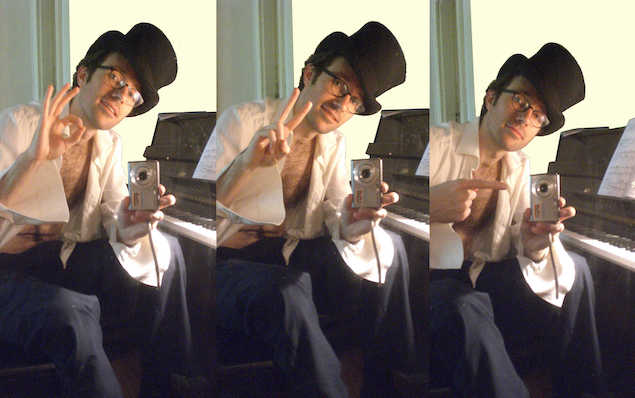 Canberra trained composer/pianist Joshua McHugh will play at Smith’s Alternative this Saturday in his last performance before he leaves the nation’s capital for New York.

Tales of Woe and Happiness will be a novel and interactive performance where McHugh will play his original compositions as well as much-loved classics. If you can guess the tune, the dexterous artist will play your next request… yes, anything.

Having known McHugh for 16 years, I can say with certainty that he is no ordinary artist. He is a virtuosic pianist, a classically trained singer, a passionate teacher, and, that I am aware of, one of the most prolific composers of my generation.

In 2009, I had the honour of managing his first opera Grimm and The Blue Crown Owl which was played at Canberra’s the Street Theatre in conjunction with the Canberra School of Music – a collaboration that would now be impossible with such a decapitated school of music.

Gone are the days of the virtuosic pianist/composer such as Liszt, Chopin, or Mozart. That culture simply doesn’t exist anymore but there are remnants of such a culture that will echo for much time to come. The speed and skill with which McHugh can create music is breathtaking. In my mind, he is — he was — Canberra’s Mozart.

In his own words, McHugh will is “looking forward to exploring, and hopefully contributing to, the exciting musical culture of New York,” and I’m sure Canberra wishes him all the success in the world.

But the truth is that part of the reason McHugh must leave is because there isn’t a home for his talent in Canberra – perhaps not even Australia.

He would not be the musician that he is today without the unique and special environment that the Canberra School of Music once provided.

“I am grateful for the generous and enriching learning experience that the past teachers at the Canberra School of Music gave me. Had it not been for them, I would still be struggling at the basics of music literacy, aural and performance,” McHugh says.

“You could walk down the corridor on level 6 at any time during opening hours – 8am to 10pm – and you would hear a wonderful cacophony, the sounds of people practising, rehearsing in groups and creating; I was one of those people.

“The last time I entered the school, it was very quiet. There was a giant empty space that used to house an extensive and excellent music library; to my left there was a pub. Despite my love of quality beer, I found the scenario most perplexing. The bottom two storeys were no longer music faculty, and the top story practice corridor, where once there was that incessant and wonderful cacophony, there was empty silence.”

McHugh lost his job at the school of music in 2012 when the ANU “accelerated” its changes to the School.

“I was no keystone to the school, but I taught a humble keyboard skills course for 3 years. My last year had a class of 40. Directly after the course was given 100% approval in the student feedback assessment, the course was cancelled; it was one of the first of many funding cuts to the school.”

I wish the new Australian National University Vice-Chancellor Brian Schmidt all the best with repairing the Canberra School of Music, and I’d like to invite him to see Josh play this Saturday night at Smith’s Alternative.

I wouldn’t call Josh an exile, but I will call him temporarily homeless. Schmidt’s task is not only to re-establish a School and rebuild an international institution, it is to restore a home for genius. 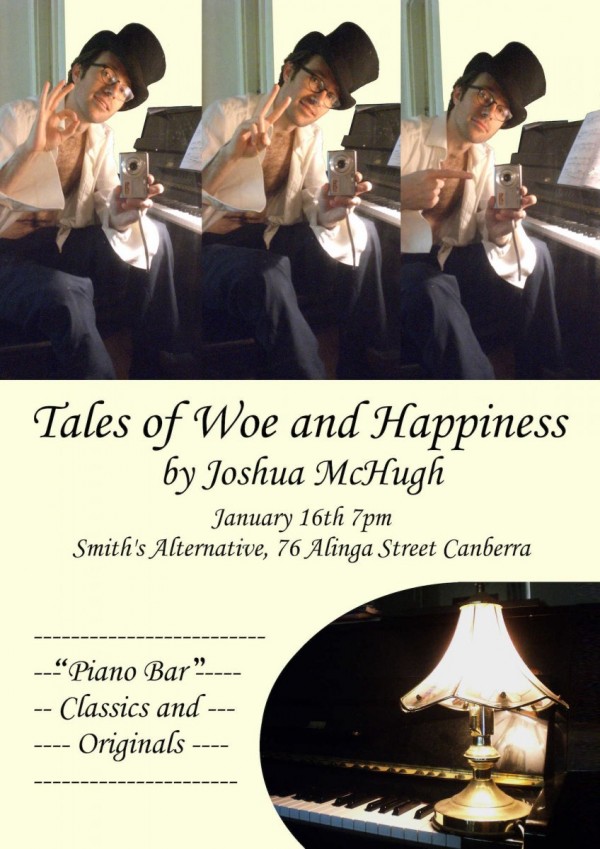