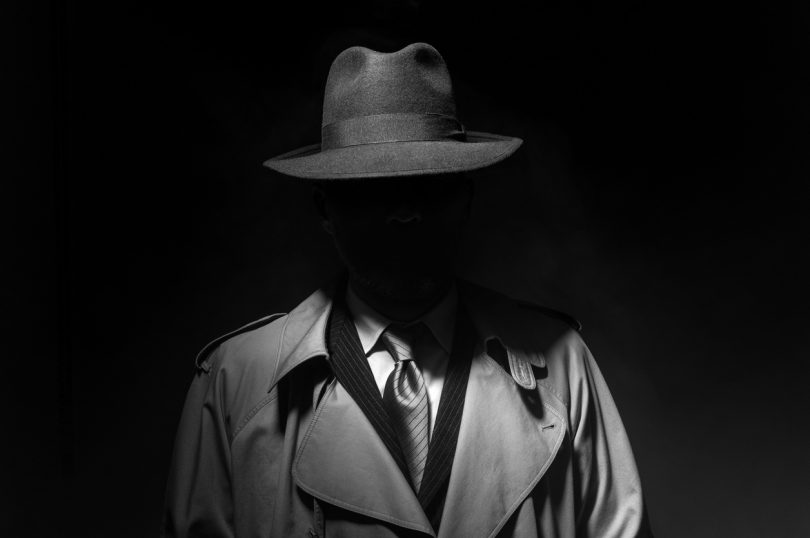 Attention public servants, the Administrative Appeals Tribunal (AAT) has decided you can bag your department, and government policy, on social media … as long as you use a fake name.

The decision came after Michaela Banerji won her right to compensation after she was sacked from the Department of Immigration and Citizenship (Home Affairs) in 2013 for criticising Australia’s refugee policy under a fake name on Twitter.

In 2014, Comcare rejected Ms Banerji’s case for compensation for depression and anxiety caused by being fired.

This Monday (16 April), the AAT found that Ms Banerji’s sacking was unlawful and trespassed on implied freedom of political speech.

As part of the decision, AAT deputy president Gary Humphries and Dr Bernard Hughson wrote that ‘A comment made anonymously cannot rationally be used to draw conclusions about the professionalism or impartiality of the public service’.

Comcare has the option of appealing the decision of the AAT to the full Federal Court.

George Orwell’s novel 1984 was also referred to in the AAT ruling. The ruling said that restricting statements from public servants where their identity was unknown bore ‘a discomforting resemblance to George Orwell’s thoughtcrime’.

So there you have it. The AAT seems to be saying that it’s okay to criticise your department and government policy as long as you cannot be identified … but then again, the Government has just introduced new draconian social media rules for public servants … so read the rules and act accordingly …

Do you think public servants should be able to voice their views on social media about their department and Government policy?

Natalee Gersbach Hopefully this will become a catalyst for more sensible social media laws in the Federal PS.

I can neither agree nor disagree with you without using a fake name!

It comes down to the fact that in your own time, you are average Joe Citizen. But if you wish to bag your employer, well it would be I'll advised until you had another job. I think does beg the question: why are you working there?

Surely you are aware that ministers change at every election and every reshuffle in between? Would you honestly expect public servants to resign every time the government changes?

Lin Van Oevelen good point. However, I would not choose to work somewhere that I did not feel a connection with the direction of the company/ organisation. It would just cause me way too much stress and I would be actively seeking to find employment else where. People move jobs every couple of years these days anyway.

Because you have an underlying faith in the mission and work of the department, but object to areas of distortion and dodgy actions.

no loyalty in organisations these days for either party.

As long as you are only using information about the policy that is in the public domain you should be able to express your views.

We’ve never had a government more deserving of whistleblowing. This LNP government have gone out of their way to decimate the public service and their operational budgets. We’ve witnessed the results of these cuts time and time again. They’ve also operated at a morally questionable level on just about every activity - as so many recent revelations prove.

They tried to repeal 18C on the grounds of ‘free speech‘ at the same time as pursuing this former employee that objected to incorrect statements made on twitter - she never gave away any info not already in the public domain.

Public servants should be just as free to comment on the state of their government as any other Australian is, particularly where their comments have nothing to do with their own area of employment.

Of course they should. What sort of oppressive cowards seek to stifle informed discussion?

Wouldn’t read too much into it. Yes, it’s a big win for Banerji against Comcare, but it’s not as if the Fair Work Commission or the Federal Court has ruled her dismissal was unlawful.

Scatty Anthony any of your mates affected?? 🤣🤣

As long as they aren’t releasing any classified or restricted information they should be allowed to bag away.

If they’re anonymous, who cares?

People should be allowed to say whatever they like, fake names or not. I was sacked from Dept of Finance in 1985 (before the Net and FB) because I wrote a letter to The Australian bagging Bob Hawke’s Tax Summit. Disturbing to hear that rather than things improving since then, it is now far more oppressive.

I got fired for that reason by a government owned agency. Never had a written or verbal warning issued. Just a firing.

That’s ignorant of the fact that Facebook is cracking down on fake names. Besides, it’s democratic and in most cases doesn’t affect your ability to do your job.

Facebook are not cracking down on fake names. Any I’ve reported I’ve got a ‘doesn’t break of terms of service’ response.

Alex Olbrei Ben Anderson one for you guys

That John Smith does say a lot of negative things...

Ben Anderson especially about that bloke who looks like a potato 🥔

This will open up a can of worms.

Ryan Hunter - 2 hours ago
is this a news page or a lobby group? every 2nd article is about cyclists wanting more and more money spent on them. View
Jim Reid - 3 hours ago
Act Gov't is only interested in Geocon developments than anything to help sport nor cycling facilities.....a bit ironic for t... View
Carley Weiss-Kelly - 3 hours ago
Brian Weiss thoughts 💭 View
News 35

theroundone - 3 hours ago
Who's getting punished, though, asides from law abiding rates payers in this city? A racial or sexist epithet is treated more... View
Capital Retro - 17 hours ago
Violent home invasions targeting keys for owners' luxury cars are now out of control in Canberra. Very few details are subjec... View
Daniel Lesky - 18 hours ago
Jason Malcolm could be worse not like she needs to go to charnwood View
News 11

Meg Redmond - 4 hours ago
It’s a waking nightmare Linda Gee the only flight I was able to see tday was 24,000 economy one way View
Linda Gee - 6 hours ago
Jeez, that's not good. 😥 View
Meg Redmond - 6 hours ago
I’m not sure it is Linda Gee he is struggling to get one at 4000.00 showed available to me yesterday he tried to book it an... View
Food & Wine 1

Buck Johno - 12 hours ago
From what I remember of night rider busses it was only over summer. View
Property 29

dolphin - 17 hours ago
love her work all along the light rail. Canberra is a fabulous place for public art.... View
Property 29

‘Killing the headache by cutting off the head’: Grogs Gamut writer weighs in on Banerji case

@The_RiotACT @The_RiotACT
A trial has been launched to reduce conflict in Canberra hospitals, and make the healthcare experience less stressful for staff and patients https://t.co/PcXGCHUbcG (20 minutes ago)