Pumpkins, sunshine and family fun at Collector this Sunday 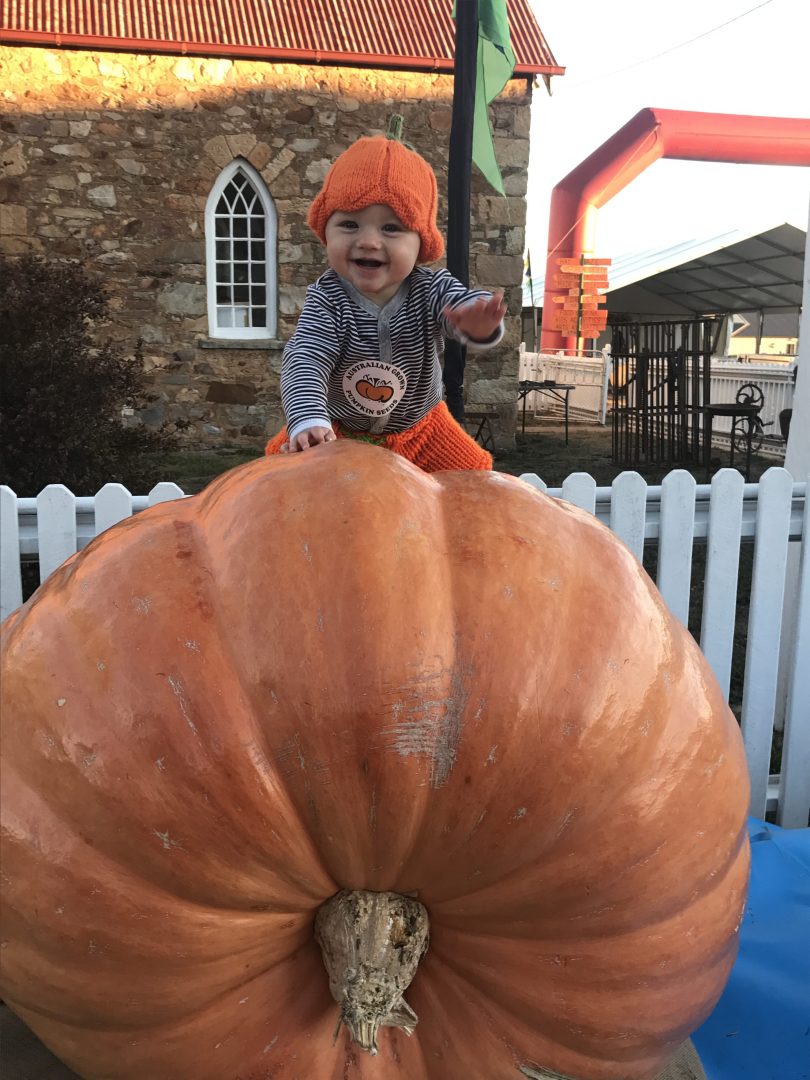 Family-friendly autumn fun is the focus at the Collector Pumpkin Festival. Photos: Supplied.

For more than a decade, the tiny village of Collector off the Federal Highway has been warming hearts with its autumn Pumpkin Festival. It’s on again this Sunday and organisers are gearing up for what’s become the most successful community-run event in the region.

Tracy Byron from the organising committee says that the festival continues to grow although it’s been a “variable” year for pumpkins across the region. Rumour has it that the biggest pumpkins will be coming from the direction of Captains Flat.

“There are lots of smaller local pumpkins and they’ll go into all our soup and scones”, Tracy says. “But I’m hearing talk about some other big ones from around the region being nursed along for competition.”

Last year, Captains Flat grower Michael Kiernan enjoyed whopping success with a monster pumpkin more than twice as heavy as previous entries. The 271kg winner was the heaviest at the festival in many years. But will weather conditions this season favour the Captains Flat contingent or is there another monster lurking in someone’s veggie patch? 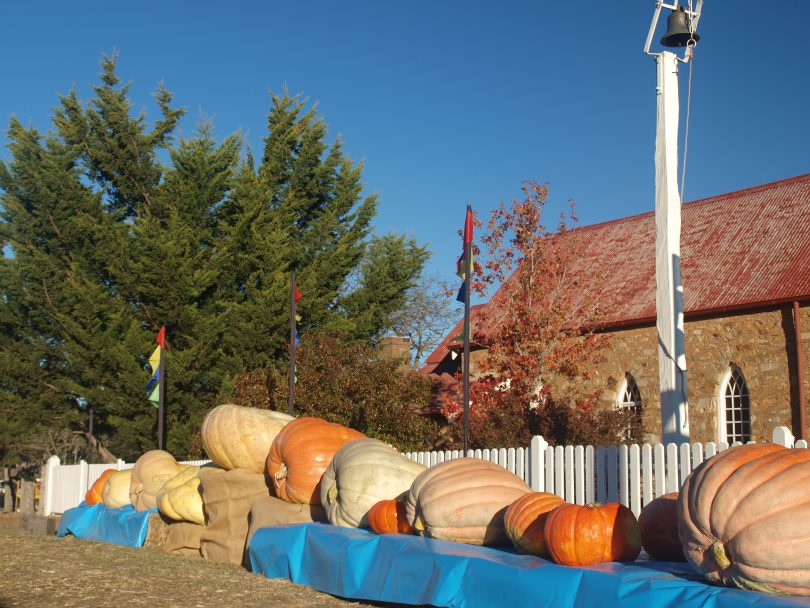 Historic Collector hosts the biggest community festival in the region.

Tracy says the festival has made several changes this year: there’s additional parking and more space in the historic Collector Uniting Church, featuring art. There will also be food, music and entertainment, market stalls and a petting zoo.

A Pumpkin Joe’s Tiny Tots Pumpkin Patch is a special play area for the littlest ones. Children under 105cm tall will have fun on a free jumping castle and a mini hay bale maze to play in while face painting and balloon art will also be available for a small fee.

If you’re looking for nourishment along the way in the crisp autumn air, there will be pumpkin scones aplenty and the famous Collector pumpkin soup.

Tracy Byron says the Pumpkin Festival is wholly community run and passes those benefits on to the locals. “Last year we gave $20,000 back to Collector and the region. That helped out the Rural Fire Service with their electronic pumps, we gave some to the school, to the Breadalbane Pony Club and the local Scouts.”

The Collector Pumpkin Festival runs from 10 am – 4 pm on Sunday. Entry is $10 for adults and $5 for seniors while children under 15 have free entry. The Festival site is on Bourke Street, and there’s free parking off George Street and on street verges around the village.

Find out more at http://pumpkinfestival.com.au

Jon Rooks - 13 minutes ago
From what I've seen, drivers going at excessive speeds generally are going so fast they demonstrably have no regard for speed... View
Community 33

‘Will be sorely missed’: Collector Village Pumpkin Festival shut down by COVID-19 pandemic