In the name of intrepid journalism, I ventured out to Belconnen this afternoon to bring you all photos of the Raiderettes trials. 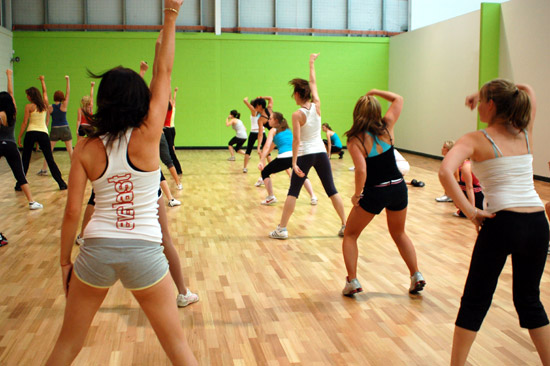 There were maybe 40 girls learning a routine while I was there, with another bunch waiting to have their turn. 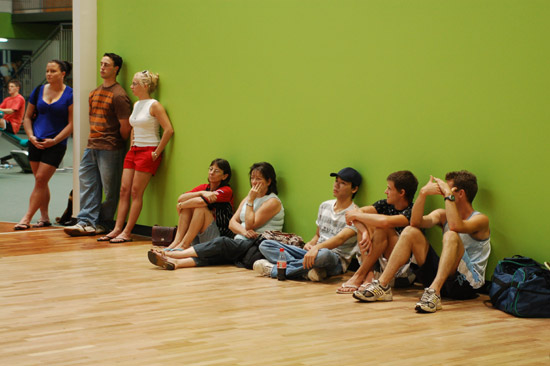 The girl in the camouflage pants at the left of this picture was teaching the routine. I presumed she was one of last year’s bunch of Raiderettes. 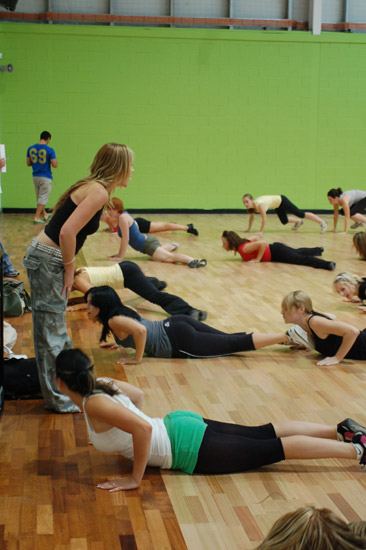 There was much posing involved in the bit of routine I saw. All the girls seemed to be competent at it and certainly did much better than I could have done. 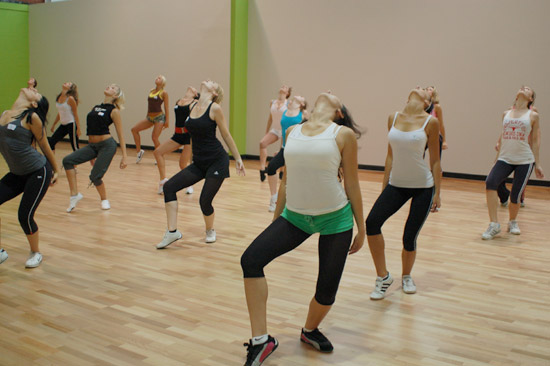 One of the feature moves was a straddle jump, for those who were able to do it (I did think the group who said they could do it were probably at an advantage in terms of getting the gig). 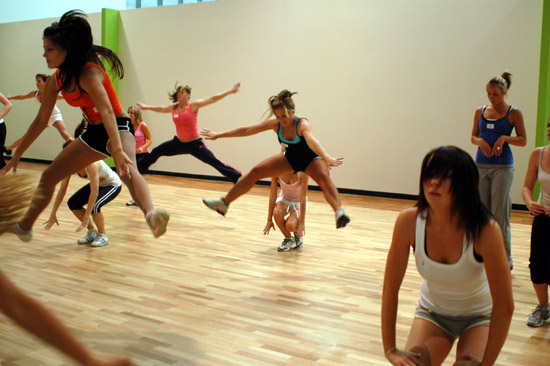 For more pictures of the girls trying out, click here.

Obviously the Raiders girls are trained ballet/jazz dancers and gymnasts and haven’t had the prior training in the American style, so Sammy you must be an american style cheerleader or have something to do with them why don’t you offer your services instead of offering them to us,show your leadership, if you want to promote the sport you know so much about, why not bring it and maybe organise with the raiders to help, got any guys that would do it???, and pandy, after some investigation most of the NRL squads have no association with gymnastics australia, did you mean crop tops for ugly raiderette’s? i have been to heaps of games where the girls have tried to get the crowd going, not sure if it is just Canberra, but the crowd’s here are not as vocal as they are in the AFL etc

Thank you Kerces for going where no male would have been game to pull out a cameraâ€¦
…unless it was mounted in a shoe, right???

Oh, sorry, that would be Melbourne/tennis…

I say good on ’em all, and I hope they all do well even if they don’t get into the Raiderettes.

Better them doing this than shooting up in an alleyway, or hanging around the mall all day long.

yeah, but don’t tell anyone!

At least it wasn’t “The Boyfriend”.

Ohhhh, you were in that one…

It was called Summertime and it was pathetic….

okay, it was alright, but nothing to write home about…

Can I ask what musical you weren’t dancing in, Thumper?

Some singing, no dancing….

Having been in a stage play (musical) at the Street, and having auditioned for a few more, I can tell you that most of these girls are superbly fit, agile, and very good dancers.

I, on the other hand, am incredibly unfit, as agile as a railway sleeper, and a terrible dancer….

I think that means, Pandy, that she prefers not to wear them.
-And in this weather, that’s a sensible option.

Undies? Y-fronts? Cotten tails? what is your preference then?

Straddle jumps should be compulsory
Without panties

I may be out on a limb here, but I hate the word “panties”.

Give em a break!

Would you jump up and down at Bruce Stadium in the dead of winter on a Friday night?

Well, maybe, as it may warm you up…

I blame any lack of respect on Mondayitis

I don’t think there’s anything that untoward in the captions, I-filed. The first page describes what was taking place at the trials.

The Paris Hilton comment was because her height, long platinum blond hair and rather orange skin tone looked to me much like those of the famous heiress.

And as for “captioning with more respect for these admirable girls”, I would have thought the comment “and certainly did much better than I could have done” conveyed my respect for them fairly well. Are you one of them? Or the partner of one? To have had such an adverse reaction?