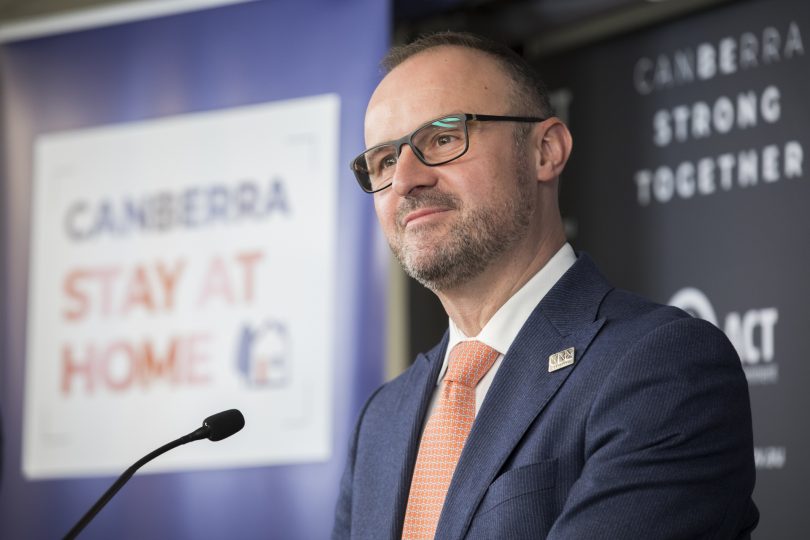 It’s usually hands-off from Chief Minister Andrew Barr when it comes to development in Canberra, unless it’s the odd unsolicited proposal, a university wanting to establish a campus on prime city land or light rail.

Mr Barr might make general comments but most of the time he lets his Planning and Environment Minister Mick Gentleman play a well-honed and frustratingly dead bat to any community agitation over a particular development.

But in the past month, Mr Barr has suddenly taken a surprising interest in a couple of projects after years of sitting on the sidelines or suggesting that community consultation needed to be broadened beyond the usual suspects who worry the national capital or the garden city will end up a concrete mess.

When self-proclaimed Ngambri spokesperson Shane Mortimer last month claimed that the Doma Group’s Foothills development in Campbell was home to secret men’s business sites just before the company was about to start construction on the 200-home project after years of planning, Mr Barr was quick to write to federal Environment Minister Sussan Ley calling on her not to grant development approvals until the area had been assessed for signs of Indigenous heritage.

This month, Mr Barr felt it necessary to comment on Geocon’s latest multi-storey proposal, this time in Kingston, in an emailed response to an invitation to a public meeting organised by the local residents group.

The unsolicited comment surprised and pleased the Kingston Barton Residents Group, whose president Rebecca Scouller said it showed the Chief Minister was listening to his constituents.

Mr Barr said the proposal was not the right fit, he was worried about overshadowing and believed Geocon, the biggest developer in town, had gone too far and should change their plans and restart its consultation with the community.

Was this the same Andrew Barr who has overseen an explosion of high-rise residential towers across Canberra and championed the cause of densification and infill?

To be fair, Mr Barr said he could comment because a DA had not yet been lodged, but more to the point he is a local member for Kurrajong and there is what the Chief Minister calls a “festival of democracy” coming up in October.

As well, Geocon is the chosen developer for the crucial Kingston Arts Precinct, so Mr Barr may well have had that on his mind too.

Unease about over-scale developments, the traffic and parking problems they create, overshadowing and loss of green space is not limited to the relatively privileged older areas of town but common from Gungahlin to Belconnen to Molonglo to Woden to Tuggeranong, and not just in the town centres.

Then there is the bad feeling about the West Basin land swap and the proposed Curtin diplomatic estate.

Mr Barr would have to be deaf and blind and as arrogant as the Canberra Liberals would have us believe for him to not sense that while the community is happy to see the ACT progress, that does not mean it accepts unchecked development.

The cynics will say that the October election is enough to explain Mr Barr’s intervention and that he is not going to lose much skin taking on a developer like Geocon.

But Mr Barr is too good a politician to only switch his antenna on once every four years. He would have read the public mood and it appears he has decided to send a few signals that the government, and the planning authority, are raising their expectations about what an appropriate development actually means.

He may have been looking after his electoral patch, but with a community weary of developers pushing the envelope and the planning authority becoming more willing to enforce its own rules, given the approach it has taken in Molonglo and with Village’s major medium-density residential project in Weston that is now locked in mediation after being knocked back, Mr Barr is taking a more activist approach and hoping the property industry gets the message.

That doesn’t mean he is about to retreat on densification or become hostile to an industry that pays the Territory’s bills but it appears Mr Barr is indeed listening and wants developers to take notice too, and be more realistic about what the rules allow and resolve issues well before DAs are submitted.

That would mean more suitable developments and a smoother journey through the approvals process.

On the Indigenous heritage issue, Mr Barr can’t have been too impressed by the National Capital Authority’s lack of action on this front for a development a decade in the making.

The message there is that Indigenous history and sites need to be taken seriously and should be one of the first things dealt with, not dealt with at the last minute.

Whether one believes it is due to the impending election or not, Mr Barr’s recent forays on development issues reflect a welcome repositioning on the issue.

Only time will tell whether it will be enough to both appease development critics and convince developers to adjust the dial.

People complaining about development under Barr would be horrified if they heard Liberal leader Alistair Coe on the 2CC breakfast show the other morning. Coe said that there was all this unused land in the ACT “spreading out from Weston Creek to the border, spreading out into Kowen Forest, spreading into the present Namadgi National Park”, and that he and a Liberal government will encourage more development and “cut all the red and green tape stopping development”.

I’d never heard a political leader commit electoral suicide on air before and I think that was a first. The only saving grace for Coe was that most people in the ACT were listening to the ABC and the FM music stations at the time and wouldn’t have heard it.

It doesn’t matter which side gets in, development outcomes are likely to satisfy some, dis-satisfy others and leave some just moaning for the sake of moaning.

Kowen development would be horrendously expensive to deliver as its not near anything in terms of main infrastructure requirements.

Why doesn’t he find out where the 60 canberra people have been in canberra since returning.
Instead of telling us about tree planting.

This is the same government which has been talking for years about sorting out problems with building standards – not so much a Damascene conversion as a Democracy Sausage conversion.

It would be great if Mr Barr took an interest and LISTENED to more than 460 objections* on one of two proposed rubbish Processing Sites (read high density Tip Site) being proposed for FYSHWICK – one on busy *Ipswich street and the other on Tennent Street.
You would not site these in the light industrial areas of Tuggeranong, Phillip or Belconnen..
Equally they are a mismatch and unwanted by EastLake residents, FYSHWICK Traders and workers.

So you want the chief minister to change the law so he can involve himself directly to decide the merits of planning applications and DA’s based on what the neighbours think?

Yeah, that will work well.

Why are people trying to recast Fyshwick as some ‘light industrial’ heaven…. its always been industrial and always will be, even if elements of it have been gentrified…….

If the development is done correctly, I really don’t see what the issue is apart from traffic management.

Interesting timing. It must be the election year…oh wait it is

Too little too late!!!!!! Damage has already been done with the eyesore developments in Gungahlin!!!!!!!!! Slum city potential!!!! 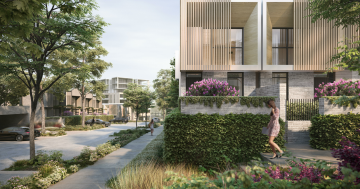