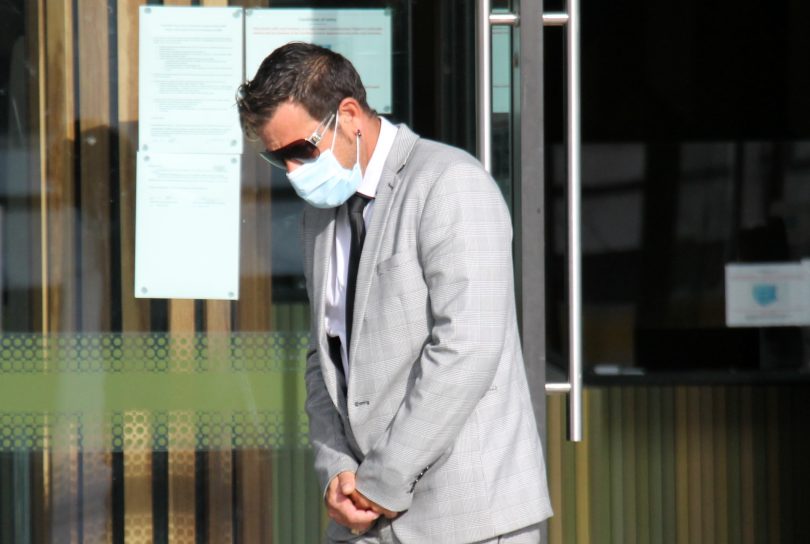 When the man accused of raping a woman in a north Canberra nature reserve was interviewed by police, he claimed his alleged victim started the sexual interaction between them and he had forgotten all about it.

Salvatore David Incandela, 41, is accused of raping the woman in November 2020 and is currently standing trial before an ACT Supreme Court jury.

At the trial’s opening on Monday (21 March), jurors heard the woman met a different man over a dating app and had gone to his home for drinks before this man’s friend, Mr Incandela, arrived.

She and he eventually left so he could drive her home, but during the drive, they allegedly stopped in the Spence nature reserve where he is accused of raping her, causing her to bleed.

Mr Incandela’s filmed interview with police from December 2020 was played to jurors on Thursday (24 March), during which he was told they were investigating whether he had sex with the woman without her consent the previous month in the suburb of Spence.

The concreter originally commented that he hadn’t gone to Spence for years.

“I never met this lady before. I don’t know who you are talking about,” he said.

But after being played a video taken by one of the people who lived near the nature reserve of a ute parked among the trees, he eventually told them, “You know that’s my vehicle”.

“Nothing happened. I did not rape her,” Mr Incandela said.

He said after he arrived at his friend’s house, his friend asked him to take her home because he was going the same way. During the drive, he said, she began touching him sexually.

“I did not force myself on her,” he said.

Mr Incandela said it was the woman who directed him to the nature reserve. He said they started having oral sex, but nothing else, and he wasn’t interested in her.

He said when he dropped her off, she asked for his phone number, but he didn’t give it to her and suggested she may have been “offended” he “just left”.

“If I walked past her on the street, I wouldn’t recognise her,” he said.

In Crown Prosecutor Trent Hickey’s closing address, he told jurors Mr Incandela “finished at a very different place to where he had started in that interview”.

He said while Mr Incandela claimed the incident had slipped his mind, he suggested that was “simply implausible”.

Mr Hickey said the woman said she didn’t have the money to pay for a ride home, so she had no way to get back other than going with Mr Incandela.

The woman also claimed she told Mr Incandela “stop, stop” loud enough for him to hear, but he allegedly continued to rape her.

Mr Hickey suggested to jurors that he must have known or been reckless that she didn’t consent to have sex with him, someone who was a “virtual stranger”.

Also, he said the man from the dating app had told the court he thought the woman was pretty intoxicated that day and on edge because he’d rejected her. She also said she felt “woozy”.

Mr Hickey said if there was apparent consent, it was caused by an intoxicating substance, which Mr Incandela knew, so any consent would be negated.

Mr Incandela has pleaded not guilty to a single charge of sexual intercourse without consent.