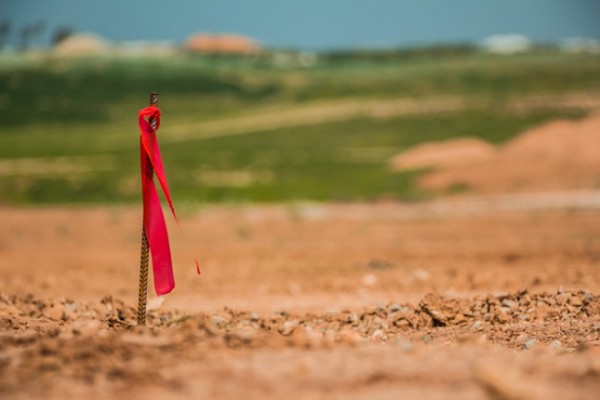 Not enough land: that’s the message from an Assembly committee. File photo.

The ACT Government’s contentious management of residential land is again in the spotlight with an Assembly committee calling for external, independent review of the Indicative Land Release Program (ILRP). It also wants more land to be released.

The Standing Committee on Public Accounts has tabled its report into the Auditor-General’s 2020 report – Residential Land Supply and Release.

The audit report found the ACT Government had failed to reach its affordable housing targets in its land release program because of a focus on one- and two-bedroom units instead of family homes.

The report stated there had been a mismatch between the preferences of potential purchasers and the dwellings supplied to the market.

The government is regularly accused of choking land supply to keep prices high and limiting the amount of land available for family homes.

The committee recommended the review of the ILRP should consider the transparency of its decisions including the available amount of land and what proportion was allocated to dwellings.

It also recommended the government release more land and re-establish an inventory of serviced land.

This aligned with the Master Builders submission which stated the government’s position as “dominant land developer” was “fundamentally flawed”.

It said any review should examine how the private sector could play a greater role, and the government focus on the release of public and affordable housing, or demonstration housing.

CEO Michael Hopkins told the committee that if builders had greater confidence in the supply of land, they could provide a better pipeline of housing.

The committee recommended the government undertake further reforms to address land speculation and land banking, and report back to the Assembly by the first sitting week of 2023.

The committee also asked more information be made available to the public about the ILRP.

“The committee is of the view that EPSDD should report on land released (including dwelling yield) through the ILRP that has not been sold, for transparency and oversight of the scheme,” it said.

“This would make the market and the community (individuals, households, builders and developers) more informed in their decisions.”

The committee recommended the government table, by the last sitting day in 2022, an explanation as to why EPSDD had declined to include reporting in ACT Land and Property reports of land released (including dwelling yield and land not sold) through the ILRP.

It also recommended the ILRP provide a clear “like for like” breakdown of land to be released, by suburb, in the projected reporting period, including the number of dwellings and blocks for high-density housing and detached housing.

The committee also wanted better accountability by requiring the Assembly to debate and pass the ILRP as part of each budget, and for the review to report on how it contributed to the achievement of broader government objectives.

They literally had one job

The government could release more land and make supply exclusively and directly available to those who do not own housing. Instead the neoliberal approach taken is to give tax breaks and subsidies to wealthy rentier investors to buy the supply, who will work to push up the market price of renting to cover bank profits, rentier profits, and lump sum taxation. Shameful, dangerous, and incendiary.

Yes they could do that but why would they?

It would just be replacing one form of subsidy with another, leading to increased costs for all taxpayers.

The better approach would simply be to remove the preferential taxation treatment given to investors that has led to our current problems with the market.

Agree we should get rid of the taxation advantages for investors, however taxation is a federal issue. I have also observed that low quality housing supply is what ends up getting built for investors which is then trashed for short term profit by investors who don’t want to pay to maintain it.