Renaissance at the National Gallery – A Review 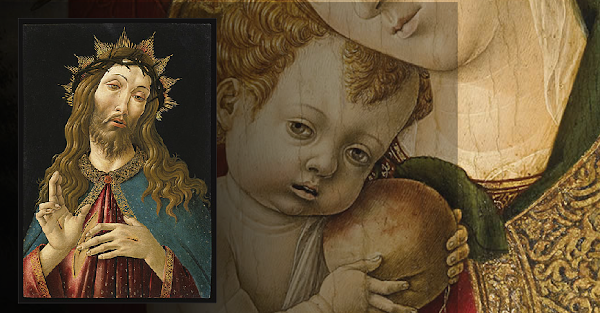 A new collection of Italian Renaissance paintings has opened at the National Gallery of Australia for the Renaissance exhibition, and we’ve been through and taken a look.

It’s a magnificent set of artwork on display on loan from the Accademia Carrara in Bergamo, Italy. The exhibition focuses on explaining different techniques and materials used in Renaissance art, with a clear emphasis on the physicalities of the art rather than the narratives behind the pieces.

The first room of the gallery has a display of three paintings from the eighteenth and nineteenth centuries – trustees and the founder of the Accademia Carrara. Following that, there are sections for the Gothic to Renaissance period, the Madonna and child, portraits, the High and Late Renaissance and Northern Italy. There is a strong religious theme throughout, which is only to be expected in a collection of Renaissance paintings but is notable nonetheless.

The seperate rooms are connected with large arches, also used as extra framing devices. Near the entrance, a series of arches in a row perfectly frame a set of four paintings (“Trinity and Angels”, by Vivarini) hung in a niche at the end. It’s a powerful effect that draws all attention to the polyptch (Saint Peter, the Madonna and child, the Archangel Michael killing a dragon, and the Trinity above).

There are many beautiful pieces of art, and some trends feature that are fun to track throughout the time period: the haloes of holy figures, for example, are solid gold discs behind heads in the earlier rooms. By the last room haloes are depicted in a much simpler style – thin rings of gold or a few lines emanating from the head.

A highlight of the display for me would be the painting “Christ the Redeemer” by Botticelli, done in a less realistic style than many other pieces and featuring a face expressing ten times the emotion of almost all other paintings there.

The layout is generally effective, though some paintings displayed behind sheets of perspex seem as though you’re looking at them on a computer or television screen. A few pieces such as a portable altar are on standalone plinths for full view, which is handy. The gallery is well-lit in most areas.

The set-up has some clever points: the colour scheme on the walls of each section match the artworks without overpowering them. I noticed it the most in the last room where the walls were a rich red and royal blue, well-suited to the portraits of the wealthy and successful.

My biggest – and only, really – complaint is a lack of explanation of the narrative behind many of the paintings. Some pieces have a detailed explanation of what is going on – “The Story of Virginia the Roman”, for example – but many left me curious about the story behind the art. This is especially true in the depictions of many saints, where the displayers have either assumed that you know who Saint Roch is and why he’s showing the viewer a large lump on his leg or have decided that it doesn’t matter (in the end, I had to look it up when we returned). Perhaps this information is on the audio guide – we didn’t have one – and it is, admittedly, all on the exhibition’s website, but it feels as though it really should be put somewhere on the plaques, however brief the mention.

The merchandise outside has an amusing collection of tie-ins. There are well priced posters and prints of many of the paintings and the obligatory catalogues. Then there are other strange but still suitable items for sale – shirts and skirts printed with paintings.

From there the National Gallery seems to have deemed anything relevant to Italy merchandise-worthy. There are soaps and pasta makers, books about Italy and bottles of pasta sauce on sale.

On the other hand, there’s also a stunning pop-up book of the inventions of Leonardo da Vinci, featuring three-dimensional pop-up models of flying machines and armoured vehicles. Somewhat irrelevant to the contents of the gallery perhaps, but inarguably fascinating.

Overall, it’s a worthwhile exhibition, especially for anyone interested in art history or techniques. Some of the paintings are stunning and the layout displays most to their best effect, and the development of style from the beginning to the end is worth seeing.

We just went to this and it seems to be getting more popular; it was quite crowded. There seems to have been a contest for painting the ugliest and angriest baby Jesus at one point. I could have done without the detailed picture of his circumcision, too (although in that one he looks quite happy!). The simple ones of Christ on his own, rather than mobbed by weird battalions of Saints, are by far the most beautiful.

Thanks for the free tickets RA.

Puzzling – NGA and ABC 7.30 have claimed “tens of thousands” have visited the exhibition so far in 12 days (as of yesterday). I have used my season ticket four times – and got a park below the NGA each time with dozens of spaces available. Is the NGA exaggerating a little?

The Handwritten exhibition (free) at the National Library is AMAZING. 1000 years of manuscripts on loan from the Deutsche Republik. Don’t miss it.

The feedback I am getting is that the NGA are not getting the response to the religious-centric Renaissance Exhibition that they anticipated. This style of painting has narrow appeal; I find it dark and depressing like a lot of stuff in the Prado in Madrid. I wasn’t interested in seeing the paintings in the Accademia Carrara in Bergamo when I was in Milan last time either. The concurrent Picasso Exhibition in Sydney has much broader appeal and lots of Canberrans are spending their art budget on that one.
The flogging of pasta sauce at this NGA exhibition really says a lot about how desparate the NGA is to get a dollar. Andrew Barr appears to have blown $500k of ACT Ratepayers money on something a lot less than a blockbuster.

Donna Ainge - 17 minutes ago
Hi Julie-Anne. Where in O’Connor did you live? Hakea Cres by any chance? View
Dot Willcoxson - 3 hours ago
Suzanne Huntley Doug has posted a comment further down. The neighbour he refers to was Frank Machutta who lived across the ro... View
Doug Willcoxson - 3 hours ago
A neighbour of ours in Pearce was on his way home that night and was behind the cars that were washed away. He was passed the... View
News 13

Zakzook Chico - 31 minutes ago
Patrick J Pentony couldn’t agree more View
William Coats - 48 minutes ago
So after 20 years this Labor Greens Government is ready to promise action. I guess we will have to wait and see. View
Patrick J Pentony - 1 hour ago
Rheyce Spears we are at the start of the twentieth year of labor greens gov in the ACT. Not sure you can really blame anyone... View
Opinion 3

William Coats - 59 minutes ago
what impact will further development in the Sullivans Creek catchment have on future flooding in Oconner and Lyneham. These a... View
News 8

Juanita Dawson - 3 hours ago
What an amazing man View
Russell Nankervis - 5 hours ago
I wish I could donate but alas. I am too gay View
Kriso Hadskini - 9 hours ago
If they would just let go of the 1990's living in the U.K rule my husband and I would regularly donate. View
Community 40

dashing1 - 6 hours ago
Thip's Thai in Belconnen, for me. Humble setting, delicious food always served with a smile. View
Opinion 40

Dot Thompson - 10 hours ago
Hannah Tracey, is this for or you and Tom? View
show more show less
*Results are based on activity within last 7 days

‘Disembodied’ at the Belconnen Community Gallery

Julian Laffan, the Braidwood printmaker who makes no prints

@The_RiotACT @The_RiotACT
Our latest #GigGuide is out, featuring everything from post-hardcore to punk to jazz, plus several shows on Aspen Island, home of the Carillon https://t.co/UUcPwnkjyq (22 minutes ago)

@The_RiotACT @The_RiotACT
Multicultural Eats: Where to find the best Thai food in Canberra https://t.co/Btz4GZRJeu (2 hours ago)

@The_RiotACT @The_RiotACT
The ACT is expanding vaccine storage facilities at the Canberra Hospital in preparation for the arrival of the Pfizer COVID-19 vaccine https://t.co/sJOTHW08De (4 hours ago)