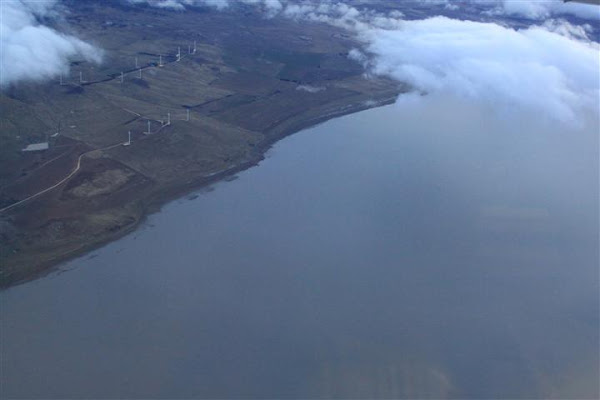 The Canberra community will be sourcing 15% of its energy from renewable sources by 2012 and 25% by 2020, under new targets set today by Minister for Energy, Simon Corbell.

“These important renewable energy targets (RETs) underpins the Government’s commitment to reduce greenhouse gas emissions by 40% by 2020, and to be carbon neutral by 2060,” Mr Corbell said.

“The Government has decided that it is a better approach to set targets based on usage within the ACT, because it paints an accurate picture of the emissions from ACT electricity users.”

We have an emission trading scheme now – so any policies the ACT has to reduce carbon will instead just shift the emissions somewhere else in the world. This is Corbell’s stupidity at its finest.

Try writing to him and see how long that little project takes.

I once wrote to Corbell and didn’t receive a reply.

So I wrote to him again asking why he didn’t reply to my first letter and the previous issue contained therein.

Not suprisingly, he didn’t reply to that either so I gave up.

Note for next time: write to Stanhope – in fact, don’t wait for next time. Send copies of both letters to Jon Stanhope and politely request a reply. He will pass the letter on to Corbell and it would be surprising if it wasn’t answered.

Well I would suggest that “start” shouldn’t be something who’s only possible resultant outcome is a higher cost of living for people in the ACT.

#11 Pot Holes says – [So what we just give up and say it is all too hard and our pissy little bit of dirt won’t make any difference to the big wide world. I am not a greenie but surely we have to start somewhere.]

Personally I would not refer to the ACT or Australia as a “….pissy little bit of dirt….”.
But anyway….. Do you know that CSIRO research in 1992 showed that the Australian landmass absorbs our emissions from industry and land clearing ?
http://www.publish.csiro.au/paper/BT9920527.htm
Quoting from the abstract; “The present modelled rate of net sequestration is of a similar magnitude to CO2 emissions from continental fossil fuel burning and land clearing combined.”

So – the facts are Pot Holes – that the carbon sink that is Australia – leaves none of our emissions for the rest of mankind to panic about.
If the CSIRO do not stand by those findings – they should take the paper off their webpage.

It’s a bloody good idea. If everyone did it we’d all be better off. Sometimes the grubbyment gets it right.

Perhaps we could start by working towards concerted action from the big polluters rather than sending families broke for miniscule effect.

Trying to put these matters on scale with the real world.
Taking nation by nation figures for carbon dioxide emissions from the “BP Statistical Review of World Energy 2010” – which you can download in xls.
http://www.bp.com/sectiongenericarticle.do?categoryId=9033088&contentId=7060602
Comparing emissions for China with those for Australia we see that our emissions have risen little over a decade while those for China are increasing rapidly. From 2002 to 2009 the Chinese increase in emissions each year exceeds our total annual emissions and Chinese emissions are not slowing.
If Australia suddenly stopped all carbon emissions we would not offset the Chinese increase in emissions by even a year – any effect on global climate could not be measured.
So this posturing by the ACT Govt is an exercise in utter futility in terms of climate – but it will certainly push up the cost of living for all of us.

Try writing to him and see how long that little project takes.

I once wrote to Corbell and didn’t receive a reply.

So I wrote to him again asking why he didn’t reply to my first letter and the previous issue contained therein.

Not suprisingly, he didn’t reply to that either so I gave up.

Sorry, I and the 54ModelShiela already pay a premium for electricity, so it’s simple Simon, it’s NO to Greenpower and we rent so Solar isn’t in the offering. Perhaps if ActewAGL wasn’t the sponsor of everything we could enjoy cheaper power. I guess that is never going to happen, Labor or Libs.

Corbell, if you are reading this, you are an an idiot

And if he is not reading it?

I hear you CRI – but he really, really should be reading these threads! This site (Riot) is really the only voice we mortals have to express our views on this rubbish as it comes out. Try writing to him and see how long that little project takes.

Corbell, if you are reading this, you are an an idiot

And if he is not reading it?

Most of the ‘energy’ in canberra comes from food, Hopefully most of that is renewable.

How come the PV breakthoughs at ANU arent commericalied in Australia instead of being sold overseas!

Why not put a power station in the cotter?

Corbell, if you are reading this, you are an an idiot — I mean — what difference will stopping Canberra’s greenhouse gas emissions make to the climate bearing in mind the fact that Canberra’s population of 300,000-odd is a drop in the ocean compared to the USA, India and China. WAKE UP WILL YA!!!

How charming. We have the nations dearest water, soon to be followed by its electricity. Just terrific,

I thought that Canberra has always had some of it’s power supplied from Snowy Hydro? Doesn’t that count? Or rather couldn’t it count?

Sukh Raj Singh Cheema - 4 minutes ago
Snny Singh how about The one on Main Street, Where we had cup of tea? View
google_user - 1 hour ago
This list is a poor selection of Indonesian restaurants. The list includes 5 star hotel, an Asian shop and a caterer working... View
David Judge - 1 hour ago
You forgot Rasa Sayang in Dickson. Great food- great people. View
News 11

Keran Niquet - 20 minutes ago
Why the concentration on the most pandered group of arrogant people on earth. Namely the Lycra brigade. If they want all thes... View
Mark Katalinic - 21 minutes ago
Adrian Fui Fui Moy every day I drive past people avoiding the paths so why not use them for racing? View
Peter Mcleod - 2 hours ago
Barr not Beer View
Opinion 80

Roy Cee - 30 minutes ago
Bekah Glaz not necessarily British citizens. British subjects which does not mean they are British citizens but British natio... View
Joe Seph - 1 hour ago
I embrace the day as does many Moore millions, how many times does the nation need to say sorry, change something, hand somet... View
Geoff Whitfield - 2 hours ago
Which is probably the reason it was never considered View
Property 38

Carly Maree - 18 hours ago
I love how people act surprised when this city has some of the worst crime I’ve ever encountered? I lived in Sydney for 8 y... View
News 1

HiddenDragon - 21 hours ago
The report aired on ABC Canberra news tonight about the devastating impact of the hailstorm on important crop resilience rese... View
show more show less
*Results are based on activity within last 7 days

A woman has died after being pulled from the water at a beach on the state’s south coast yesterday. Just...
Food & Wine 9

Al Manoosh, the newly opened Lebanese bakery in Mawson, is serving up breakfast with not a smash of avocado in...
Opinion 26

@The_RiotACT @The_RiotACT
The ACT is expected to continue its 30-year run of uninterrupted economic growth with the territory expected to grow by 2.4 per cent this year https://t.co/OpgxruIxe1 (3 hours ago)

@The_RiotACT @The_RiotACT
Explainer: Why shark activity has increased along the NSW South Coast this summer https://t.co/xrBtoEVpEC (4 hours ago)