Report calls out Government for failing to act on gender equality 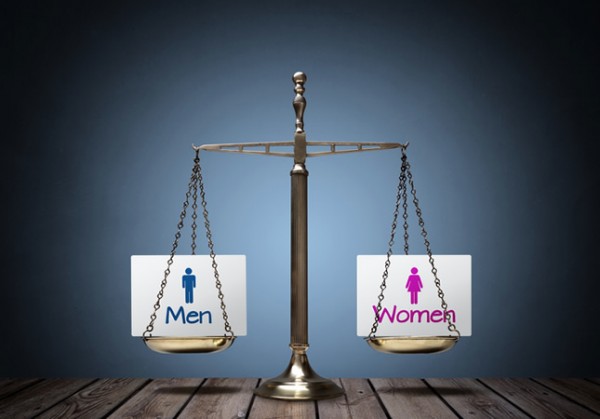 Fair and equal: ACT Government gets a poor report card on gender equality.

The ACT Government has been issued with a fail on implementing its own gender equality program in a report card issued on the eve of International Women’s Day.

YWCA Canberra’s Leading the Change: The Pathway to Gender Equality report card, which assesses the ACT Government’s progress on gender equality since 2016, says progress has been slow on many key indicators, such as primary prevention for violence against women, workplace gender equality and sexual harassment.

Executive Director Frances Crimmins said the organisation saw gender parity in the ACT Legislative Assembly and the development of an ACT Women’s Plan in 2016 as positive signs, but that ACT women were still waiting to see real outcomes from year one of the 10-year Plan.
“It is concerning that the Plan remains unfunded, with no clear targets or evaluation measures to track progress,” Ms Crimmins said.
“The promised implementation of Gender Impact Statements and rigorous triple bottom line assessments with a gendered focus would demonstrate that the ACT Government recognises that gender inequality cuts across all areas of the Government’s work.”

The Report Card urges the Government to adopt mandatory K-12 Respectful Relationships education that exists in other states to combat violence against women and girls, commit to working with universities to end endemic sexual assault and harassment on campus, and increase funding for specialised women’s services.

It recommends greater resources for the Office of Women with transparent targets and evaluation measures implemented and applied across government.

Ms Crimmins welcomed progress in some important areas, including funding to develop the Family Safety Hub and the introduction of a behavioural change program for men at risk of using violence.

The ACT Government has also made it illegal to discriminate against someone who is being subjected to domestic or family violence and criminalised the sharing of intimate text images without consent.

“YWCA Canberra have created this report card based on a belief that the ACT can be the leading jurisdiction for gender equality in Australia, and we will continue to monitor the implementation of the Plan and support the ACT Government to push for progress.”

Do you think enough is being done to promote gender equality in the ACT? Share your thoughts with us by commenting below.

Denise Bourke - 4 minutes ago
insurance'll cover that Shirley View
John Killeen - 24 minutes ago
At least the new electric fire trucks will always be first on-scene to a battery fire! View
Colin Mitchell - 27 minutes ago
Nick Anderson and they don't have service to... View
Opinion 2

Nada Krstin - 18 minutes ago
Zoya, I don’t understand why you even call these people ‘smart’? What makes them ‘smart’ – a uni education or fol... View
News 10

Denise Bourke - 23 minutes ago
Not a blessing for those supposedly buying the homes for aging. Very creative and imaginative but hardly a good match. View
Gary Hatcliffe - 4 hours ago
Get rid of the pokies and I'll rejoin.🤔 View
Community 5

Warren Warrenson - 27 minutes ago
Those are some big days… carrying packs or with support vehicles etc? View
Xuan Le - 2 hours ago
I wish I knew this earlier.... View
Allan Hill - 3 hours ago
Good one Todd man. Got confidence in you... View
Opinion 11

James Daniels - 46 minutes ago
Steve Ross despite any shortcomings, NSW government support for small businesses has dwarfed that provided by the ACT governm... View
Steve Ross - 5 hours ago
As a NSW resident, trust me, there wouldn’t be any difference, no matter if they were in power! 👎🏿 View
Sport 1

@the_riotact @The_RiotACT
Are you familiar with creepy facts? If so, this ghoulish Ken Behrens #Quiz is for you! It has plenty of spooky stuff for #Halloween, plus a few other bits about Canberra and current affairs https://t.co/kjZY3kTHca (49 minutes ago)