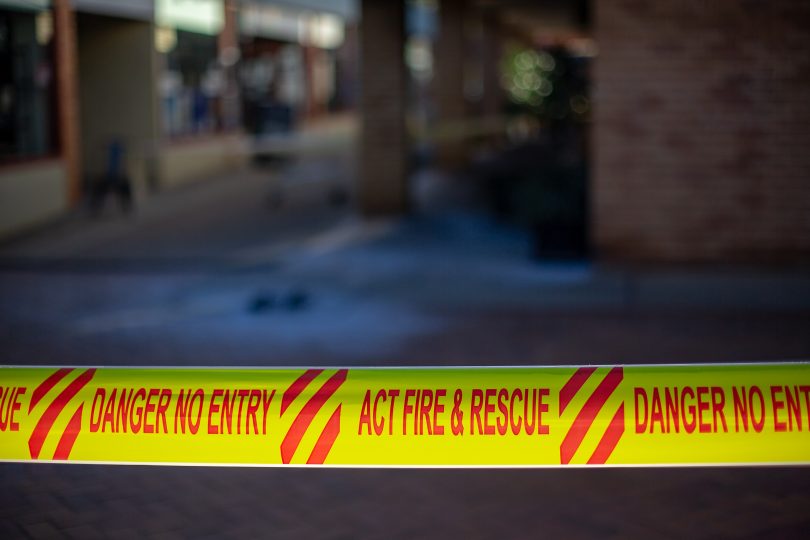 UPDATE 4:05 pm: A person has been found dead at the Ngunnawal residence which caught fire in the early hours of this morning.

The body was located at around 12:40 pm. The search was delayed due to concerns over the structural integrity of the building.

ACT Policing is now preparing a report for the Coroner and are asking for anyone who has information about the fire to contact Crime Stoppers and quote reference 6872967.

2:00 pm: A resident remains unaccounted for on Wednesday afternoon following an early morning fire in a unit at Ngunnawal.

Emergency crews arrived at the property on Paul Coe Crescent in the early hours of this morning (11 August) where they found the home to be “well alight”.

The unit suffered significant damage as a result of the blaze and surrounding residents were evacuated as a precaution.

The premises were handed over to ACT Policing. However, a spokesperson said officers had so far been unable to search the scene.

“At this time a full search of the premises cannot be undertaken as the structure is too unstable,” the spokesperson explained.

“Specialist assistance is being arranged to secure the remains of the building to allow a comprehensive search to occur.”

Patrick Barrett - 32 minutes ago
Dylan your fault View
Sonia Irwin - 5 hours ago
Been watching this as a client. Gotta say a bit nervous is an understatement View
Justin Newbury - 5 hours ago
Whoopsie. View
News 15