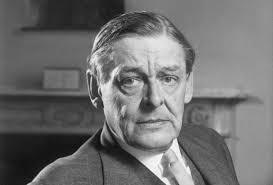 A young and vibrant Cassie Brizzi from country Victoria leapt lightly upon the stage of Canberra’s Smith’s Alternative for what was a great night of theatre. A monologue devised by well-known theatre teacher Ernie Glass, Brizzi stood alone on the stage with her green eyes peter-panning into a universe of madness and cruelty, anguish and innocence. Brizzi delivered an extremely demanding piece and fragmented dialogue composed of a montage of seminal poets and writers for the stage such as Adelaide’s the late Steve Spears, Adrian Mitchel, and Michael Leunig.

At times a lack of vocal dynamics, and physical contrast made it difficult to discern between individual characters, but Brizzi’s grounded speaking voice and diaphragmatic control gave weight to the words and truth to their origins. With hints of Australian singer Jeannie Lewis to Paul Simon interspersed throughout the script, sometimes a solo singing Brizzi interfered with the coherence of Glass’ narrative, but never his theme. A true tour de force from a brimming, brave and beautiful Cassie and a reflective Ernie brought an imaginative humility that was unafraid to dream and wonder why we have created the world we have.

Performed by actor and Cambridge scholar Julian Lamb and internationally acclaimed cellist David Pereira, this was a match made in heaven. T.S Eliot’s The Waste Land was elucidated and given new life by a delicate and dynamic interplay of music and the spoken word. As one of the most seminal texts of twentieth century, and notoriously difficult to understand, Lamb lives by that theatrical truism: show don’t tell. Having lived and loved the poem for over decade since he first performed it in Canberra at Narrabundah College, Lamb is able to reveal the characters of the poem with such precision as he becomes the text and as the text becomes music.

Pereira draws from an array of composers including Shostakovich, Mahler, Schoenberg, and his own music to punctuate, counter, harmonise and enhance the spoken word. His sensitive wizardry and humble depth truly made this performance an opera for spoken voice. An utterly inspiring performance.

Brian Rutherford - 1 minute ago
Warren Curry a sticker the size of a postage stamp and that you can’t read in one go because most of it’s obscured? They... View
David Jones - 4 minutes ago
Okay, but zero of those accidents happen if no one was riding on the road View
Max N Gloria - 22 minutes ago
Nathan Stack I had a drunk cyclist run into me years ago, he tried demanding a new bike until I said I was calling the police... View
Community 43

Steve Whan - 22 minutes ago
Just curious, do instigators of damage have their terms effected due to vandalism caused? I dont know. Just curious. View
Inca Serrated - 2 hours ago
Not a single mention of the conditions that prisoners are living in... Lockdowns, no family contact for over a year, no meani... View
Lori J Tas - 4 hours ago
Kriso Hadskini there are currently rules around how much the govt can enforce people to pay back week to week, sadly, given h... View
Property 11

@The_RiotACT @The_RiotACT
Edgar's has added another restaurant at its iconic location in Ainslie. The Inn offers a European bistro feel with a dark, moody atmosphere ... and the mash of Sophia Brady's dreams https://t.co/AoXEOQ5I8Y (33 minutes ago)