Riding for children’s cause spurs Adrian to new peak 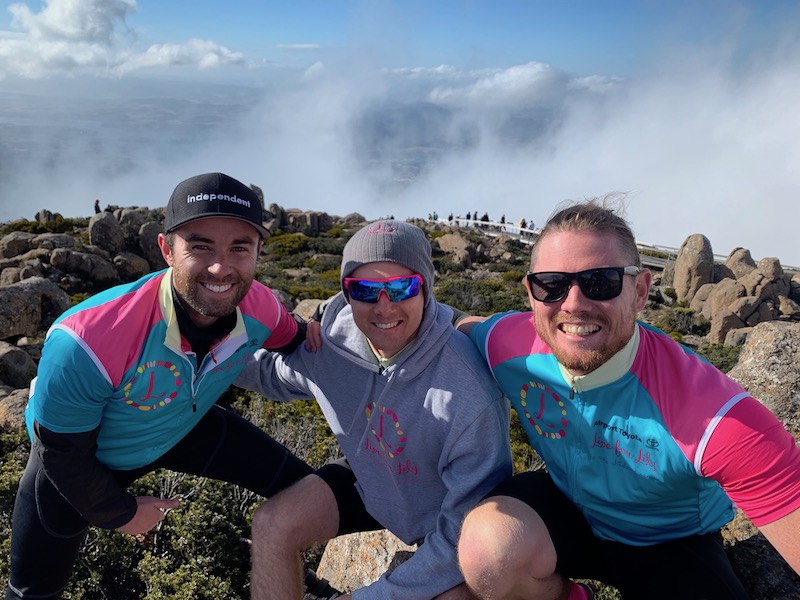 Out of his comfort zone, exhausted in the biting wind of Tasmania’s Mount Wellington, 1200 metres above sea level, Adrian Stroh kept peddling.

He was on the last peak of a gruelling six-day ride raising money for a cancer cure in memory of Lily Hester, who died of a rare liver cancer. Her father, Melbourne physical education teacher Aaron Hester roused the cyclists including Adrian from their sleep each morning, coaxing another 100 to 170 kilometre-a-day ride to a new, daily milestone.

Adrian says it was like completing each hurdle in the fundraising during which he collected $5450. “Eventually you get there and it is very satisfying in the end. Especially doing it with some of my good friends, it was wonderful.” 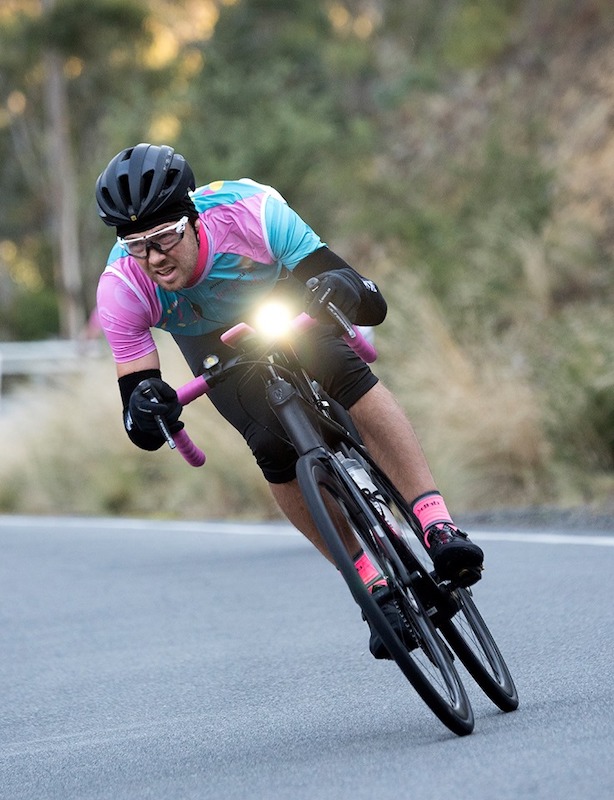 One of those friends, Josh Burgess, had completed two previous rides, and invited Adrian along for the 1000-kilometre Tasmanian ride. The first challenge was to get him a road bike.

He borrowed his brother’s and so began preparation in Canberra, riding up Mount Ainslie, then Black Mountain, and 70 kilometres to Cotter Dam and back.

“We had our share of spills. All three of us who were training from Canberra came off in crashes at some point,” says Adrian, a senior agent with Independent Inner North & City. “I think the hardest conditions we faced were in our training. We went out to the Cotter, it was blowing, raining, it definitely prepared us for Tasmania.”

His biggest fear was running out of puff on the ride. He welcomed the safety provided by support vehicles with flashing lights behind the bunch of riders, which was typical of the well-run organisation.

Diagnosed in 2013 when she was only eight-years-old, Lily endured over six months of chemotherapy, six operations, radiation among other tests, scans and many, many hospital visits. In January 2014, Lily did go into remission, however another scan in March 2014 revealed Lily was terminally ill. She died later that year and her parents Aaron and Sianne have been fundraising ever since so no child or parent has to endure what they did.

“They have raised over $1 million for funds to go directly to children’s cancer,” Adrian says. Cyclists from Melbourne, Sydney and Canberra began from Launceston, toured through Cradle Mountain and northeast Tasmania to Orbiston, along the north coast to Scottsdale and Scamander, then down the eastern coast to Orford before streaming down to Hobart, and ending in the ascent of Mount Wellington, among the most difficult climbs in Australia. 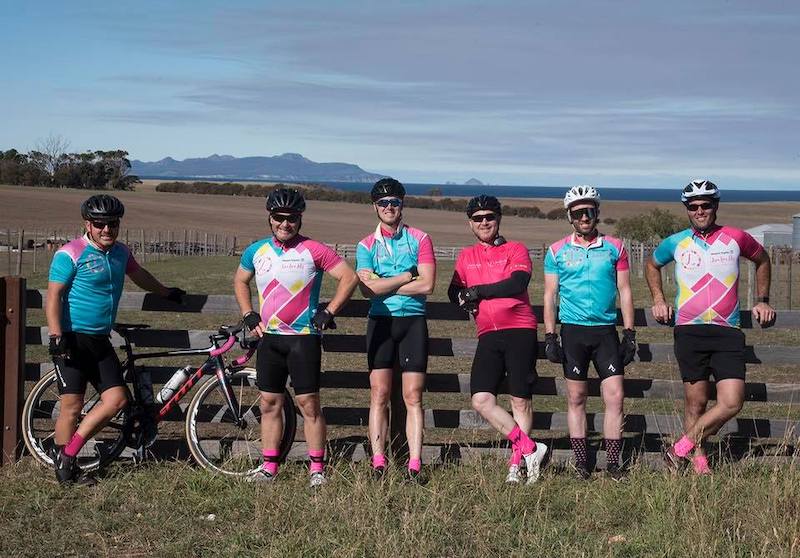 Camaraderie on the 1000-kilometre ride grows each day.

“There was a lot of climbing, that was the main challenge rather than the distance as such,” Adrian says. “It was freezing, it was windy, but very, very rewarding to get to the peak. Some mornings we started riding about 6 am and it was well below zero in the wind. Most of the guys are from Melbourne, a few from Sydney. They were surprised the boys from Canberra didn’t need extra clothing apart from their riding clothes.”

Each night they stayed in accommodation like school camps, with mess halls for team meetings with the support team. Fuelling-up at breakfast on fruit, toast and cereals, their breaks were planned. Everyone had plenty of Muesli bars. “For dinner, we did a few club meals, pasta, easy things to prepare for a large group,” Adrian says.

“The shorter days were the scarier ones, because you knew you were going to be doing some hills. When they were long days, you sat back, let the bike do the work.”

Reasonably fit from daily gym sessions and social sports, 29-year-old Adrian may go on next year’s ride from Canberra to Melbourne, through the alpine region. “This has inspired me to get outside my own bubble and take a look at people having a tough time and think of how I can make a difference,” Adrian says.

Varalakshmi Nathan - 48 minutes ago
Not every one rides a motorcycle. My husband had motorcycle and had fallen off and had bruises. Same with my son also. We nee... View
Jeff Smith - 3 hours ago
Woody Brenden Don't think Public Transport is better than it used to be for the average Tuggeranong resident. View
Jeff Smith - 3 hours ago
Tania Shaw Too true Tania. My bus use to take 12 minutes and two stops from Kambah straight to Woden, the bus changes in 2019... View
News 11

@The_RiotACT @The_RiotACT
Baseball at crossroads as Canberra Cavalry looks to work its way out of voluntary administration https://t.co/kCS2qm5vGb (24 minutes ago)