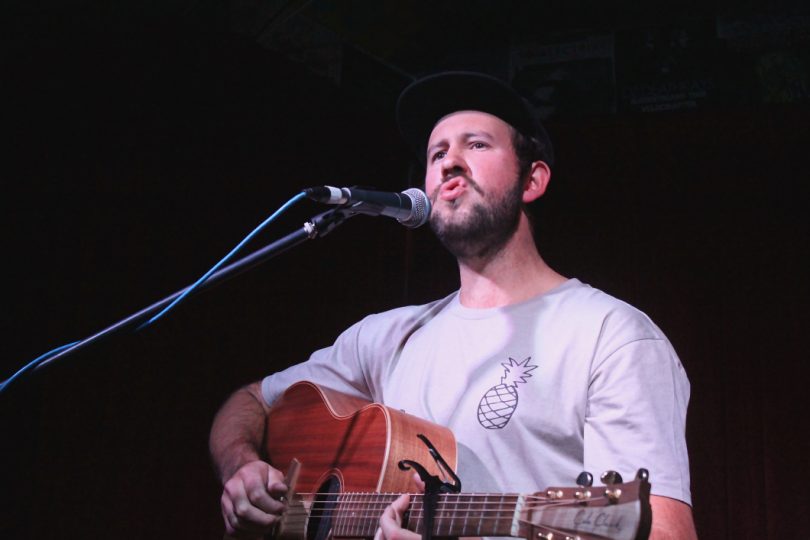 As autumn rolls on, the promise of attending a show in person is starting to appear like a dot on the horizon. That said, with the music industry in the US seemingly closed down for the rest of the year, and Australian tours not looking to resume until October at the earliest, musicians are finding new and inventive ways to stay in touch with their audiences.

Canberran experimental pop artist Endrey has made the decision to bring forward the release of his second album, and he has some intriguing ideas about how to share the music in a gigless world. Endrey has constructed a virtual tour, featuring live-streamed performances, listening parties and Q&A sessions in lieu of in-person concerts.

Local DIY art and music collective Mulgara is hosting Rockin The Burrows this weekend. It’s a live-streamed music festival featuring intimate sets from New Zealand’s carb on carb, Melbourne’s Vic Austin (from Nothing Really) and a whole host of local and interstate acts.

For even more Canberra music action, tune in to the humorously named Capital Thrills Festival. Each year, Groovin The Moo offered the chance for a select few local acts to jump on stage at a massive music festival. Capital Thrills is set to host performances from some of the artists that, in a perfect world, might have ended up playing bigger stages throughout 2020. 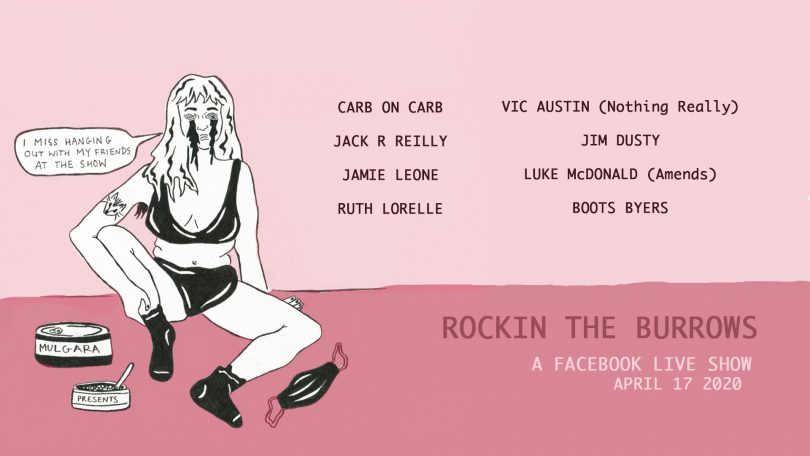 From their burrow to yours, Mulgara present live sets from a host of beloved artists. Image: Mulgara.

Where: Mulgara’s Facebook page
When: Friday night from 6:30 pm

Seven of the country’s most beloved independent artists (and one of New Zealand’s) are joining forces for Rockin The Burrows. No matter where your burrow is, you can tune in to this virtual music community on Saturday night from 6:30 pm. Catch sets from singer-songwriters Jack R Reilly, Jim Dusy, Jamie Leone, Ruth Lorelle, and Boots Byers, as well as members of Amends, Nothing Really and carb on carb. 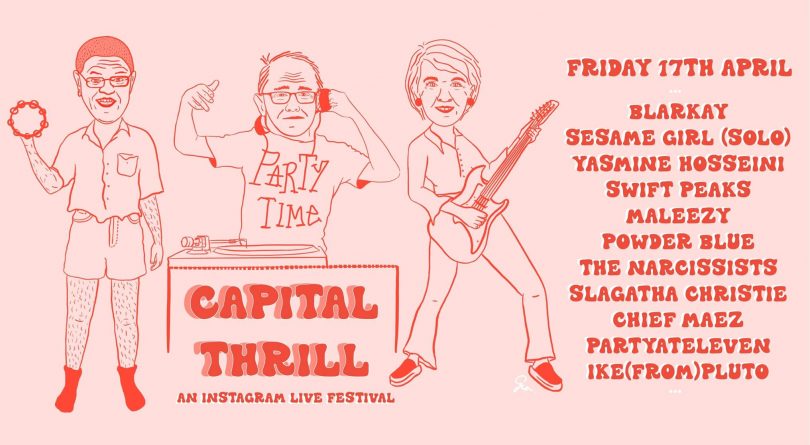 Where: Instagram Live. Join the event on Facebook for links to artists’ pages.
When: Friday night from 7:00 pm

An eclectic lineup of local musicians is set to take part in Capital Thrill, an online music festival that lets Canberran artists strut their stuff in the midst of isolation. Punk rock three-piece Slagatha Christie, bedroom pop artist Sesame Girl, and Weirdo Gvng members Ike(from)Pluto and Partyateleven are just some of the acts that will be taking to their Instagram accounts to share music from their kitchens, living rooms and home studios.

Maya123 - 18 minutes ago
So you work in this area of research and know more than those who are studding it? Science is evolving as more is learnt. Whe... View
Capital Retro - 2 hours ago
Climate change was happening when this old denier went to school - we studied it as a natural thing. In fact, it has been hap... View
Maya123 - 4 hours ago
More realistic of them to accept that climate change is happening and not ignore the research of those working in the field a... View
Business 24

Nish Nish - 25 minutes ago
Go Yass!👌🍻 View
Lynda Galt - 3 hours ago
Good luck it will be great for Yass View
Lyn Smith - 3 hours ago
They'd better! It would be great to see this restored! View
Community 1

Sonja Eldridge - 2 hours ago
Congratulations to all the winners esp my friend Wendy Beckingham!... View
News 14

chewy14 - 2 hours ago
Wait, So you think a government retrospectively changing legislation to prevent a development is a reasonable example of poor... View
JS9 - 6 hours ago
True, but it should also be remembered that prior to the government taking a relatively extraordinary step of legislating to... View
News 18

Jeff Smith - 3 hours ago
Did you know the small Taylor public Primary school in Kambah is above capacity whilst the nearby combined Primary & High sch... View
Kathy Sepulveda - 4 hours ago
Jessie Nicho I'm a little late to this but I agree with you 100%. All the money is going into the Northside Public Schools an... View
What's On 1

Lucas Hayden - 4 hours ago
This is one of the best facilities ive ever seen...... I am not a "horse" person but I almost became one just walking around... View
Sport 2

Steven Campbell - 7 hours ago
Reducing posted speed limit is simply government’s way of running away from their responsibilities. Laws are only as effect... View
Opinion 73

Capital Retro - 7 hours ago
Spot on. What goes on behind the scenes is usually at odds with the "clean & green" propaganda we hear. Just like a wind "far... View
show more show less
*Results are based on activity within last 7 days

@The_RiotACT @The_RiotACT
The @gg_australia got on his bike to support an Integra Service Dogs Australia cross-country charity ride https://t.co/LFB6Gl7Ooi (50 minutes ago)

@The_RiotACT @The_RiotACT
A member of the Whittley Marine boatbuilding family is on trial over the death of a 13-year-old Canberra girl who drowned when a boat he skippered capsized at the Moruya River bar in 2018 https://t.co/IXsaRWROus (50 minutes ago)