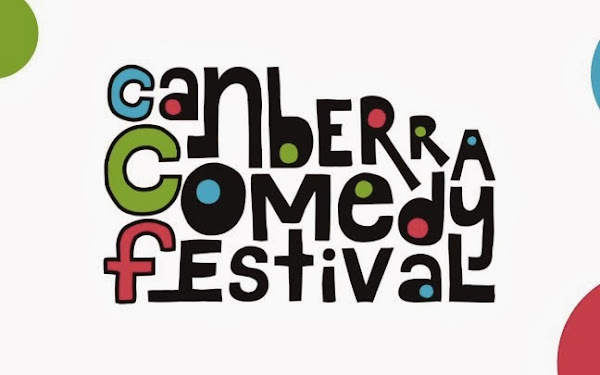 Pre-purchase future mirth before anyone else has a chance to gobble it all up by heading over to the Canberra Theatre website and entering a special code!

What code? Well you’ll need to be a premium-member to find out!

Email tim@the-riotact.com from the same email you used to create your membership here and he’ll give you the secret password, or if you’d like to sign up now a link will be emailed to you upon completion of your registration.

This year’s opening night gala was massive and it’s only going to get bigger so get amongst it.

In March 2013, the inaugural Canberra Comedy Festival showed that Canberrans have an appetite for live Comedy, with 3,800 attendees and even a marriage proposal during a show! The 2014 festival will run from 4 to 9 March, beginning with a dazzling Opening Night Gala featuring performances from the festival’s best comedians. The festival will then host a whopping 50 stand-up comedy shows over the next five days.

The Opening Night Gala will be on Tuesday March 4 in the Canberra Theatre Centre, and features the biggest line-up of comedians ever to hit Canberra! The performers are a mix of local, national, and international comedians, and there will be some very special guests!

Associate Director Benjamin Stevenson says, “The full program for the festival is absolutely mind-blowing. And the Gala that kicks it all off, all I have to say is: Grab Your Tickets Now. Last year the Gala sold out in less than 2 weeks, and the line-up this year is so good we have to keep it a secret! What I can tell you is that there will 11 of the absolute best comedians in a star studded line-up, and that as soon as we announce them, you’ll sell your granny for a seat.”

The Gala is on exclusive pre-sale to Riot Act members from today. Tickets to the public go on sale on 9am Friday December 13, along with tickets to many other Canberra Comedy Festival shows.

Here’s a clip of Emo Parsonson from the Gala opening earlier this year:

Feedback - 41 minutes ago
The article mentions that 'The path out will resemble last year’s easing but will include working from home for some time t... View
whatwik - 2 hours ago
With the school holidays upon us, spare a thought for children and parents (and grandparents!) in Cowra, which was among area... View
Opinion 49

Tom Worthington - 42 minutes ago
Not "Man the torpedoes", it will be: "Activate the AI in the Uninhabited Underwater Vehicles". ;-) More seriously, Australia... View
chewy14 - 42 minutes ago
JC, I've repeatedly said this isn't mainly about the hardware although it helps. And why can't we strengthen our non military... View
chewy14 - 46 minutes ago
Won't be fooled, I said it helps to protect Australia. But only partly through the hardware, the bigger benefits come from th... View
News 2

Tom Worthington - 52 minutes ago
Fond memories of the old Gowrie Hostel, where I was put up as a new public servant in the early 1980s. We all congregated to... View
Property 22

@The_RiotACT @The_RiotACT
Cold weather is sweeping in again across NSW and ACT, potentially bringing #snow, #hail, and damaging #winds with it. Here's what you need to know https://t.co/SiTWclpxRK (16 minutes ago)