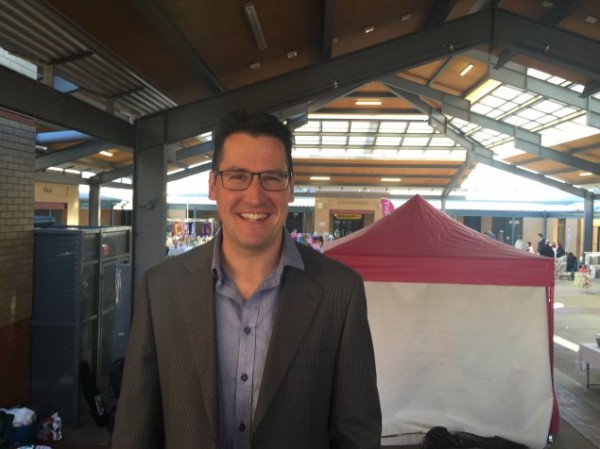 Though it remains unclear whether the Coalition will be able to form government, the Australian Financial Review has this morning reported that ACT Liberals Senator Zed Seselja is one of two names most mentioned by fellow conservative MPs as a potential for promotion to Malcolm Turnbull’s ministry and described him as a “rising star” among the conservatives in the Liberal Party (actually they said rising start, but we knew what they meant).

Senator Seselja has not reached the quota required to be re-elected and the Greens have yet to officially concede, but Senator Seselja is expected to take the ACT’s second seat when the count resumes on Tuesday. He is currently sitting on 0.9557 of a quota with Labor Senator Katy Gallagher on 1.1458 and the Greens on 0.5106. Senator Gallagher has won with increased majority. 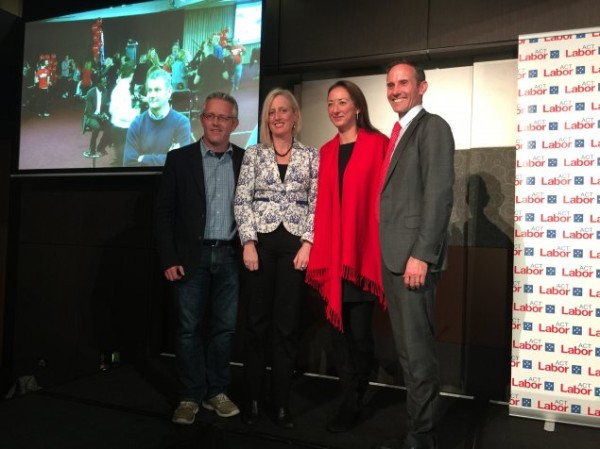 In the House of Representatives, all three of Labor’s Canberra and region candidates were victorious, with Gai Brodtmann returned with an increased majority in Canberra, Andrew Leigh back with a swing towards him also, and bellwether veteran Mike Kelly (pictured below) winning Eden-Monaro resoundingly after a term watching Peter Hendy from the sidelines during the last Parliament. 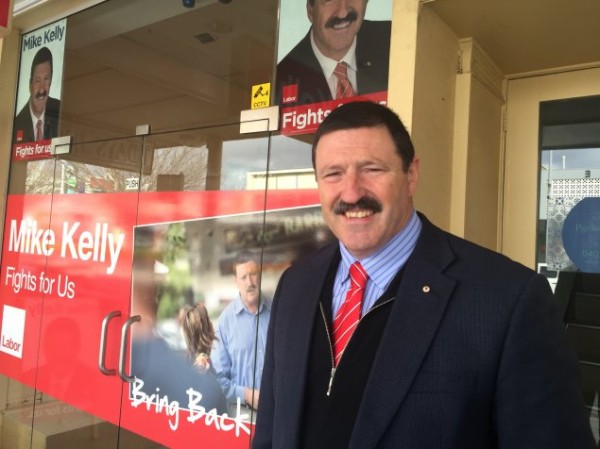 There will be no further results to report until tomorrow, when counting continues.

In the Financial Review article, under the headline ‘Abbott’s forces demand a greater role’, Philip Coorey has this to say on Senator Seselja’s front bench prospects:

“Mr Turnbull will be under extreme pressure to at least fill the vacancies with conservatives. Rising starts [sic] like ACT Liberal Senator Zed Seselja and Victorian MP Michael Sukkar are the names most mentioned among conservatives.”

FROM THE TALLY ROOM

Christina Hobbs? Some gracious concession words is what you do at this point.

Why? She’s not the incumbant, nor is she a front-runner.
And based on the disgusting misogynistic attitude of Seselja’s team, she shouldn’t even acknowledge his existence.

Robert Gunning was in Fenner for the Liberals. I still don’t know if he was Senate or Federal ?

How come we don’t hear about him or others before the election ? (Last election we had a female candidate) Are they all first timers just having a crack ?

All I hear about or know about Canberra Liberals is ZED and he isn’t my electorate . It’s like he is the only Federal Liberal candidate in the ACT ?

Zed is a Senator so if you live in the ACT, anywhere in the ACT he is in your ‘electorate’.

Only reason you heard just from him was elsewhere the Libs had zero chance of getting up. So why waste money pushing candidates who won’t win.

Sad thing is us these candidates think they stand a chance so spend their own money and time promoting themselves in the vain hope of getting in. An uncle of mine was a candidate for a safe labor seat in Sydney a few elections back and is very bitter and twisted about how the party machine treated him. He now votes labor. Though should admit he came from a very working class family that were labor people and only defected to the Libs over a state issue he felt strongly for. Told him at the time he was crazy, if a state issue is your platform go for state politics not federal.

So guess what I am saying is the machine used him and his money to fill a void with a liberal candidate on s ballot paper.

No doubt same happens in labor party too.

Christina Hobbs? Some gracious concession words is what you do at this point.

Robert Gunning was in Fenner for the Liberals. I still don’t know if he was Senate or Federal ?

How come we don’t hear about him or others before the election ? (Last election we had a female candidate) Are they all first timers just having a crack ?

All I hear about or know about Canberra Liberals is ZED and he isn’t my electorate . It’s like he is the only Federal Liberal candidate in the ACT ?

ABC reported this afternoon that Zed Seselja had made quota, and thus re-elected to the Senate for a second term.
http://www.abc.net.au/news/2016-07-14/election-2016-senator-zed-seselja-reaches-quota-for-re-election/7629066

I think it’s hilarious that the Liberal Party, conned by Rupert Murdoch into becoming a sort of tea-party-friendly group pandering to the extremist fruitloops who deny climate science (and think vandalising the NBN was a good idea) and thus frittering away its support from middle Australia, is going to listen to Rupert Murdoch – AGAIN – and veer back towards the Tea Party as a reaction to the damage it did to itself by veering towards the tea party in the first place.

Maybe Rupert Murdoch is actually a secret socialist and this is all part of his plan to completely destroy the Australian Liberals just as he has used Fox to destroy the US Republican Party?

rising star? lol the guy is a goose.

The last thing the ACT Liberals need if they want to win local government and have a real go at the seats of Canberra and Fraser is more Seselja control of the party through more staffers. It will take the party further to the right and make it even less relevant to the majority of residents.

“Mr Turnbull will be under extreme pressure to at least fill the vacancies with conservatives. Rising starts [sic] like ACT Liberal Senator Zed Seselja [sic] and Victorian MP Michael Sukkar are the names most mentioned among conservatives.”

The ACT Liberal senator who was instrumental in scotching what was going to be lots of jobs and growth through the construction of a gas-fired power station and data centre next to the Mugga tip is going to be on the front bench of a “jobs and growth” government?

Wouldn’t happen if grown-ups were in charge.

Wayne Williams - 18 minutes ago
Lilly Walter tell that to the recently fatherless young fella in Brisbane, women commit family violence also View
Abbey Snell - 18 minutes ago
Samantha there is a non-gender specific sleepbus. I think this is a situation for equity. A large cause of homelessness for w... View
Monica Tiffen - 41 minutes ago
Great idea! View
News 2

paservank - 30 minutes ago
...or get rid of all the cars? (an equally stupid and self-centred idea) View
chewy14 - 5 hours ago
It's ridiculous that the government is deliberately creating situations that expose these vulnerable road users to harm yet t... View
News 15

Jamii Lee - 38 minutes ago
So you’d rather the building sit unused for a unspecified amount of time just so a few people (would love to know the figur... View
Breaking 1

ChrisinTurner - 41 minutes ago
Another great advantage of using unmarked Police cars. Why aren't they all unmarked? View
Property 4

chewy14 - 47 minutes ago
This is a strange comment. Firstly, it assumes that the local ACT government is fully in control of house prices in the ACT w... View
Aneta Petreski - 1 hour ago
Isnt this most of Canberra?... View
Capital Retro - 2 hours ago
Glad to see the madness hasn't reached Tuggeranong suburbs yet. View
Lifestyle 13