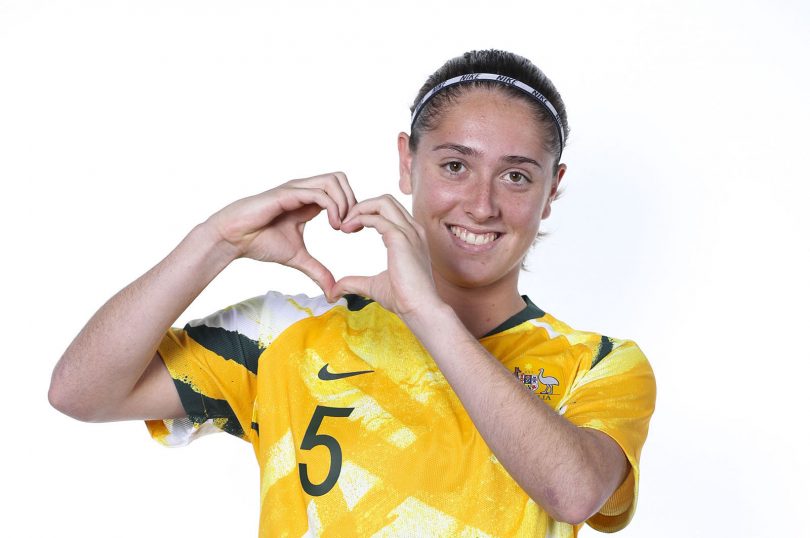 It has been a whirlwind 2019 for 18-year-old Karly Roestbakken. Photo: Getty Images.

Canberra United and Westfield Matildas fans know how good Karly Roestbakken is. Now, the world has taken notice as well.

Roestbakken’s breakout 2019 has been recognised on a global scale, with the 18-year-old last week nominated for the Asian Football Confederation (AFC) Youth Player of the Year (Women) award.

The local star was named alongside China’s Wang Linlin and Japan’s Jun Endo on a three-player shortlist to receive the award, with the winner to be announced at the AFC Annual Awards 2019 in Hong Kong on 2 December.

Roestbakken admits it’s an honour to be recognised among the best players in Asia.

“This year has just been a whirlwind for me and receiving this nomination just adds to it,” Roestbakken said.

“I’m just playing the sport I love, so to be nominated alongside players like Wang [Linlin] and Jun [Endo] is a huge honour and something I’m very proud of.”

Few players in world football have enjoyed the same success as Roestbakken has this year.

The teenage defender made her Westfield Matildas debut at the 2019 FIFA Women’s World Cup in June, before captaining the Westfield Young Matildas at the recent AFC U-19 Women’s Championship in Thailand.

Roestbakken was also named the Professional Footballers Australia (PFA) Young Women’s Footballer of the Year and received the inaugural Collette McCallum Medal for exemplifying exceptional standards, commitment and courage while representing her country.

“It was an honour to receive both of those awards,” Roestbakken said.

“It’s amazing to see the recognition that female footballers are getting today for their hard work and talent, so to receive those awards means a lot to me.”

Roestbakken was appointed one of Canberra United’s co-captains for the Westfield W-League 2019/20 season, in what will be her fourth campaign with the club.

United got their season off to a winning start on Sunday, with a Simone Charley double lifting the side to a 2-0 win over Perth Glory.

Canberra will face Melbourne City in Round Two of the Westfield W-League at McKellar Park on Sunday, 24 November.

If you want to #GoGreen with our team, Season 12 memberships and tickets are on sale on the Canberra United website.

Karly Roestbakken in control during the round 1 W-League match between Canberra United and Perth Glory at McKellar Park on 17 November 2019 in Canberra. Photo: Jason McCawley/Getty Images.