RSPCA chief is moving on to next challenge 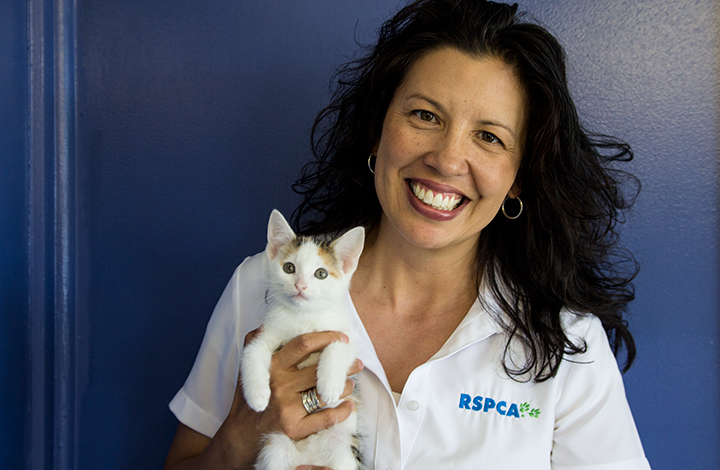 Tammy Ven Denge has been the public face of the RSPCA for four years. Photo: RSPCA.

Tammy Ven Dange has resigned as Chief Executive Officer of RSPCA ACT after four years at the helm and will leave the position at the end of the financial year.

Ms Ven Dange said it was ‘a good time for both the organisation to seek new leadership and for me to move on to other challenges’.

“I’m a transformational executive so I fix up things when organisations need help , and I guess where at that point now where the organisation is fairly stable and I have a great leadership team in place right now,” she said.

Ms Ven Dange said the past four years had been some of the hardest and most rewarding times of her career, but her passion for the mission and the animals in the RSPCA’s care had not diminished.

“I will sincerely miss the amazing people and animals that I have met in this role, and I feel so privileged to have been its steward,” she said.

“Never did I dream that I’d be part of an organisation in my kind of role where I get to write a children’s book, get involved in the most amazing campaigns that we’ve done, and even changing laws. I’ve had those opportunities in this organisation and it’s been such a blessing but at the same time I know that I’m the kind of person who likes to continually grow. I know the organisation probably needs a bit of fresh air and I just think it’s a good time to do that.”

If anything Ms Van Dange is tired after four full-on years.

“I was working 80 hours a week for the first couple of years, until last year we didn’t have a general council to look after the inspectors. Last year I finally promoted someone to be marketing manager because I was wearing that that hat too,” she said.

She is already fielding interest for her services but is ready for a break and refresh before taking on anything new.

“My heart will always be with the RSPCA and the difficult, but fantastic work that the team does for animals in need in the ACT. I know that I am leaving the organisation in safe hands with a fantastic leadership team in place right now,” Ms Ven Dange said.

The public face of the RSPCA listed achievements on her watch as the strengthening of the Animal Welfare Act, four years of financial surplus, the end of greyhound racing, a 90 per cent re-homing rate across all species for the first time, and an increase of community support and interest in animal welfare in the ACT.

She is also proud of the desexing and prevention programs that are finally having an impact on the number of incoming cats, which means less animals are going to die.

She said it was a hard decision financially but the right thing to do from an animal welfare point of view.

The RSPCA said Ms Ven Dange would continue to drive the organisation until the end of the financial year, and would be working with the Board to ensure a smooth and systematic leadership transition.

RSPCA ACT Board President Jeff Butler wished Ms Ven Dange the best as she embarked on the next phase of her career.

“She has had a profound and significant impact upon animal welfare issues within the ACT, and has positioned the organisation well for the next chapter of our development,” he said.

“The Board has appreciated her insight, advice and experience in helping to shape our organisational strategy, and we are confident that Tammy will be highly successful in whatever she next chooses to do.”

The CEO position will be advertised in the next fortnight.

Rose Lovejoy - 3 hours ago
Michelle Jenkins I could see you here. View
Allison Lubransky-Moy - 3 hours ago
Erica what a dream 😍 View
Bethany Corr - 3 hours ago
We will keep the main cottage, you guys build your dream house! Craig Corr Hayden Miller View
News 19

Jennifer Gee - 3 hours ago
Some really spiteful comments on here. He was very young when he entered the limelight and acted out as many young teens do w... View
Alan Davey - 6 hours ago
Very loose has he grown up yet more show than go onthe fringe... View
News 2

Government may put RSPCA and Domestic Animal Services on one site

@The_RiotACT @The_RiotACT
It’s that time of year again: holidays, heat & the Hottest 100. Here are the Canberra bands to listen out for this year https://t.co/sojU14ngrJ (60 minutes ago)