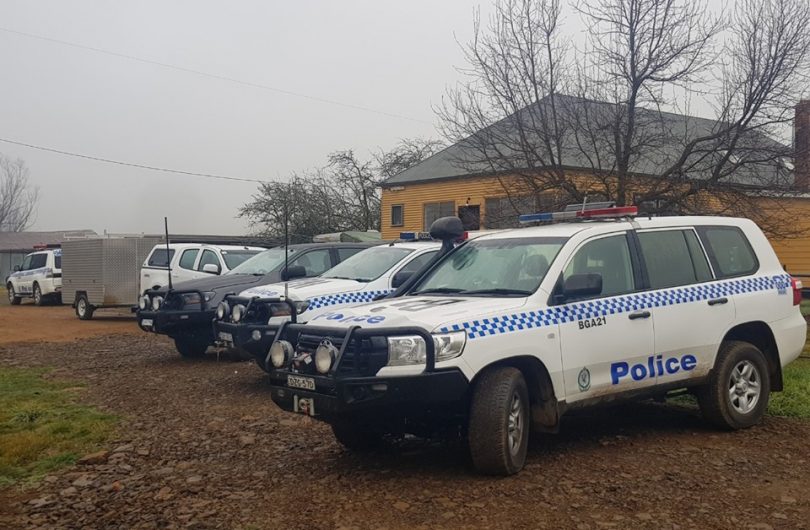 Crime in regional areas is not new, but it is a growing area of concern. For example, police report that stock theft has seen more than 20,000 individual head of stock stolen from NSW farms in 2018, with the loss of sheep and cattle alone costing farmers over $3.2 million.

“Our farmers are under siege. Already adversely affected by the drought, rural crime is having a significant and direct effect on the economic welfare of farmers and their families and we need to do something about it,” NSW Crime Stoppers CEO, Peter Price AM, says.

A six-week community awareness campaign was launched at AgQuip in Gunnedah last month, with the roll-out arriving in Goulburn this week followed by Mudgee, Bourke, Griffith and Henty.

The campaign will provide information on how regional communities can deter or prevent crime while encouraging people to report crime – ‘see something, suspect something, say something’ is the theme.

NSW residents are being urged to contact Crime Stoppers, to report any illegal activity with all information treated in the strictest of confidence.

Assistant Commissioner Geoff McKechnie APM, says rural crime is continuing to have a devastating impact across the State.

“To make a real difference, we need a whole of community approach. There are some preventative measures that can be undertaken such as installing cameras, ensuring gates are locked and in the case of firearm theft, ensuring guns are locked and ammunition kept separate to any firearms,” Assistant Commissioner McKechnie says.

“It is also important to report crime as soon as it occurs, whether you are the victim or you have witnessed a crime. A call to Crime Stoppers or the Police at the earliest opportunity increases the chances of recovering stolen livestock or firearms and catching the people committing these terrible crimes.”

If you think you have information about someone in your community who has committed a crime call Crime Stoppers on 1800 333 000 for a confidential conversation, or you can report securely via the Crime Stoppers website.