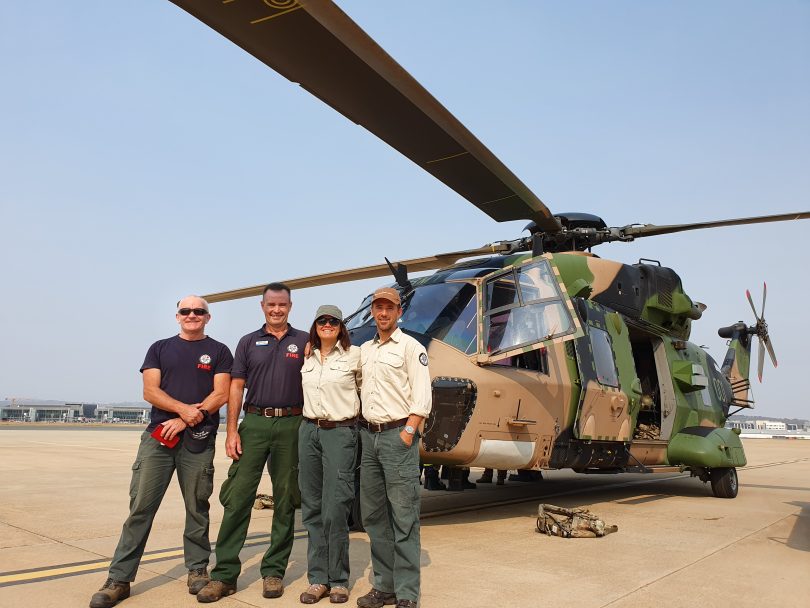 Staff from ACT Parks and Conservation about to board an Army MRH-90 helicopter to travel into a remote area of Namadgi National Park. Photo: Supplied.

Staff from ACT Parks and Conservation have worked closely with members of the Ngunnawal community during the bushfire state of emergency to retrieve an ancient women’s cultural object from a remote area of the Namadgi National Park.

The operation was successfully coordinated with direction from the Dhawura Ngunnawal Committee, the Environment, Planning and Sustainable Development Directorate, the ACT Emergency Services Agency and the Australian Defence Force.

It has not been disclosed exactly what the artefact is, but ACT Environment Minister Mick Gentleman said the culturally-significant item that is between 700 to 1000 years old will be kept safe until a long-term and secure resting place is determined by the Ngunnawal people.

ACT Parks and Conservation Service staff Mikaela Jade, Peter Cotsell, Brett McNamara and John McRae retrieved the item on 14 January at the request of members of the Ngunnawal people.

Mrs Caroline Hughes, on behalf of the Dhawura Ngunnawal Committee and the Ngunnawal community, said the committee was deeply thankful for the respectful consultation and care in ensuring an ancient cultural object has been protected.

The measure was undertaken as fire crossed the ACT border into Namadgi National Park.

“Words cannot express our gratitude and appreciation to the team of people that undertook this extremely arduous and challenging task on our behalf with such respect for the cultural values of our people,” Mrs Hughes said in a statement.

“We particularly acknowledge and pay our respects to Mikaela Jade, a Cabrogal woman, who played a significant role in this retrieval on behalf of the Ngunnawal people, due to the qualifications that were required by authorities to undertake this task.

“We would like to extend our thanks to the ACT Environment Planning and Sustainable Development Directorate, Emergency Services Agency and the Australian Defence Force for their collaboration to secure the safe retrieval of this ancient Ngunnawal women’s cultural object.” 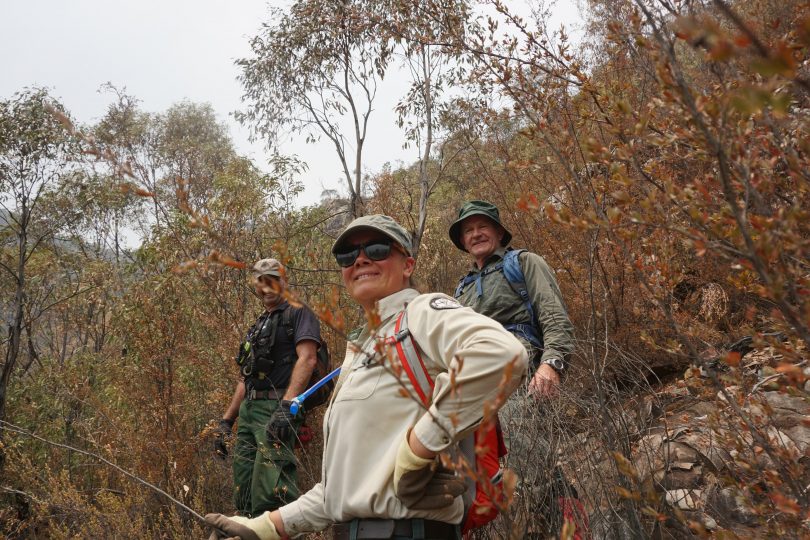 With the blessing of traditional custodians, members of ACT Parks and Conservation travelled into remote Namadgi to recover a significant Aboriginal object. Photo: Supplied.

The retrieval of the object is only one part of the work being undertaken to protect significant cultural objects and sites within Namadgi National Park.

“Many Aboriginal people in NSW and Victoria have experienced the loss of homes and businesses,” Mrs Hughes said.

“There has also been the heartbreaking loss of significant cultural objects, sites, flora and fauna in their homelands, and our hearts go out to them. The work that is being done to reduce the potential impact of fire within Namadgi will hopefully save the Ngunnawal people from this heartbreak.”

This retrieval of the object is the first of its kind in the ACT.

Mr Gentleman said the retrieval operation set the foundation for future missions when the ACT’s Ngunnawal history is at risk.

“The ACT region and Namadgi National Park is home to many Aboriginal places and objects including rock shelters, scarred trees and artefact scatters which are dated from tens of thousands of years ago,” Mr Gentleman said.

“To conserve these important sites and objects, the ACT Government is working with members of the Ngunnawal Community including representative Aboriginal organisations to enhance protection while there are bushfires in the surrounding region.”

Mrs Hughes said the Dhawura Ngunnawal Committee was grateful that its voice was heard regarding this cultural object.

“We now look forward to continuing to work with the ACT Government and particularly the Environment, Planning and Sustainable Development Directorate in the management of Country.”

The ACT Government has provided greater protection for the region’s Ngunnawal culture by implementing a range of safeguards to conserve cultural sites and artefacts during an emergency.

These are in addition to the work the ACT Parks and Conservation Service conducts each year as part of its bushfire operations plan to protect culturally significant places and objects and deliver prescribed, ecological and cultural burning.

Areas of Namadgi National Park that have been protected include zones around rock art sites, with the removal of vegetation, the introduction of bare earth containment lines and installation of sprinklers.

There are also ‘no water-bombing zones’ to protect stone arrangements and burial sites within the park.

These things are just as valuable as houses & sheds. Well done 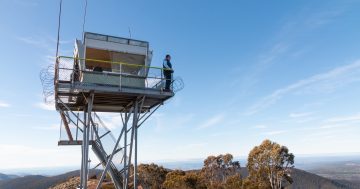