New cafes aim to provide mental health care for Canberrans who have nowhere else to go. Photo: File.

The rollout of two Safe Haven Cafes, where people who are experiencing mental health concerns or distress can go for support instead of an intimidating emergency room, will begin in January next year when suitable sites will be chosen and refurbished.

The pilot program – with one cafe on the Canberra Hospital campus and another in the city – will allow people to connect with others in a bid to counter loneliness and isolation and intervene before a crisis situation develops.

The cafes aim to support people who have symptoms that are not severe enough to present to the ED but exceed the capacity of some community service organisations who are not able to respond to acute mental health episodes.

Fewer than one-third of people who committed suicide between the ages of 10 and 24 were receiving mental health care at the time of their deaths, new research in the Australian Medical Journal revealed.

Alcohol consumption near the time of death was recorded in around a third of these cases while a history of using illicit substances was recorded in 28 per cent of cases.

Improving the ability of community members, including other young people, to detect and respond to people at risk of self-harm in others is critical, the report said.

“To reduce the number of youth suicides, it is imperative that prevention strategies target the mental health and psychosocial stressors that lead to suicidal crises in young people.”

It is a sentiment supported by Menslink CEO Martin Fisk.

“For some young people, and for young and older men in particular, suicide is often related to important and significant life events,” he said.

“For young guys, the most common situational causes of suicidal thoughts or behaviours are the loss of a relationship, significant bullying, loss of a job or a sudden ending to a potential or actual sporting career.

“They may not necessarily seek out mental health support because in their mind the issue is the relationship breakdown or that they have been made unemployed and have bills mounting up.

“What these young people need is access to trusted adults to show them the way through and remind them that their current situation is only temporary and things will get better.” 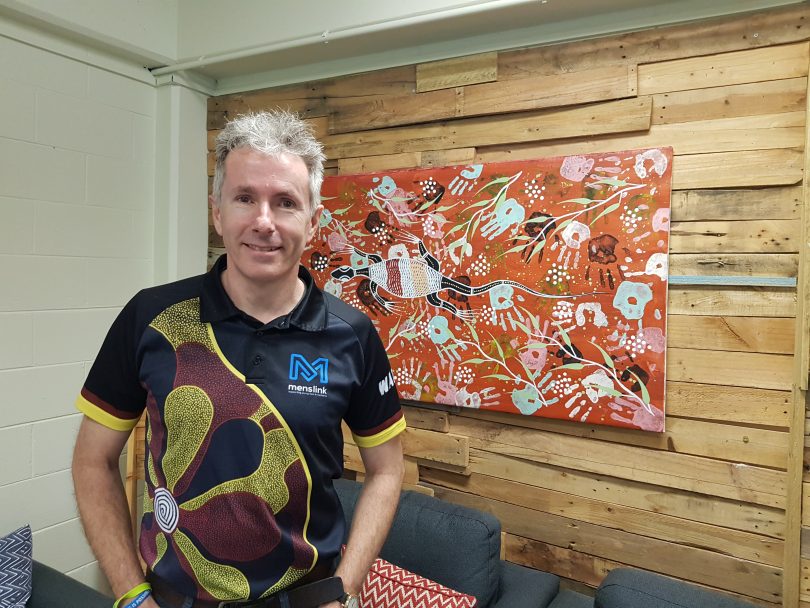 Early intervention services and short-term interventions, such as coordinated care after discharge from emergency departments following treatment for self-harm, can reduce the risk of suicide.

It is where the cafes can come into play.

“For anyone experiencing a mental health crisis, especially young people, it is important to have a range of different places to ask for help where they feel safe and supported,” she said.

“It offers another option for people in distress to complement what is currently available through hospital emergency departments and mental health crisis services.”

The Safe Haven Cafe concept is similar to the Melbourne model at St Vincent’s Hospital where around 40 per cent of the people who attended the cafe did so as an alternative to the ED. However, the ACT model will not operate 24/7.

Nearly $350,000 was put aside for the cafes by the ACT Government in April as part of its COVID-19 Mental Health Support Package, which has been working through its codesign process over the past six months.

Wow this is great!