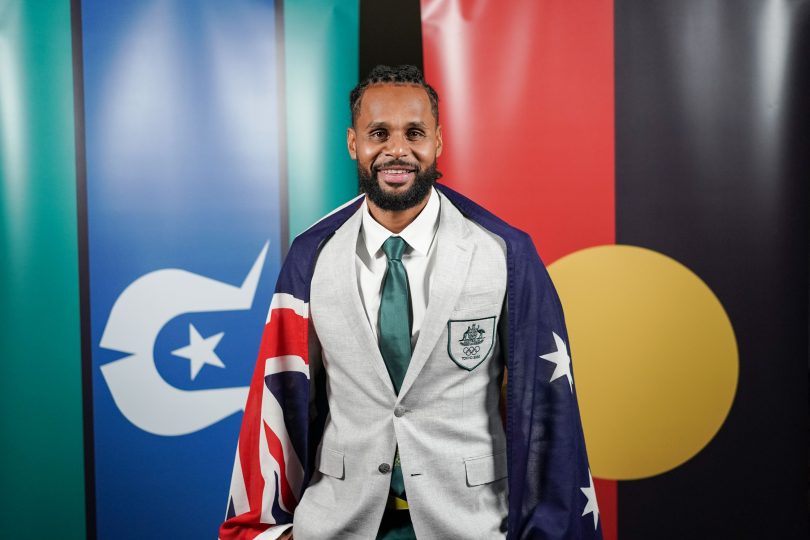 Why has basketballer Patty Mills been in the news recently? Photo: Supplied.

If you’re now back in the office and want to test your colleagues’ knowledge, take our weekly Ken Behrens Quiz.

This week focuses on Canberra’s coffee, bars and heroes, plus some general knowledge stuff.

One Response to Updated: Satisfy your thirst for knowledge with our weekly Ken Behrens Quiz
Filter
Showing only Website comments

Herman Riet - 7 minutes ago
Paul Muscat There is a group on Northside in the new suburbs called Friends of the Park I tried ringing & leaving message the... View
Troy Dare - 2 hours ago
Rien Wiersma - Most of the grass we’re talking about here is weed species...which invade the bush capital. And you’re rig... View
Seti Saenz - 2 hours ago
Trish Hunt It has been raining a lot so it makes sense it is so tall. We are building a house and the builder has to keep can... View
Public Sector 33

Jilly Beans - 18 minutes ago
Michael Miitze yes true- consultants always look so surprised when you take them to task on something! View
Michael Miitze - 28 minutes ago
Jilly Beans agreed, but the APS does itself no favours. They are so passive and poor at contract negotiations and management. View
Ben Stevens - 2 hours ago
"the increasing reliance on labour hire and consultancies is based on Coalition hostility to public servants and the public s... View
News 21

Should all COVID-19 tests be free?

Patty Mills headlines the ACT’s Australian of the Year nominees

@the_riotact @The_RiotACT
The @CPSUnion is concerned about an ACT Government data breach that potentially enabled #sensitive health data of 30,000 ACT #publicsector employees to be publicly available for three years https://t.co/N5EhD2peS6 (42 minutes ago)