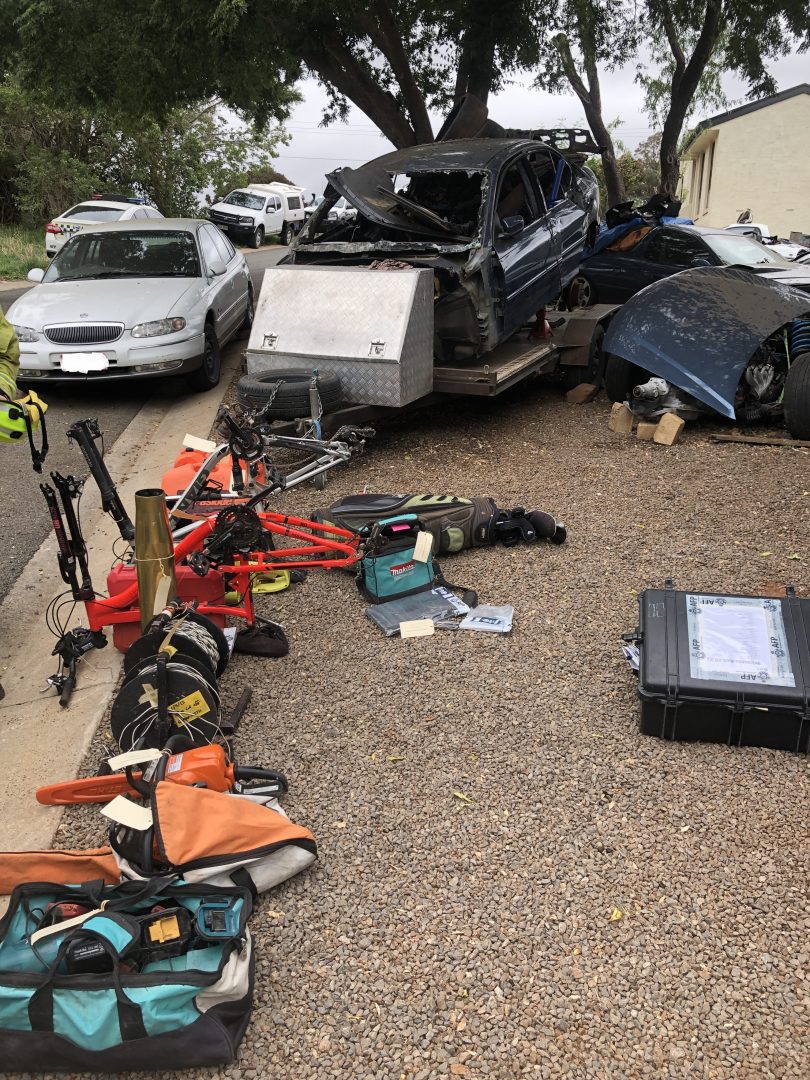 A loaded sawn-off shotgun, a significant amount of allegedly stolen property and a snake have all been seized by police during a house raid in Giralang today (3 March).

Officer in Charge of Belconnen Police Station, Station Sergeant Brett Booth said there are hundreds of items that will take police days to catalogue.

“This is quite a large seizure in relation to some property which has been found in a house. A lot of it appears to be stockpiled, there are a lot of repeated items, dozens of the same item,” he said.

“We were stunned by the volume of materials that were located.”

The large snake – believed to be a jungle python – and a dog were also removed from the premises and have been given to animal services. 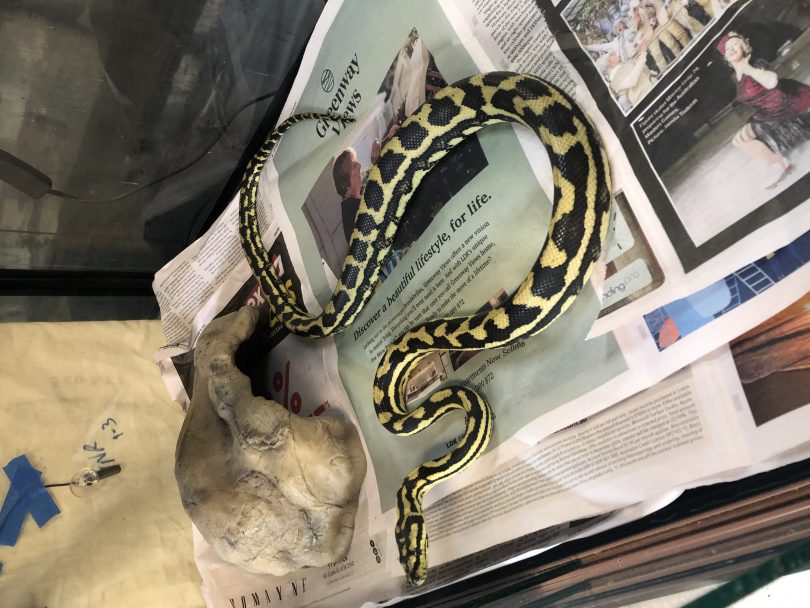 A large snake was taken away during the police raid.

Police have been investigating the man since Friday before they executed a search warrant in relation to the stolen goods.

He is expected to be charged with stolen goods and firearm offences later tonight.

If you believe any of the stolen items could be yours, please contact the police or present yourself at a police station with identity and proof of purchase documents.