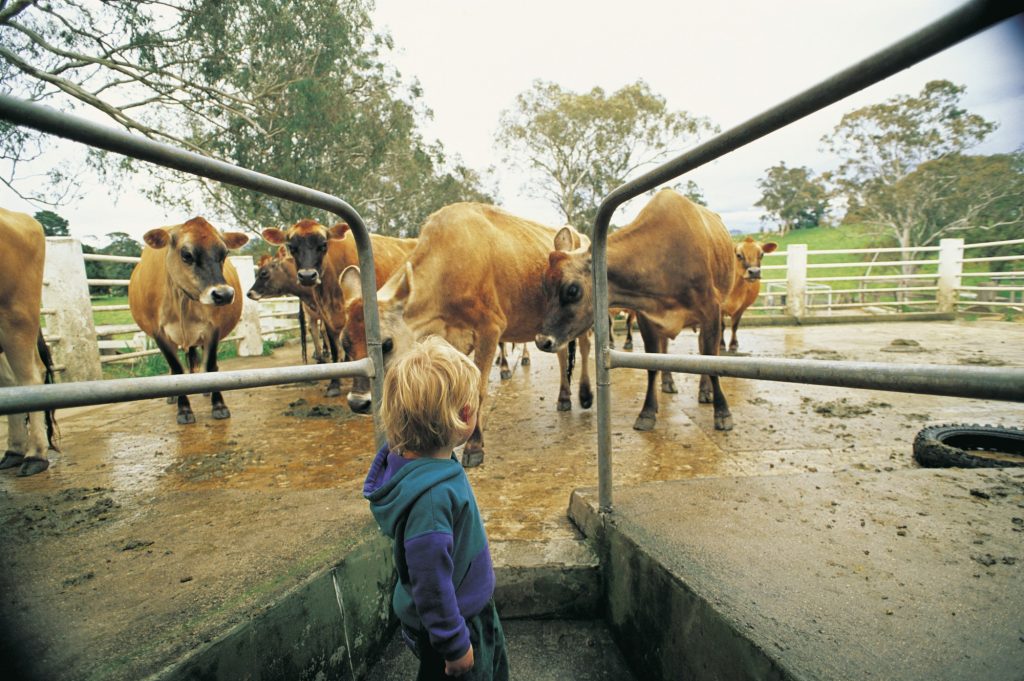 Vulnerable farmers are being targeted on social media by fraudsters taking money for cheap fodder and then never delivering any products. Photo: Sapphire Coast Tourism.

Fraudsters have been targeting vulnerable farmers on the Southern Tablelands, desperate for hay after the drought and bushfires, by taking deposits and then not delivering any fodder.

Strike Force Woden has been set up by NSW Police after they received multiple reports of a person advertising cheap hay on social media and then rorting farmers once they received deposits.

“These are difficult times, and it is disgusting to think anyone would seek to take advantage of people who have already been through so much,” he said.

“I would encourage anyone buying supplies online to only deal with people and businesses that have proven to be genuine in the past.

“Where possible, it is best to only hand over money when the goods are in your possession.

“And of course, the age-old saying applies – if it sounds too good to be true, it usually is.”

Although farmers along the Southern Tablelands have been affected, the fraud has not been isolated to specific areas. Police have also received reports from the Mid North Coast, the Hunter Valley, the Hills, and the Oxley, Nepean, and Port Stephens areas.

NSW Minister for Police and Emergency Services David Elliot said anyone who tries to take advantage of drought-affected farmers will be dealt with swiftly and severely.

“At a time when we are seeing unprecedented levels of drought affecting every corner of NSW, it is unthinkable that anyone would seek to exploit those who most need our support,” Mr Elliott said.

“This is a pathetic act and the Government will continue to back our police in their efforts to keep these online criminals away from communities struggling during these hard times.”

Detective Inspector Whiteside says it is important any victims come forward with information to support investigations.

“It is important not to be embarrassed. Scams succeed because they look like the real thing and catch people off guard,” he said.

“Our officers need as much information as possible in order to investigate these crimes thoroughly and find those responsible.”

If you have any information that might assist our investigators, please contact Crime Stoppers on 1800 333 000, or through Crime Stoppers.

Rob Thomas - 14 minutes ago
But its what we do best!... View
Pusongha SD - 22 minutes ago
Fad going to fade View
Andrea Mya Riboust - 55 minutes ago
Hate to say it but people being idiots was always going to happen, the events of this year alone are proof. I love Canberra a... View
News 9

Julie Macklin - 1 hour ago
Go tell him that. He wins; that's all that matters to him. View
Mac John - 2 hours ago
And it’s time for senator Seseljs to get out of politics View
Jason Ezra - 2 hours ago
A move to prevent an alternative emerging in light of the election result. And some think they care what the electorate actua... View
Property 2

Sue Davies - 3 hours ago
Good luck on your new adventure to you and your family View
Rosemary Rummery - 4 hours ago
Awesome news Canberra is so lucky to have Dr Nick make this his home . Such a nice sole and here’s hoping that his kindness... View
Natalie Gresham - 5 hours ago
Good luck with that 🤬 View
News 5

Guy Hosking - 3 hours ago
The Eugowra line provided the setting for the final shootout in the episode of Inspector Morse set in Australia. Closed short... View
News 26

ssek - 4 hours ago
Yes, a couple on the pension CAN own a home and have up to 876k in assets. How many do you realistically believe to be in tha... View
ACT Election 38

Kytie Mclign - 5 hours ago
Margaret Freemantle Maybe, but she was one of the Liberal Party's few Chief Ministers. View
Food & Wine 3

@The_RiotACT @The_RiotACT
An L-shaped floating pontoon will be delivered as part of the Batemans Bay Bridge replacement project https://t.co/dAQdoMPvzT (20 minutes ago)