Second round of exciting authors announced for Canberra Writers Festival 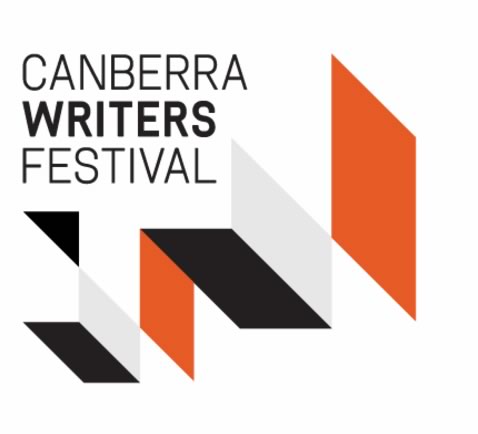 Melbourne Writers Festival Director Lisa Dempster who has led Canberra Writers Festival’s creative direction says “we have secured some amazing writers for the inaugural year of the festival and we are thrilled to announce the next round of inspiring authors and thinkers appearing at the festival”.

“Canberra Writers Festival will be a stimulating three days full of different activities to suit all audiences – we couldn’t be more excited. The programming committee has been working hard to ensure the festival brings its theme of Power, Politics and Passion to life across the city,” Ms Dempster said.

Festival Director Vickii Cotter promises a third announcement with more headlining authors. “Our second announcement adds even more talented local and national authors to the festival, and we still have more to come!” Ms Cotter said.

The Canberra Writers Festival is proudly affiliated with the Melbourne Writers Festival, part of the Word Alliance, a strategic international partnership promoting Australian writers to the World. The Festival is also honoured to be supported by the ACT Government in a growing and vibrant calendar of events in the National Capital.

A range of early bird ticket options are now available, including season passes and day tickets. Tickets can be booked online: http://canberrawritersfestival.com.au/tickets/ or by calling Ticketek: 132 849.

Hi there, season tickets are sold out but there are still plenty of day tickets available for the public. Session tickets will be coming soon.

From the CWF website:
“….. many international leading thinkers, all bringing their ideas and exuberance directly to a diverse audience.”
Sounds like a typical lefties love in to me.

Huh? “Allocation exhausted” so no tickets available to members of the public? I guess with this many sponsors there may not have been many spaces left: The Australian National University, Museum of Australian Democracy at Old Parliament House, National Museum of Australia, National Portrait Gallery, Canberra Convention Bureau and Newgate Communications; and Partners: The National Library of Australia, National Press Club of Australia, John Hindmarsh, Doma Hotels, ActewAGL and Swisse Wellness. nb what is the National Library of Australia doing sponsoring this event when they can’t afford to keep their core services going? They recently cut down the opening hours for some of their key public access rooms.

Hi Mordd and thanks for your feedback. You can get to ticket prices in two clicks from the main page by going to the Tickets tab in the right-hand navigation list then clicking on “Click here for ticket prices” under one of the ticket type descriptors. Cheers

Ah found it, the link I followed took me straight to the Ticketek site, then multiple clicks from there, it was their site I was having a dig at, not yours sorry. 😛 Sad to see the season passes are now showing as all gone though. 🙁 That was fast.

Hi Mordd and thanks for your feedback. You can get to ticket prices in two clicks from the main page by going to the Tickets tab in the right-hand navigation list then clicking on “Click here for ticket prices” under one of the ticket type descriptors. Cheers

Hmm, the pricing isn’t super cheap but I guess the lineup is worth it. Note the day passes for the 1st day are already 100% allocated apparently, only the 2nd day is showing as available. Session passes for the whole event are available though still so if you really want to go the 1st day you will need to go for the more expensive option it seems.

A bit annoying I had to click through about 7 pages though to actually get to a ticket price, whoever designed that website needs to be taken out back and flogged with a responsive UI design textbook.

Acton - 52 minutes ago
As baby boomers pass into the final stage of life we will need more palliative care at hospitals, hospices and especially at... View
Breaking 1